Headstones in Moline cemetery ‘sinking’ into the ground

Headstones have sunk at least six inches into the ground at Rose-Lawn Memorial Estate in Moline, said Lori Griffith. Griffith, who has several family members bu... 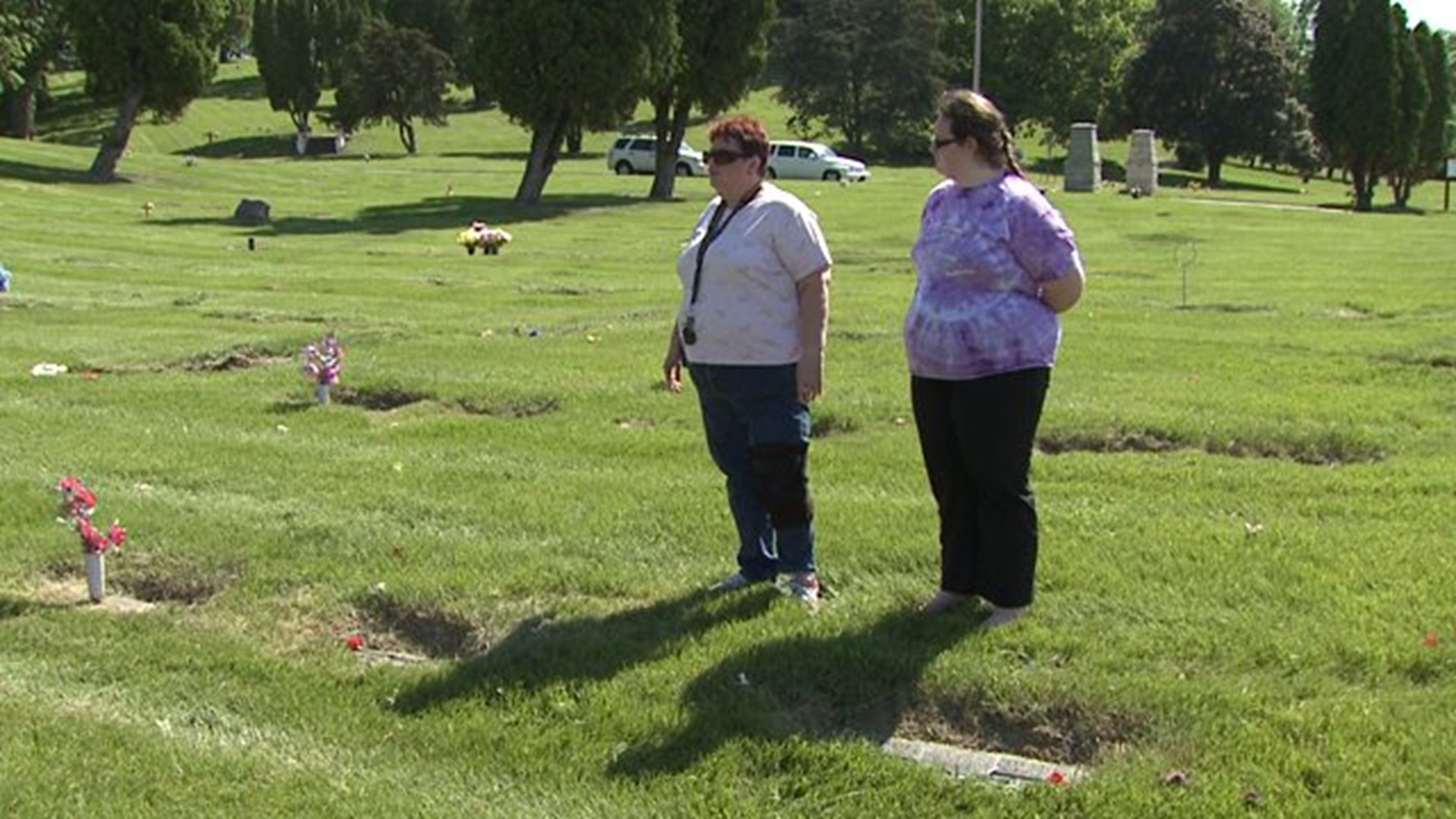 Headstones have sunk at least six inches into the ground at Rose-Lawn Memorial Estate in Moline, said Lori Griffith.

Griffith, who has several family members buried at the cemetery, said she went to visit her family's memorials, but couldn't find them. They were covered with grass and had settled several inches below the grass line.

"They're sinking down so far that it's growing over," Griffith said as she pointed to the grass leaning over the flat headstone.

"And then you look all up and down here and it makes you sick," she added.

About 100 yards from Griffith's family headstones, 89-year-old Rodney Jamieson digs through the dirt covering his family's headstones. On his knees with a shovel and a bucket of dirt, the 89 year old gasps, then continues digging to uncover the headstones.

"I shouldn't depend on somebody to keep them all cleaned off because they would be out here forever," Jamieson said.

Greg Vogele, the court-appointed receiver of Rose-Lawn Memorial Estate, said the State of Illinois is battling to obtain ownership of the cemetery from its previous owner, Richard Cody, who reportedly died in November of 2008. Vogele currently overlooks the land, ensuring it's mowed and kept clean. However, Vogele said the family is responsible for purchasing the granite used to keep the stones from sinking.

Lori Griffith is unsure when or if she will be able to afford the fix, but cautions those who visit the cemetery to be careful, fearing the sunken graves serve as a trip hazard.