Roof and wall damaged at mall in Sterling, Illinois

A wall and part of the roof were destroyed at Duham’s Sports, in the Northland Mall in Sterling, Illinois. 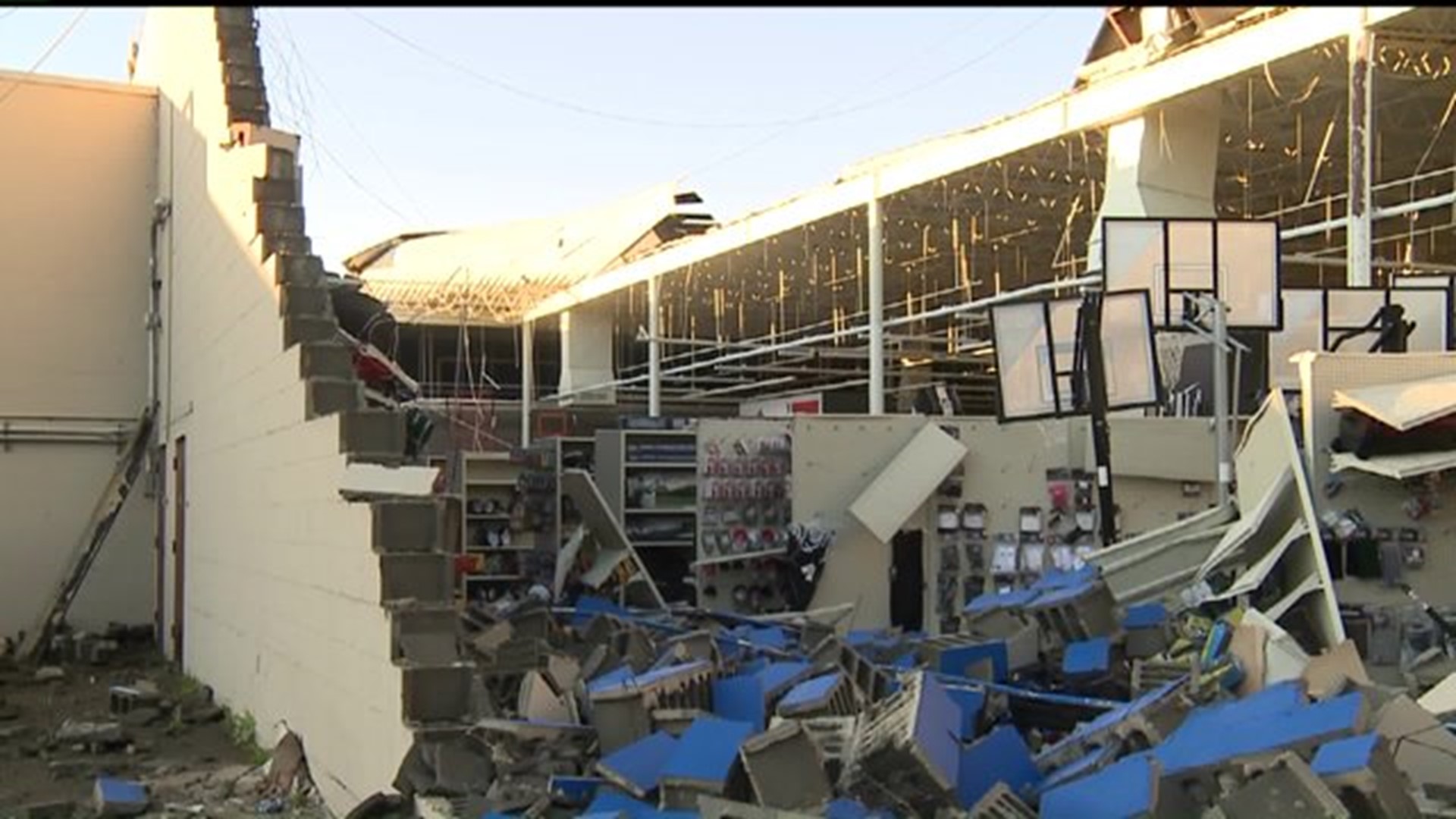 Damage was widespread as the evening brought another round of strong storms to counties in and around the Quad Cities Monday, June 22, 2015.

A wall and part of the roof were destroyed at Duham's Sports, in the Northland Mall in Sterling, Illinois.  Patrons and employees were inside the building at the time of the storm; no injuries were reported.  Some people reported huddling with others in a mall bathroom while the storm passed.

Merchandise, including guns and ammunition, inside the store were secured by police.  Police put up caution tape to rope off the area around the mall just after 10 p.m.

Hail, strong wind and heavy rain were also reported with the storms.  Thousands of Rock Falls and Amboy residents lost electricity during the storm, and outages were still widespread after 10 p.m.

The National Weather Service sent crews Tuesday, June 23, 2015, to assess damage in the hardest-hit areas. Sterling Police also say that the Northland Mall will be closed 'until further notice' so crews can clean up the debris.

Store owners arrived the day after the storm to find standing water in some areas of the mall.  Northland Mall was reportedly the only structure to suffer significant damage in Sterling.

Roof and wall damaged at mall in Sterling, Illinois