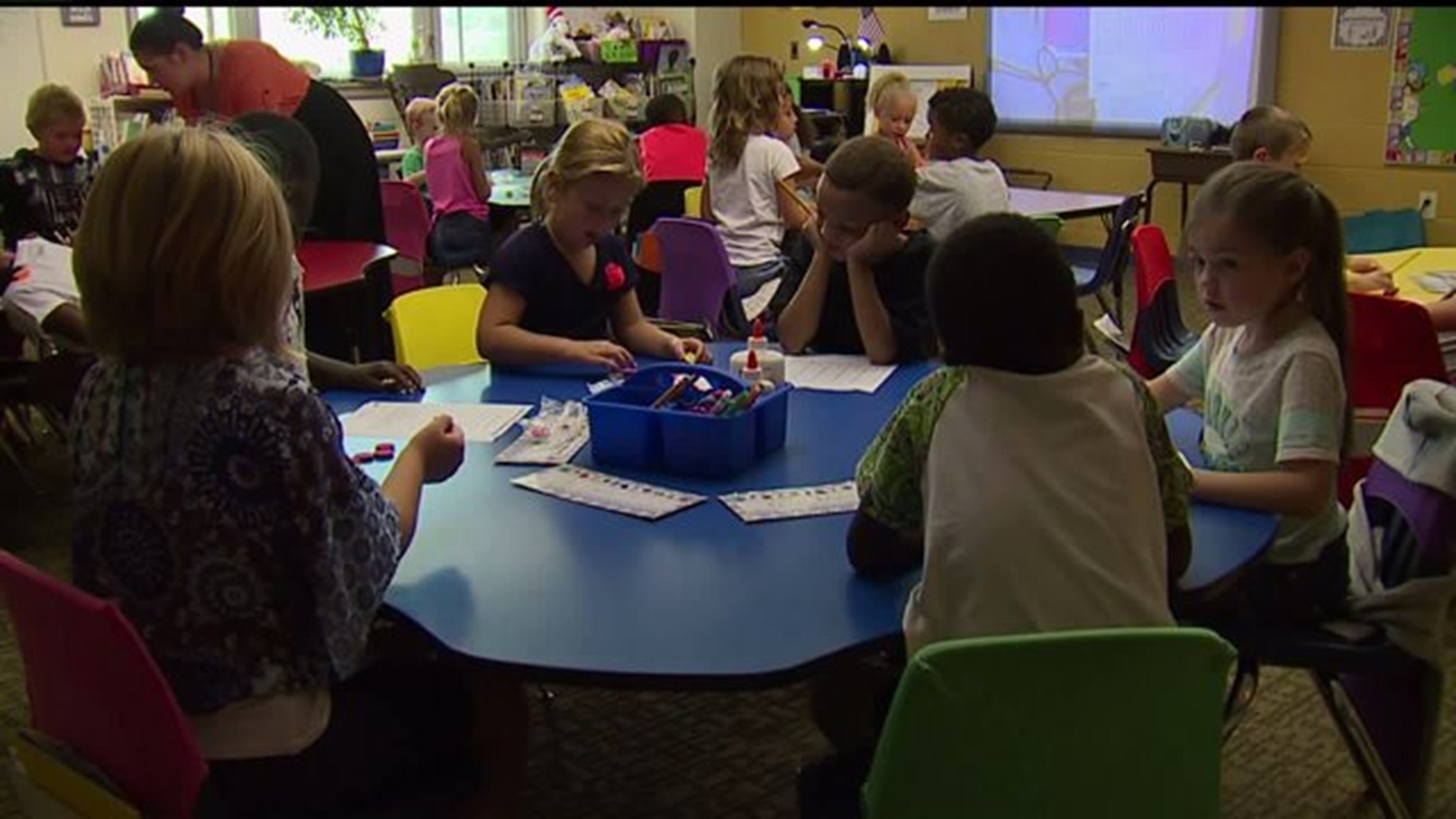 Rock Island, Illinois - It's a new school year with a new way to learn math at the Rock Island/Milan School District. They've adopted a new program for grades K-5. Not only does it align with Common Core standards but it's helping students get a true understanding of Math.

"We needed a curriculum that was going to meet all of our needs teachers were able to use parts of what we had before but it wasn`t meeting our student's needs," said Julie Hansen, first grade teacher at the Rock Island Center for Math and Science.

So a few teachers did some research and found Eureka. Last year 20 teachers piloted the program.

Mrs. Hansen was one of them, "By the end my test scores were proving to me that it was definitely worth pursuing for the district."

Unlike some curriculum that has been modified to say it fits Common Core, Eureka Math was written specifically for it.

"It truly does use real world applications problems to help take the fear out of math for students but to make those real life connections for students," said Kathy Ruggeburg, assistant superintendent of teaching and learning for the district.

Instead of students learning to memorize numbers, they're learning to understand why they work the way they do.

Through fluency activities to application problems, now looking at not one way to solve a problem but several.

"We deserve to prepare students in a classroom before they`re measured on any type of standardized assessment," said Ruggeburg.

The school district is also considering adopting Eureka Math in the older grades.