Rock Island teens compete for $10,000 dollars to better the community 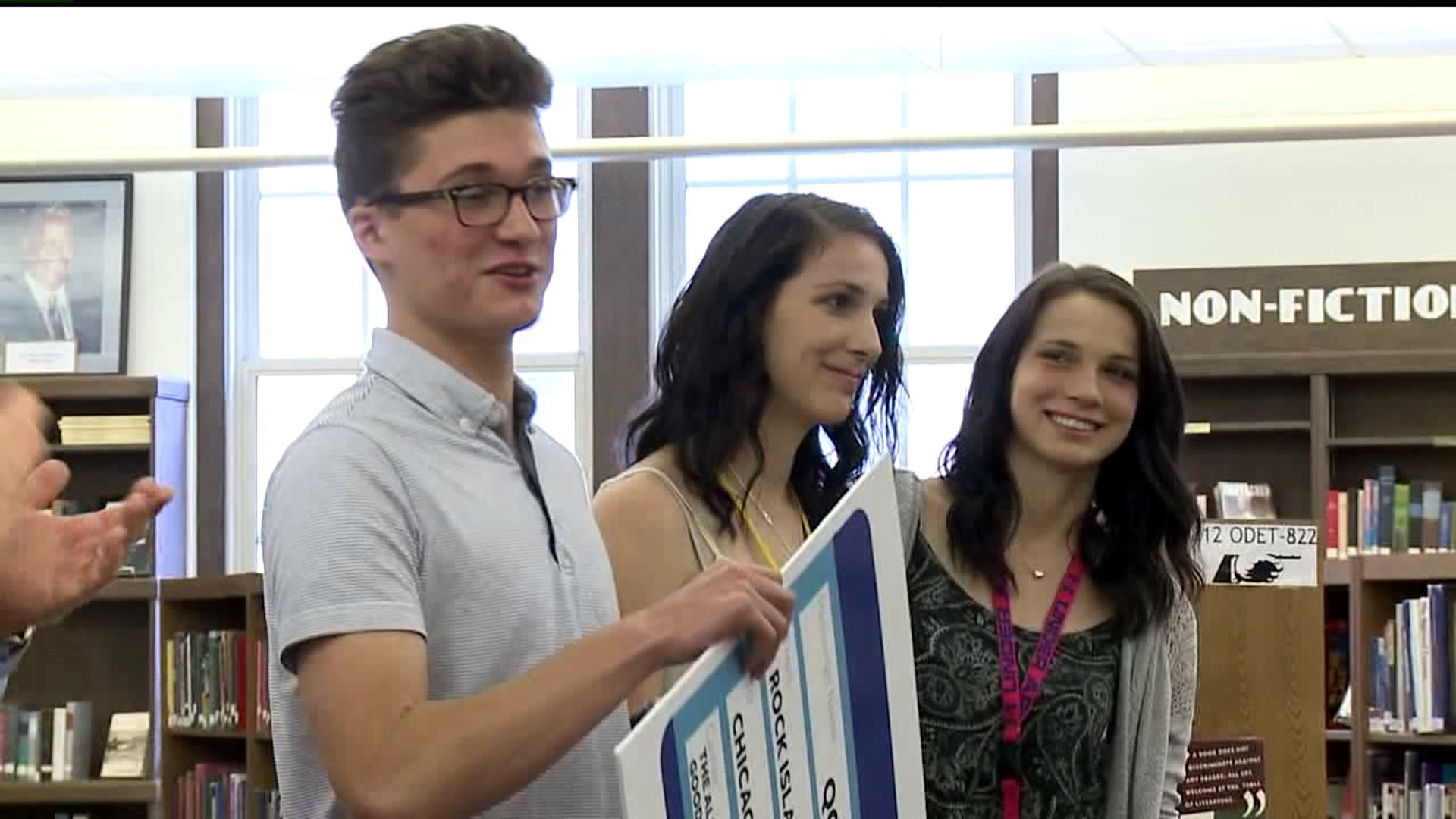 ROCK ISLAND-- Some Rock Island teens are competing for $10,000 dollars to better their community.

A team of students from the organization QC Closet 2 Closet, were chosen as finalists to compete in a contest called the All State Foundations Good Starts Young Rally.

The contest encourages teens to get involved in the community to create a positive impact.

The three teens Amber, Amy, and Logan Haskill were surprised on May 25th, by the announcement at the Rock Island High School.

The two girls, sisters Amber and Amy, were inspired to start the organization after experiencing the foster system themselves, says their foster brother Logan Haskill.

"A lot of kids either have difficulty moving they have to have a social worker drive them, their foster parents cant get them there. It's really grown from there and we've had a lot of community involvement," says Logan.

The group also focuses on offering new and gently used clothes to local youth as well as creating care packages for those who can't make it out to their services.

They will be one out of ten group competing in Chicago in June.

There, the group will present their idea to expand their projects to a panel of judges to turn their ideas into reality.

"It's important for them to provide opportunities to give some of the money to them so they can further their cause," says Kraigg Knary, an Allstate agency owner.

If they win the the team hopes to use the money to find a permanent location for their organization.