“You treat people the way you want to be treated. In order to get respect, you have to give it,” says Brooks. 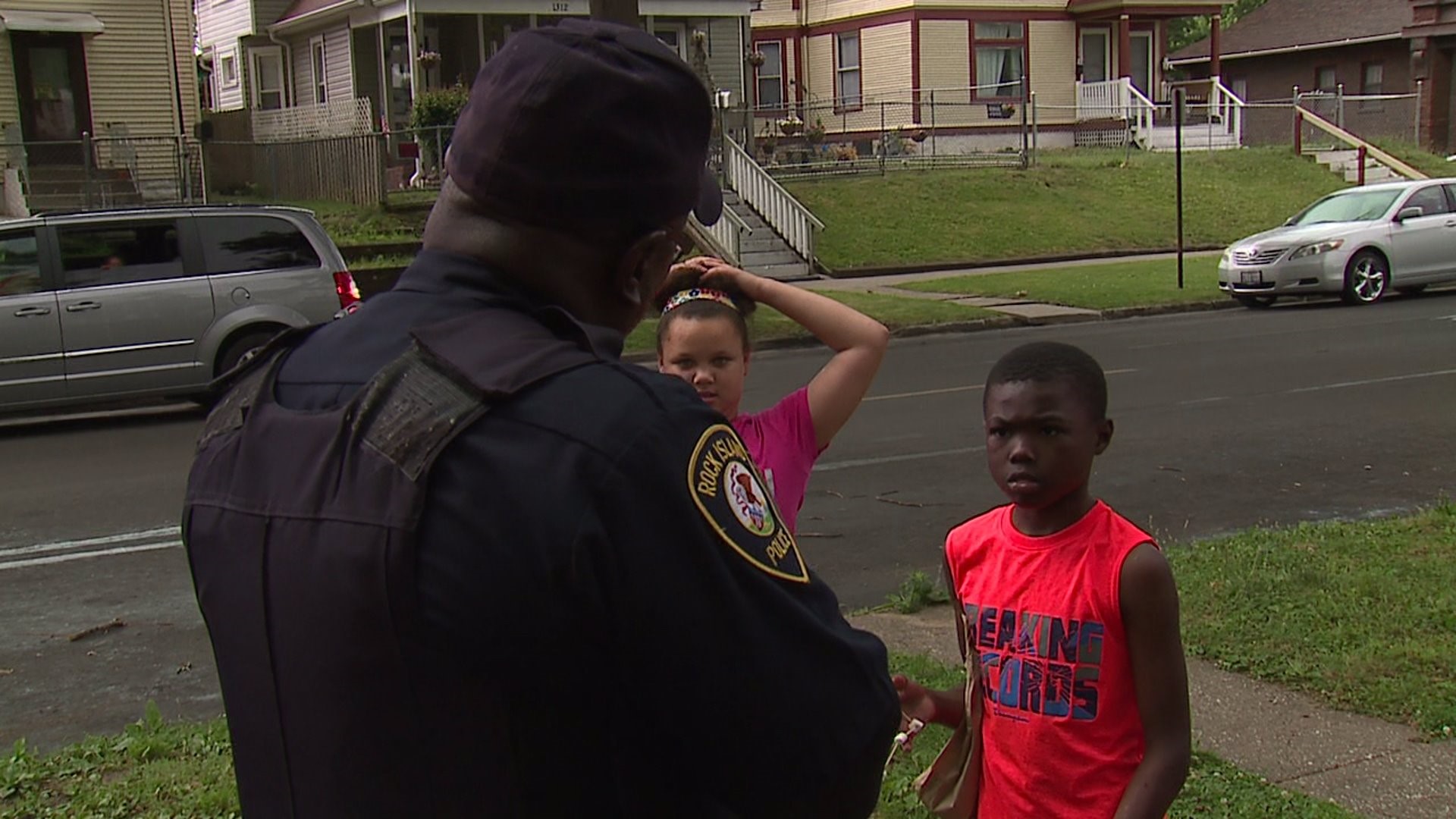 He's a beat one cop in Rock Island.

"Glenhurst Court in particular is a problem neighborhood for us," says Brooks.

That means he patrols the area most concentrated with crime.

His tools of choice include a smile, conversation, and his feet.

Most places he goes, Officer Brooks patrols on foot instead of from his car.

"If I can get one out of ten to listen to me, I feel I made a difference. I try to talk to folks, give them a different perspective on what we do. We do not go out of our way to mess with individuals," says Brooks.

It's not only the new faces that make is job worthwhile, he has a special connection to the west side of town.

"I remember when this neighborhood was a great place to live. What I hope for is to run all the evil doers out of here," says Brooks.

He used to live on Glenhurst Court. He takes pride in the neighborhood that taught him an important lesson.

"You treat people the way you want to be treated. In order to get respect, you have to give it," says Brooks.

It's a lesson Officer Brooks found out the hard way that changed everything.

One night in San Diego, Officer Brooks was walking with some friends in a neighborhood with a reputation for gang violence. Police stopped them.

"We were put down in front of a gate at gunpoint because they said we matched a description. That kind of hurt. I felt like I was being profiled, but we cooperated and everything was fine," remembers Brooks.

That night is something he thinks about everyday.

He is leading by example, hoping to change the way people see the men and women in blue.