Quad Cities cannabis businesses are anticipating a rapid increase in the number of people using medical marijuana as Illinois makes it easier for patients with ... 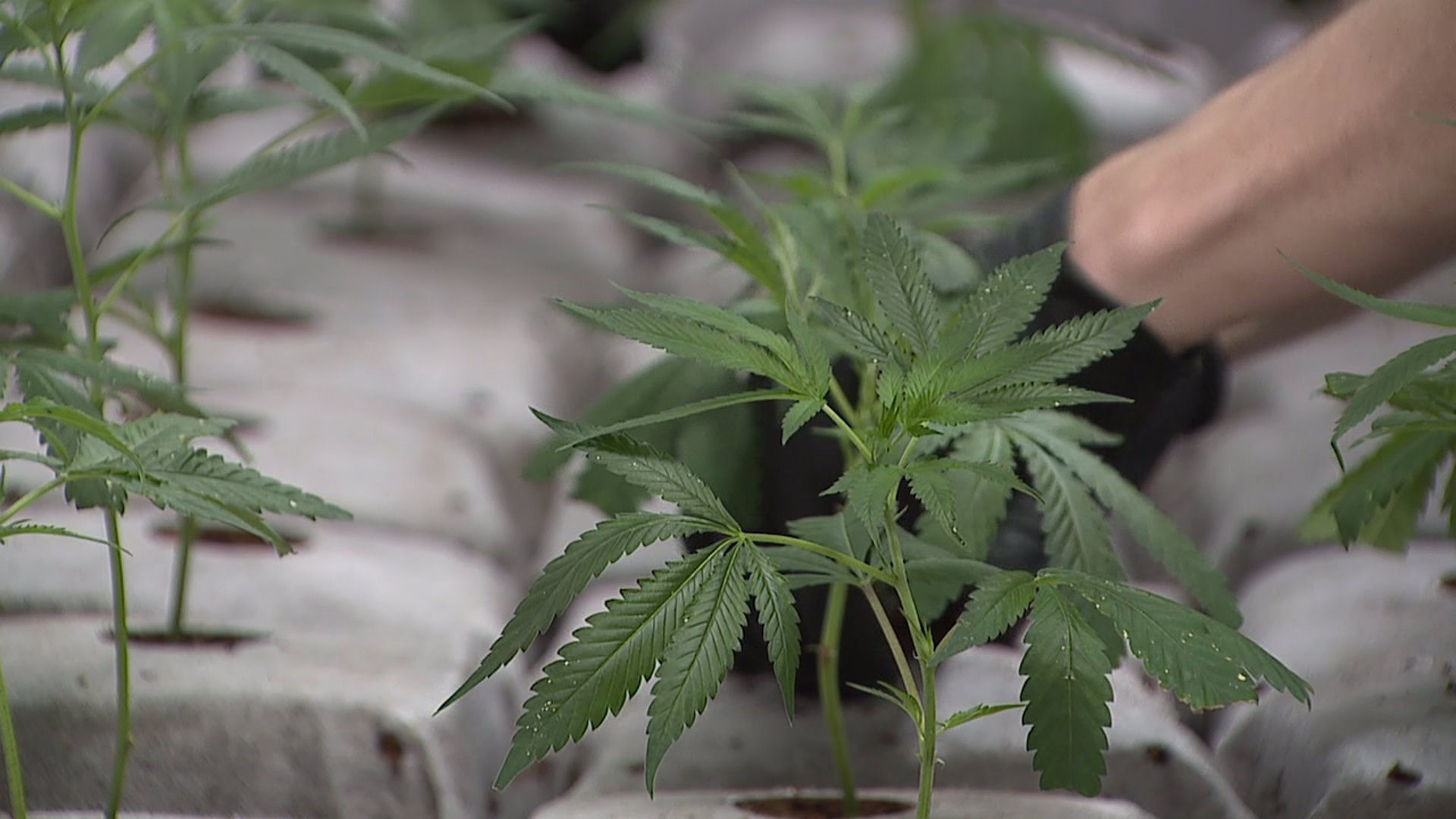 ROCK ISLAND, Illinois -- Quad Cities cannabis businesses are anticipating a rapid increase in the number of people using medical marijuana as Illinois makes it easier for patients with qualifying conditions to register for the medical cannabis program.

"We have plans to expand this site by 60 percent," said Charles Amadin, general manager of the Green Thumb Industries Rock Island and Oglesby facilities.

In this facility, we have 100 strains that have a variety of benefits," Amadin said.

News 8 got an exclusive look at Rock Island cultivation center wherein closely controlled environments, growth specialists tend to plants from the clones, stems cut from mother plants, through the different stages in their life cycle.

In February, Illinois began making it easier for people to apply online and with qualifying conditions, patients could receive a provisional access registration cards in 24 hours. Patients can take the provisional card to a licensed medical cannabis dispensary.

"We have already seen an increase in patient count because of the actual process of patients being able to obtain temporary approval within 24-48 hr period that is existing now," Amadin said, noting that Illinois' count of patients receiving medical marijuana treatments has jumped in February.

The state's latest figure from February puts the number of patients at 57,837.

Four years ago, when GTI began building its Rock Island center, the, there were only 2,663 patients on medical marijuana.

With its expanded space coming online in September, Amadin says the center will have the capacity to produce double the amount of usable cannabis, or another 7000 pounds.

Edibles have become more popular, says Shannon Ballegeer, a manager at Nature's Treatment of Illinois, a dispensary in Milan."

Edibles have a longer lasting effect and tend to use that for longer pain relief," she said.

With an eye on the expansion of the medical marijuana program, as well as a new Illinois law that allows patients to choose medical cannabis in place of a prescription for opioid, the dispensary is also looking to double the square footage of its store."

"We see [the opioid alternative program catching traction over the next few months, so we expect a lot more patients," she added.

"We need a lot more room for patients," Ballegeer said. "So it’ll be a waiting room expansion, another parking lot expansion. It gives us a chance to help more people."

A room for private consultations will also be added, she added.

She said the expansion will allow the staff to serve 2000 patients by next year, up from 1000 patients today.

But another huge boon for the industry will be the legalization of recreational adult use, no longer a question of if but when.

Those in the growing cannabis industry say, for now, their focus is still patient care. But these developments are helping to remove the stigma around cannabis, allowing cultivation centers and dispensaries to ramp up operations.

"A lot of people have stigmas about medical cannabis, but when they come into this facility and see how professional it is, and how much care we take, a lot of doors open up," Amadin said.