It’s called tin disease or tin pest, and just like a disease, it can spread rapidly on the affected metal. At Rock Island Arsenal’s Joint Manufactur... 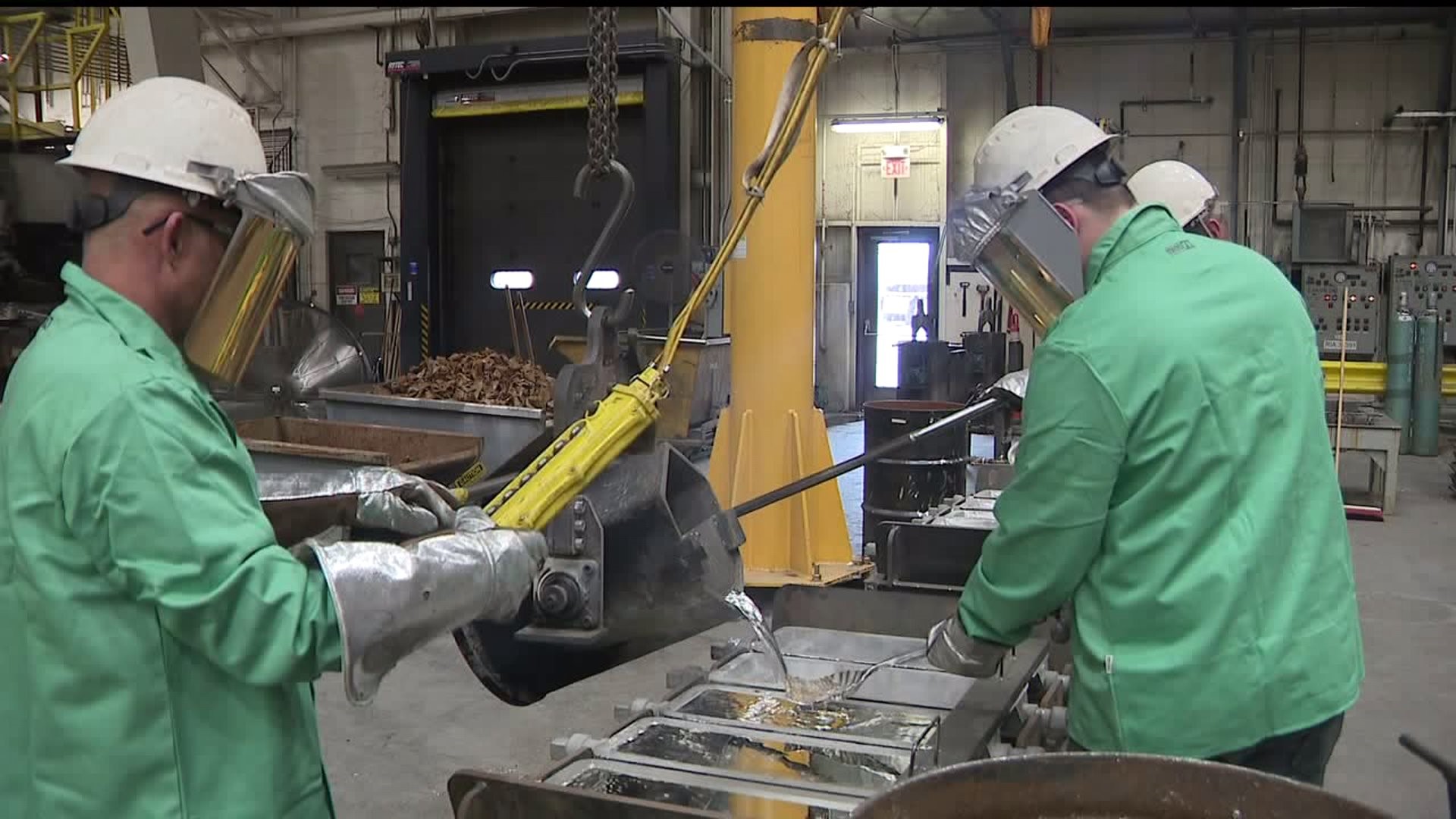 ROCK ISLAND ARSENAL, Illinois -- It's called tin disease or tin pest, and just like a disease, it can spread rapidly on the affected metal. At Rock Island Arsenal's Joint Manufacturing and Technology Center, crews have found a 'cure' that saves taxpayers millions.

The Defense Logistics Agency, which provides combat logistics for the Department of Defense, was grappling with more than nine million pounds of diseased tin at its Indiana storage location.

"The nine million they have in storage, it's all bad," said Bill Holgorsen, a program manager at RIA-JMTC.

"Tin pest is caused when you don't store it at the right temperature. What tin pest is, it's a disease, it eats away at the metal, kind of like rust on a car," he explained. Unlike rust on a car, "I can still get tin out of tin pest."

At the arsenal factory, crews have found a simple solution to reclaim the crumbling, discolored tin.

Hot Metals Division Chief Jamie Morris explained the process: Working off orders from the DLA, furnace operators start off with three ingots, put it in a ladle and melt it at 500 degrees.

'When you heat it up to that temperature and actually melt the tin, the stuff that is decomposing, it stays as a solid. It floats to the top and it's easy for us to skim off," he said.

Workers are able to reclaim about 95 percent of the diseased tin, he said.

"The government alone is trying to look at ways to save money, instead of always spending money," Holgorsen said. "Well instead of just scrapping out 9 million pounds of tin, which is pretty expensive, they have figured out a way to reprocess that. They have also got a lot of rare metals they want to reprocess that DLA has. They are currently going through their whole stockpile, to see what we can reprocess."

The end result is 99.8 percent pure tin, Holgorsen added: "It allows the DLA to sell it for even more money than what it was originally at."

The reprocessed tin, shining with a golden tint, is then shipped back to Indiana.

DLA's Strategic Materials division uses it to make parts in a variety of defense projects or sells it contractors and other government agencies.

The tin pest project has been a boon for Rock Island Arsenal, creating consistent work load on the factory floor.

"It's going to take five to seven years," to get through the entire stockpile, Holgorsen said. The arsenal factory has already processed 1.2 million and he anticipates another five years of work.

But it's not just about savings, Holgerson said.

"In the event of another war, which God I hope we don't have one, they have the stockpile they can get to any Army installation or any vendor they need to get the product to the solider as quickly as possible."