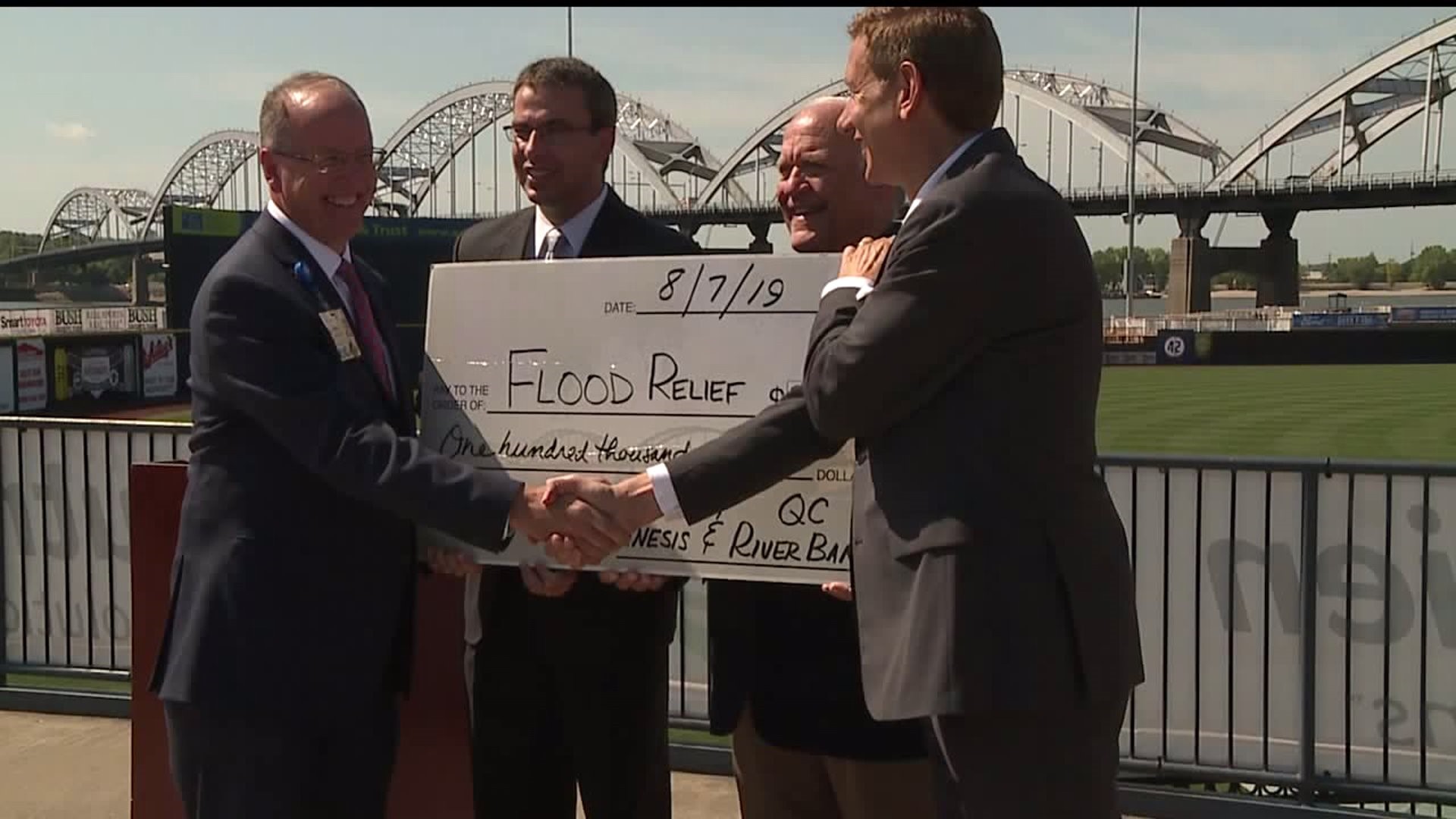 Humility Homes and Services will receive $33,000 and $40,000 will go to the Grow Iowa fund. The remaining $40,000 will also go to a local flood relief organization, but a specific group has yet to be determined.

This spring's record flooding closed Downtown Davenport for nearly three months, and the flood caused millions of dollars in damages.

"We just felt this was the least we could do, and we've been around for 150 years," says Doug Cropper, Genesis Health System CEO & President. "We wanted to be able to participate and help those who were so dramatically impacted."

"For 150 years we've been fulfilling our mission to help those in need. And we celebrate that mission, but that mission only becomes valuable when it becomes alive," Cropper says. "We do much more than healthcare, and this is an example. We`re the hometown team and we wanted to help people recover from this devastating flood."

Cropper and River Bandits owner Dave Heller expect to pick a group for the remaining $40,000 in the next few weeks.