DAVENPORT – Relief efforts for victims in Texas are pouring in, many even coming from right here in the Quad Cities. It’s officially football season... 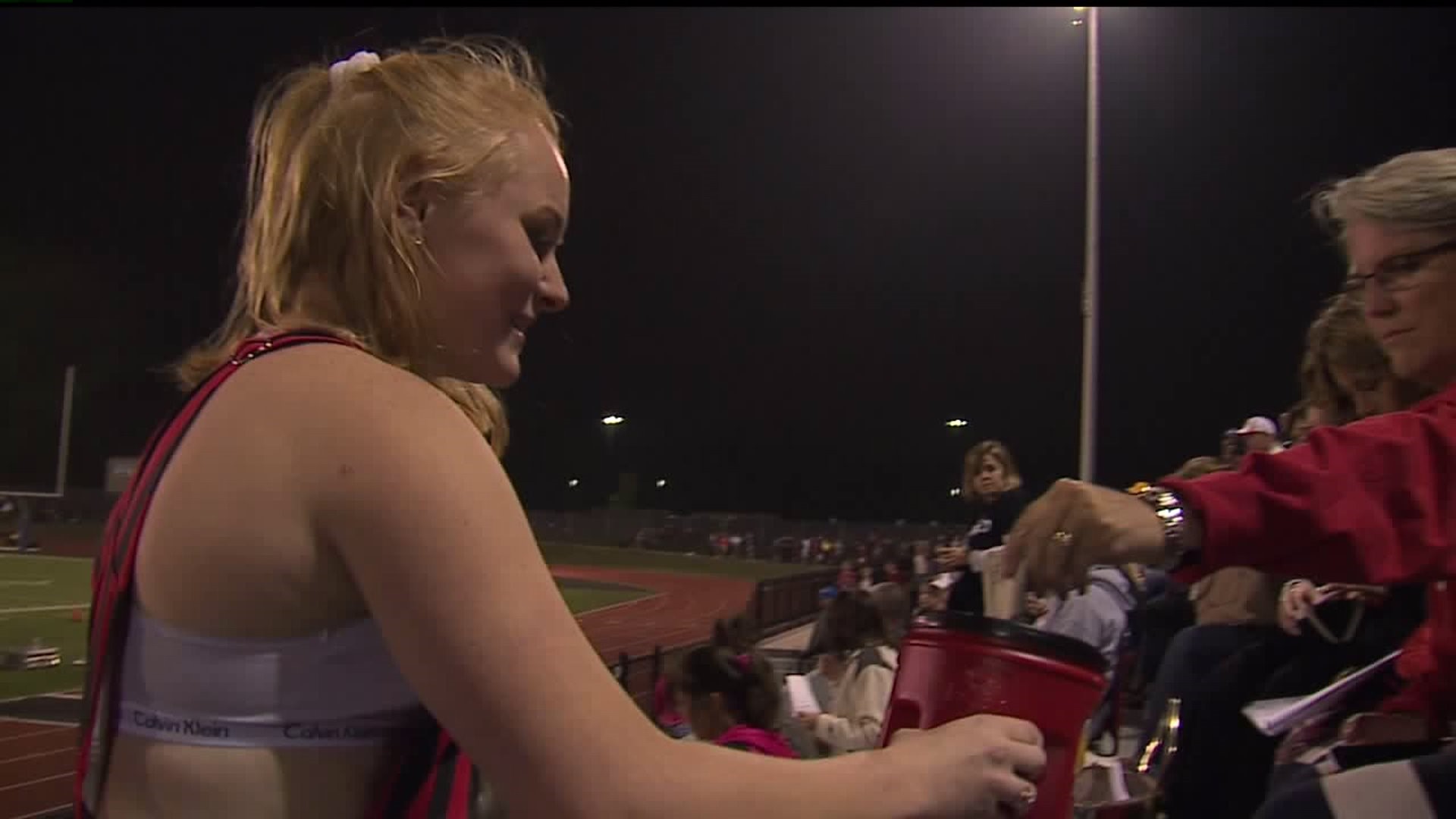 DAVENPORT - Relief efforts for victims in Texas are pouring in, many even coming from right here in the Quad Cities.

"Bettendorf and assumptions been rivals since I don`t even know, a long time," said Assumption High School student, Trent Fitzpatrick.

However, on this night the rivalry is put aside. Off the field, both schools are playing for the same team.

"It's cool that other schools can kind of put away their differences and just kind of come together with a common goal," said Mason Chin, a student at Bettendorf High School.

Both schools wanted to help those who have been affected by Hurricane Harvey. At the game, both student's sections were flooded with Texas themed apparel.

"I got some jean shorts a funnel cowboy hat," said Fitzpatrick showing off his outfit.

It wasn't enough for them to just wear cowboy hats and overalls, they wanted to do more.

During the games, students went around the stands to collect money.

"They need our help every penny every dollar counts towards their cause and a lot of guys are stranded out there and if we support these guys and show our support it will hopefully make other people see it and put more money towards the cause," said Fitzpatrick.

Collecting money for complete strangers thousands of miles away, "Living in the Quad Cities we`re blessed to have great lives here. We don`t have to worry about much, but there are people outside of the Quad Cities and outside the state of Iowa that need help," said Chin.

At the end of this game, it's not about the final score, it's about coming together when help is needed.

"I think that's the end goal like if this happened to us like do unto others like you would want them to do unto you," said Julia Schumacher.

All the money raised at the game will go to the American Red Cross.