Ride along with News 8: How do trains get through Davenport flood waters 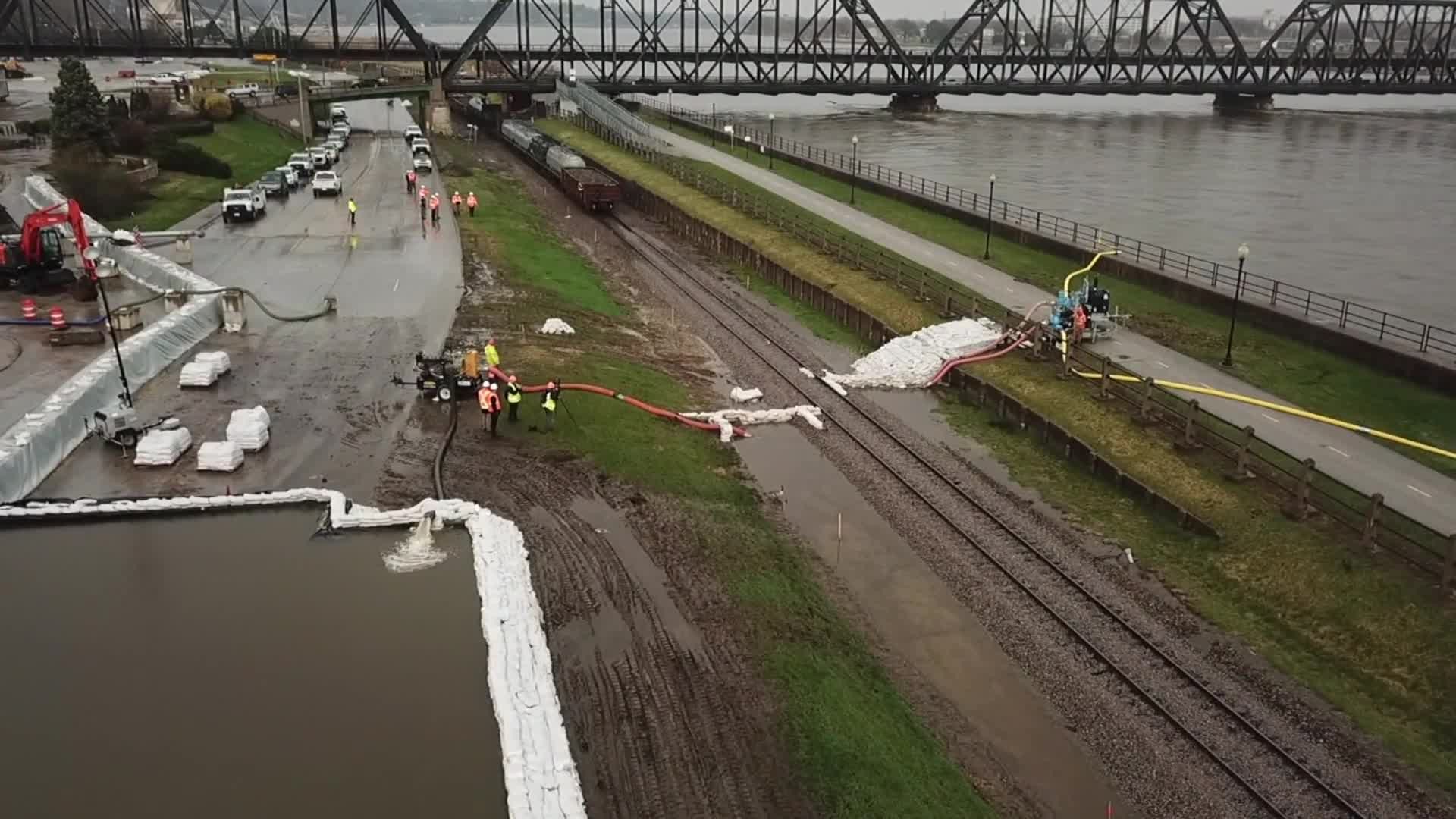 Raising the tracks has allowed the railroad to continue operating over Davenport's flooded tracks. However, that has forced the River Bandits to remove a pedestrian bridge to Modern Woodmen Park, and it's unclear when fans will be able to see a home game at the ballpark.

The raised tracks will also require the railroad to fix other downtown Davenport crossings.

"We had some folks from our engineering teams so we could talk about the technical details of what these crossings are going to look like when they're done," said CP Rail spokesman Andy Cummings.

Mayor Klipsch told News Eight that railroad reassured the city about its future plans for the use of Modern Woodmen Park, as well.

In addition to raising the tracks, the railroad is also keeping a critical area dry. Called the depression, the area under the government bridge in Davenport is surrounded by physical barriers and has six high-powered pumps.

"And in years gone by this would have been underwater during the floods," said CP Senior Vice President of Operations Tony Marquis. "But this year we’ve taken action to keep the depression open," he said.

Meanwhile, the locomotive never travels through the deepest water.

"So now we’re into what we call a true push-pull operation," said Marquis.  "We have to push the cars through without a locomotive going through the water, and then we have locomotives on the other side that will pull them out," he said.

A crew in a high-rail truck inspects the tracks after every train -- about a dozen times a day.

"It's something that you can't take your eye off of, and we aren't. We're staying right on top of this," said Marquis.