Months after people in the Quad Cities took part in a community-wide conversation, known as the “Quad Cities Big Table,” leaders came together to sh... 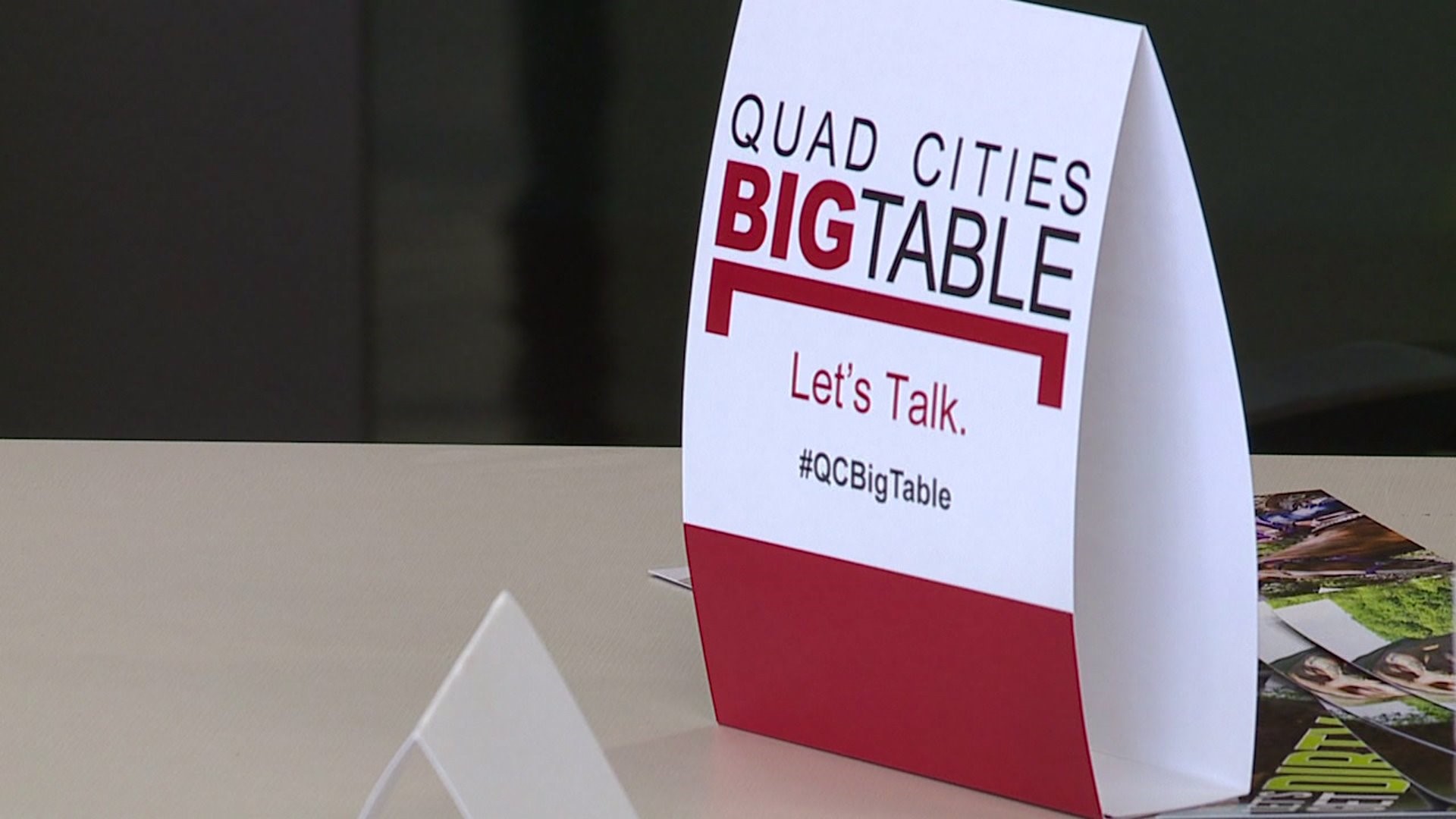 DAVENPORT, Iowa -- Months after people in the Quad Cities took part in a community-wide conversation, known as the "Quad Cities Big Table," leaders came together to share the results.

Big Table host, Tracy White said the results of her table surprised her. She said her intention was to have a fair representation of the community to see how divisive the conversation would get.

"I found out that as Quad Citizens, we are more alike than unalike," she said.

In their group, White said they talked about how to make newcomers feel more welcome, a topic which more than a third of groups said they discussed (scroll down to see a list of the most discussed topics).

Northwest Bank President and CEO, Joe Slavens, said he hosted one table and attended another.  He said his group discussed small business, a topic that falls under economic issues as well as community engagement.

"We need to be paying attention to them and nurturing those small businesses," said Slavens.

To start, Slavens said each member of his group agreed to make it a point to eat at a locally-owned restaurant.

"People act when they're passionate," he said. "When they're interested and they talk about it. talking about it leads to action."

Another Big Table discussion is in the works for April of 2019.