Smoke was visible from Interstate 80 as equipment and crews blocked Leclaire Road to fight a fire at Del’s Eatery and Pub in downtown Eldridge, Iowa. 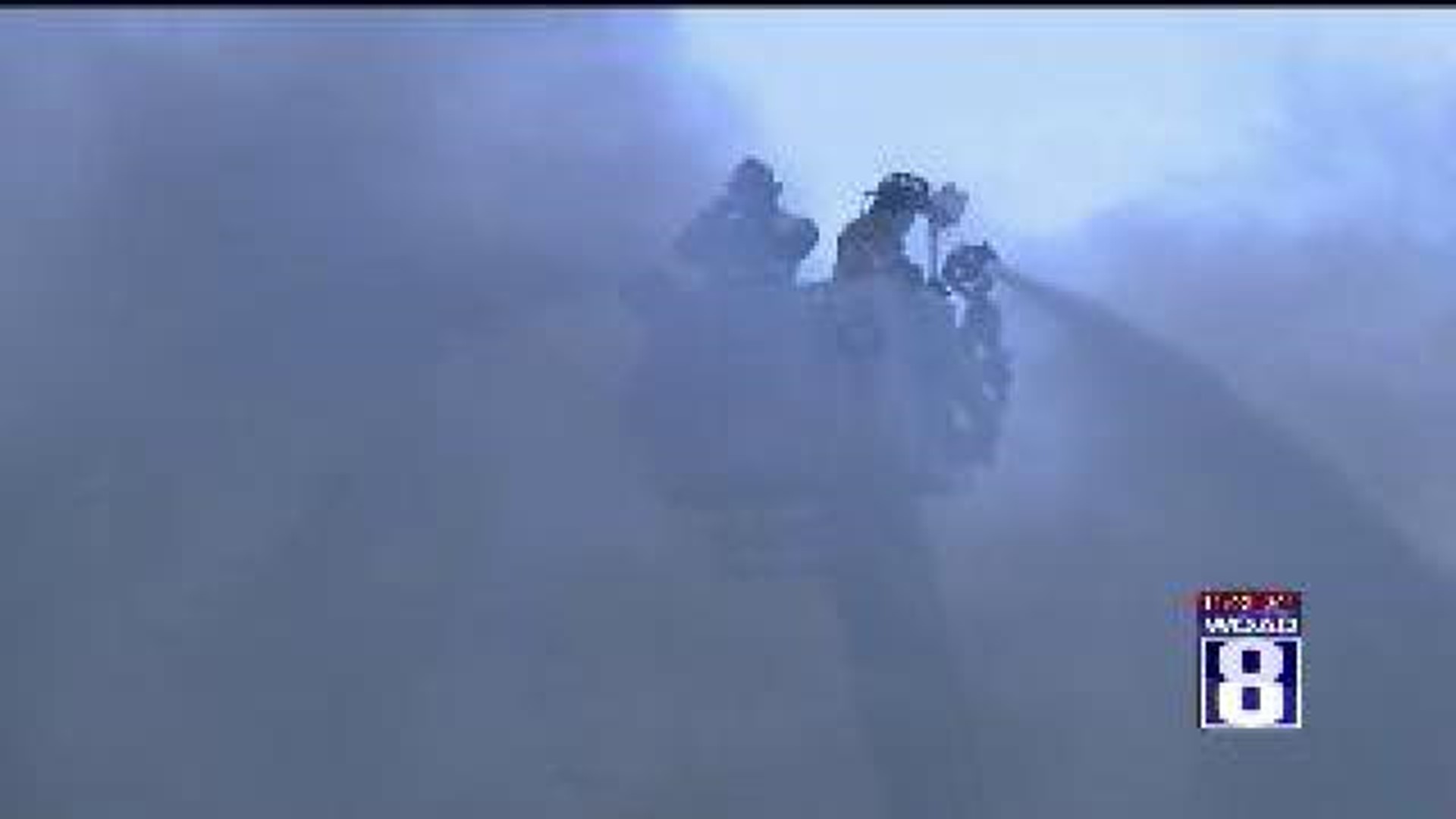 Smoke was visible from Interstate 80 as equipment and crews blocked Leclaire Road to fight a fire at Del’s Eatery and Pub in downtown Eldridge, Iowa.

The business, at 102 West Leclaire Road, was reported on fire at about 8:20 a.m. Thursday, January 17, 2013.  Smoke and fire were showing from the back side of the building as firefighters arrived.

A witness reported the fire seemed small at first, but quickly grew and spread.

Hours after the fire was reported, it continued to burn.  About an hour after it was reported, the roof of part of the building began to collapse.

Fire was so heavy that crews reportedly set up for a defensive firefight because they were unable to go inside the building.  Most of the fire appeared to be in the main ballroom area of the building.

Watch more video of the fire as it happened - click here.

Firefighters on the scene did not report any injuries.  Initial reports were that the building was unoccupied at the time of the fire, but later information indicated the business owner and two customers were inside and actually discovered the fire.  They quickly left the building and called 911.

Crews were also concerned about the potential for the fire to spread to the neighboring post office, located just to the west of Del’s.

Firefighters from many Scott County communities were sent to help, including crews and equipment from Davenport, Donahue, Princeton, Long Grove and LeClaire were sent to help fight the fire.

Classes were held as usual at North Scott High School, located just south of the fire scene.  Homes and businesses in the area around the fire scene experienced periodic power outages as a result of the fire.