“I’m just really disappointed in our city leadership because it never needed to come to this, on both sides,” said Muscatine resident Paul Car... 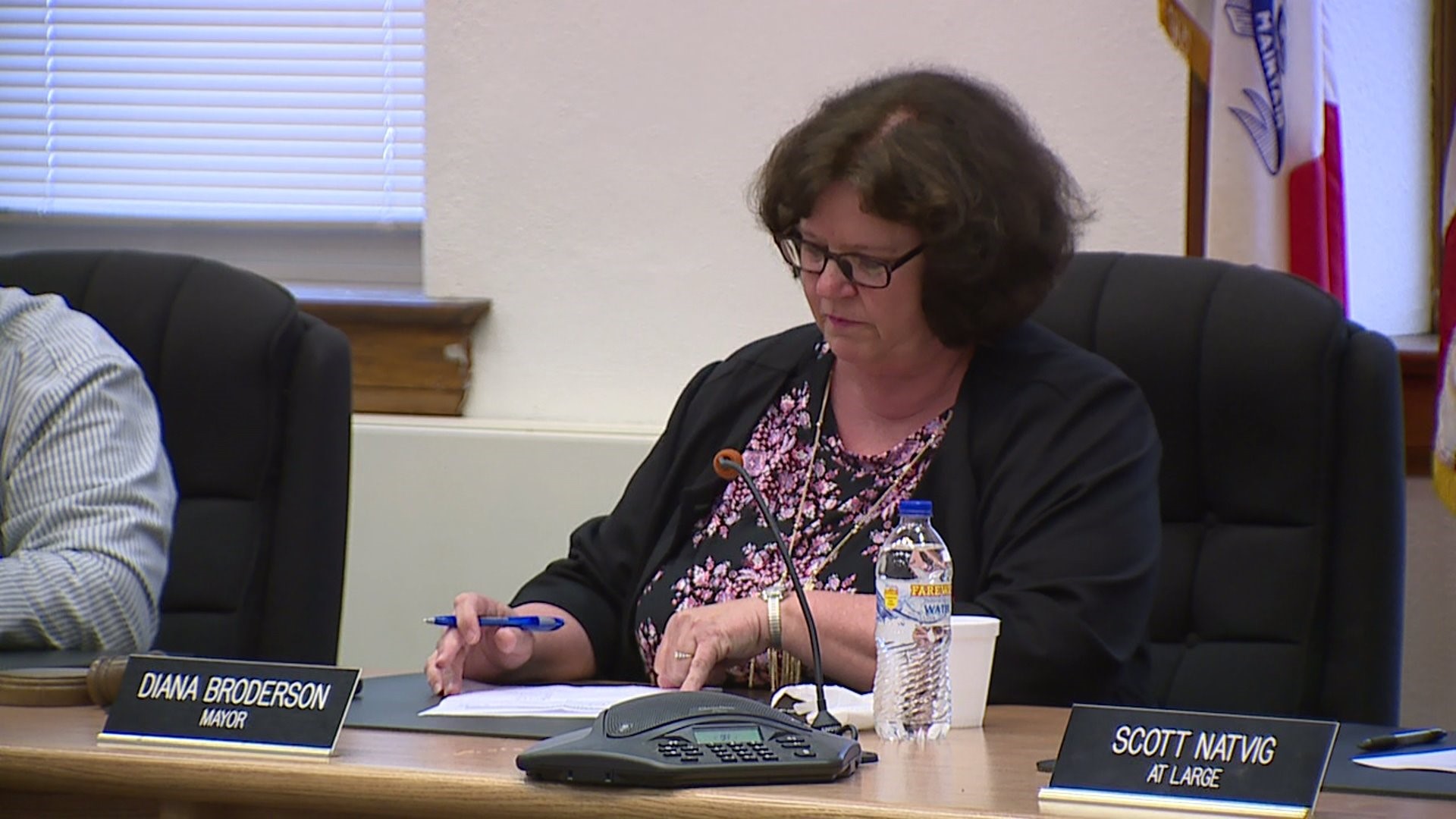 MUSCATINE, Iowa - It's the talk of the city the day after the Muscatine city council removed the mayor.

It only took three minutes to make a decision during Thursday nights meeting to remove Mayor Diana Broderson.

"I feel bad for Diana, she didn't deserve any of this and they need to make sure who they elect into office, they know what they`re doing and how to do it," said Muscatine resident Claire Martin.

"I'm just really disappointed in our city leadership because it never needed to come to this, on both sides," said Carroll.

Some citizens said they think their leaders have turned their backs on them.

"We`re nationally known for this idiocracy going on and it`s all over ego, it`s got nothing to do with the people that voted her into the position," said Muscatine resident Teri Cocco.

"It`s poor leadership at many levels and sadly we see this inability of our leaders to back up and re-think a decision on all levels," said Carroll.

They also think the city is wasting money when Broderson only had five months left in office.

"They`re wasting a heck of a lot of money on stuff that doesn't matter, have you driven on that road, okay that`s kind of what matters," said Cocco.

This issue, that's been going on for months, has made an impact on the people who live here.

"I've been here 41 years... and there is so much things that you`re not aware of until you get into a situation and then you sit back and you say, gee I live here," said Martin.

Broderson said she is waiting for the city to make the minutes from last nights meeting public so she can file with district court.