The Rock River at Joslin is now in major flood stage at 16.7 ft. However, by as early as Saturday night, the river will crest at just over 19 ft. 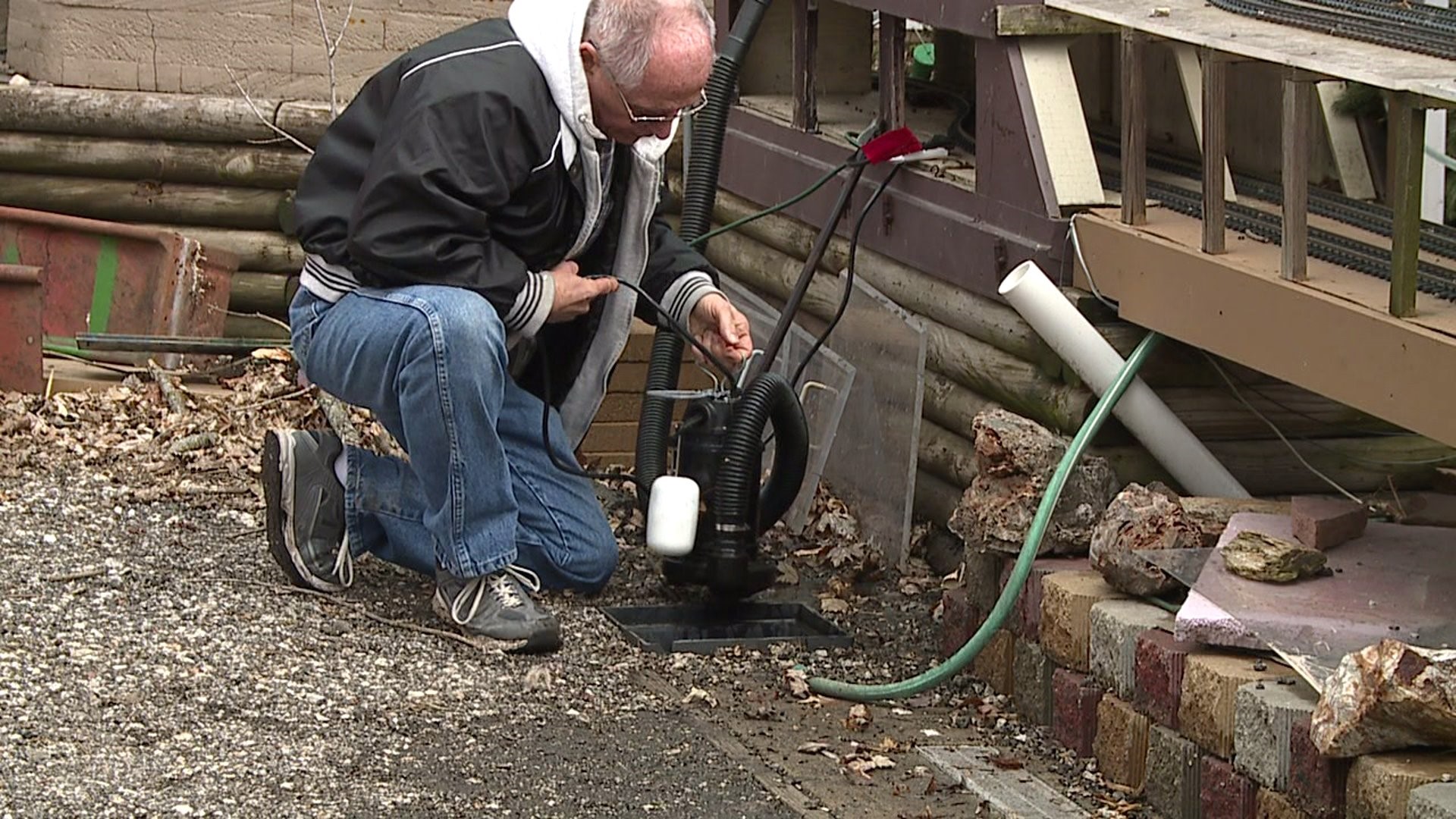 BARSTOW, Illinois -- The Rock River at Joslin is now in major flood stage at 16.7 ft. However, by as early as Saturday night, the river will crest at just over 19 ft.

For Dale Frels and his family, flooding has become something they are used to. His son, brother and even his own father have all lived in three separate properties in Barstow. Unfortunately, all are in the depths of flood waters.

And after decades of living in Barstow, Dale and his son, Gene, have learned a thing or two about floods in the past.

"In 2013 at the fire station the water was approximately two inches into the doors," Dale said.

"The whole town is going to be shut down basically. Because both of the main roads leading in and out of town are going to be completely flooded over," Gene said.

But today, March 14th, this father and son duo are just trying to do anything to keep themselves above water.

"Today's project will be to close off the driveway," Gene said.

Gene and Dale have built their own underground sump pumps and bought their own sandbags, but they say the price is adding up.

"Expenses yesterday were somewhere in the neighborhood of around $500," Gene said. "When you fill in the sand, the bags, and then we had to purchase and refill all the gas cans for the pumps and the generators. And all the other emergency systems that we have in place that are going to hold us through this weekend."

But all their hard work and preparations will mean nothing if the river rises above its record.

"It would only take a couple more inches beyond that that would then overcome our protection level," Dale said.