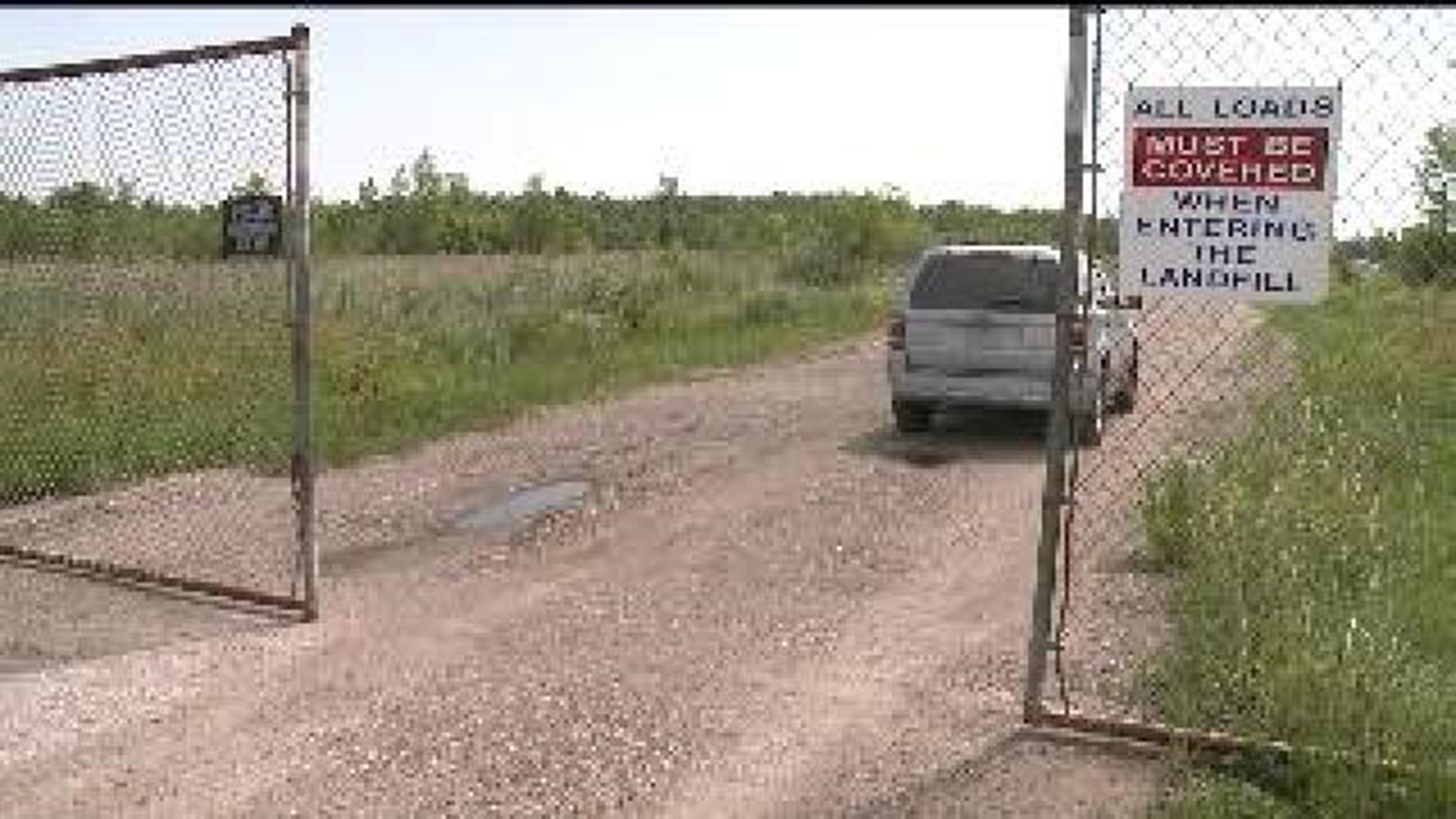 The Atkinson Landfill has been shut down for almost a year now.  In August 2013, the Village of Atkinson was told they could not continue to use the landfill because the owner said it was too high.

Tuesday, July 1, 2014, there was a meeting to discuss multiple violations at the landfill.

Representatives with the Illinois Environmental Protection Agency and the Illinois Attorney General's Office met with representatives from the landfill to discuss enforcing a complaint filed June 2, 2014 in the Circuit Court for the 14th Judicial Circuit in Henry County.

The 18-count complaint says that on multiple occasions as far back as 2010, waste was exposed or not covered properly and the wrong size wood chips were used.

The complaint also states equipment and the operation of the leachate (liquid that has been or is in direct contact with solid waste) collection system was not maintained. In addition to that, the complaint says the landfill failed to maintain the maximum head of leachate on several occasions and did not maintain, and submit to the Illinois EPA, ground water and leachate sampling results from between at least April 2010 and January 15, 2014.

The complaint alleges the landfill failed to submit an annual report to the Illinois EPA, deposited waste at the top of the active face of the landfill, did not comply with regulation and permit conditions relating to fiber cement production waste or intermediate cover regulations.

Described in the complaint are multiple occasions when the landfill failed to control leachate flows from leaving the landfill and entering waters of the State of Illinois.

Water Pollution is one of the counts in the complaint. On February 28, 2011 the Atkinson Landfill caused, threatened, or allowed the discharge of leachate into the environment so as to cause or tend to cause water pollution, according to the complaint.

Also on February 28, 2011, the complaint says the Atkinson Landfill deposited waste into what is called Cell A at the site which created leachate that discharged onto the land and went into the lake on the eastern side of the landfill.

The last count in the complaint is a violation of a court order entered on September 22, 2004.  On January 24, 2002, a complaint against Atkinson Landfill alleged the following: the landfill was conducting a waste disposal operation without a permit, failing to comply with requirements for sanitary landfills, exceeding permitted boundaries of the landfill, developing and operating a solid waste management site without a permit, disposing of waste at an unpermitted facility, operational violations, leachate and water violations, permit condition violations, recordkeeping and planning violations, failing to timely submit a biennial revision for financial assurance and failing to provide a cost estimate for closure and postclosure care, failing to timely submit reports and pay fees, failing to timely initiate closure and failing to pay penalties ordered by the Illinois Pollution Control Board.

On September 22, 2004, the Court entered a Consent Order that the Atkinson Landfill should remove all waste disposed outside of Phases I and II of the waste disposal boundaries as permitted in 1997 and properly dispose all such waste at a permitted facility.

The complaint states on September 28, 2010, February 28, 2011 and May 7, 2013, the Illinois EPA inspected the landfill and found that waste was outside of Phases I and II of the waste disposal boundaries.

News Eight reached out to the owner of the landfill for comment but did not hear back.