MUSCATINE, Iowa – The fate of Muscatine Mayor Diana Broderson’s position in office might not be decided for another week. A decision is set to be made by May 11... 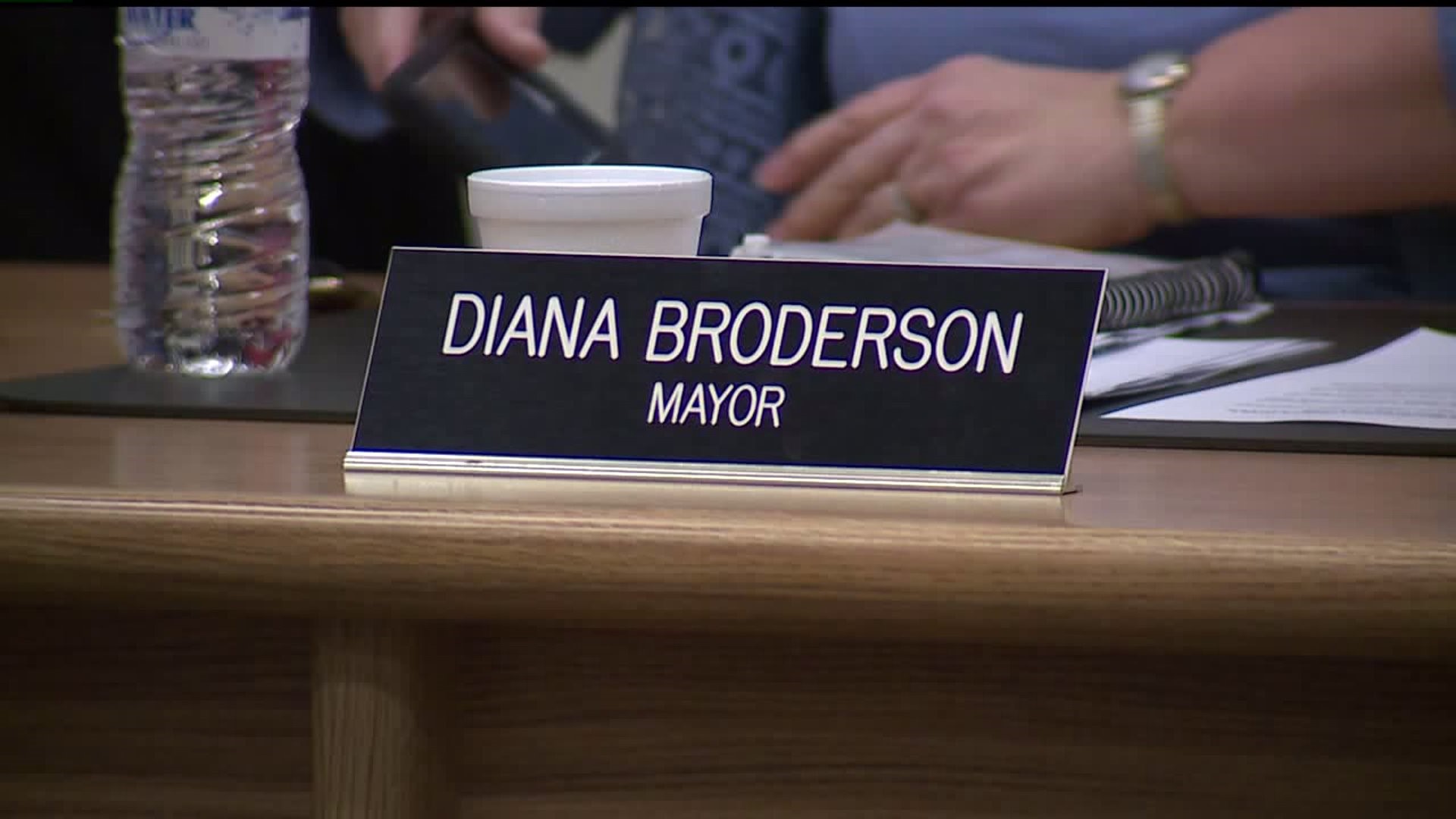 MUSCATINE, Iowa – The fate of Muscatine Mayor Diana Broderson’s position in office might not be decided for another week.

The Muscatine City Council and Mayor Broderson's attorney both submitted their final arguments on May 2 but the process to remove her isn’t over.

Council members voted to give City Attorney, Matthew Brick the okay to start the removal process back in January.

Nahra's arguments in part claim Broderson had instances where she "alleged numerous statements deprecating the motives" of the City Council and City Administrator by saying members lacked professionalism, didn't want diversity on the council and are attempting to destroy the Office of the Mayor of Muscatine.

Nahra’s also claims Broderson violated the city code of ethics by contacting members of city staff without the approval of the City Administrator, Gregg Mandsager, “misused her power” and made “baseless complaints that cost the city hundreds of thousands of dollars.”

According to formal documents presented, Broderson's attorney William Sueppel, claims the city has no evidence showing she misused her power as Mayor and that Broderson has always acted “in the best interest of the city.”

The documents also show Sueppel claims that throughout the proceedings there were “ various procedural irregularities” that occurred where Alderman Michael Rehwaldt “fell asleep” during a portion of the hearing and "spoke to city administrator, Gregg Mandsager during testimony." He also claims Alderman Santos Saucedo was updating his social media “during a witness testimony.”

Sueppel argues that removing an elected official would have to fall under categories such as; "diverting public funds to an unauthorized use, greed, corruption or fraud” and claims Broderson did not commit willful misconduct or maladministration.

Broderson tells News 8 she wanted the case to go to district court from the beginning to avoid an expensive and drawn out hearing.

“That was our hope from the beginning just to save time and money and it's not like we are asking the judge to just look at some papers, this will be a whole new hearing,” claims Broderson.

During the first removal hearing, Aldermen voted 4-3 against moving the case to district court. Broderson says if the removal process continues, that's where she will eventually take the case.​

“It’s very serious to go against the will of the people and the people voted me into office so for the people`s voice to be overturned it takes something very serious. It would take a district court judge to make that decision,” said Broderson.

Sueppel is also requesting the city pay back all Broderson’s legal fees.

Over the course of the process to remove Mayor Broderson, News 8 has reached out to council members for comment. They have repeatedly declined following the advice of their attorney.

On Thursday, May 5, council members will vote on whether to discuss more on the removal process. If they vote yes, the council is expected to make the final decision by May 11.

The vote requires a two-thirds majority.

All documents and briefs from both parties can be found here.