Hundreds gathered to remember David Harker at a vigil held after days of searching for him ended when his body was pulled from the Mississippi River. 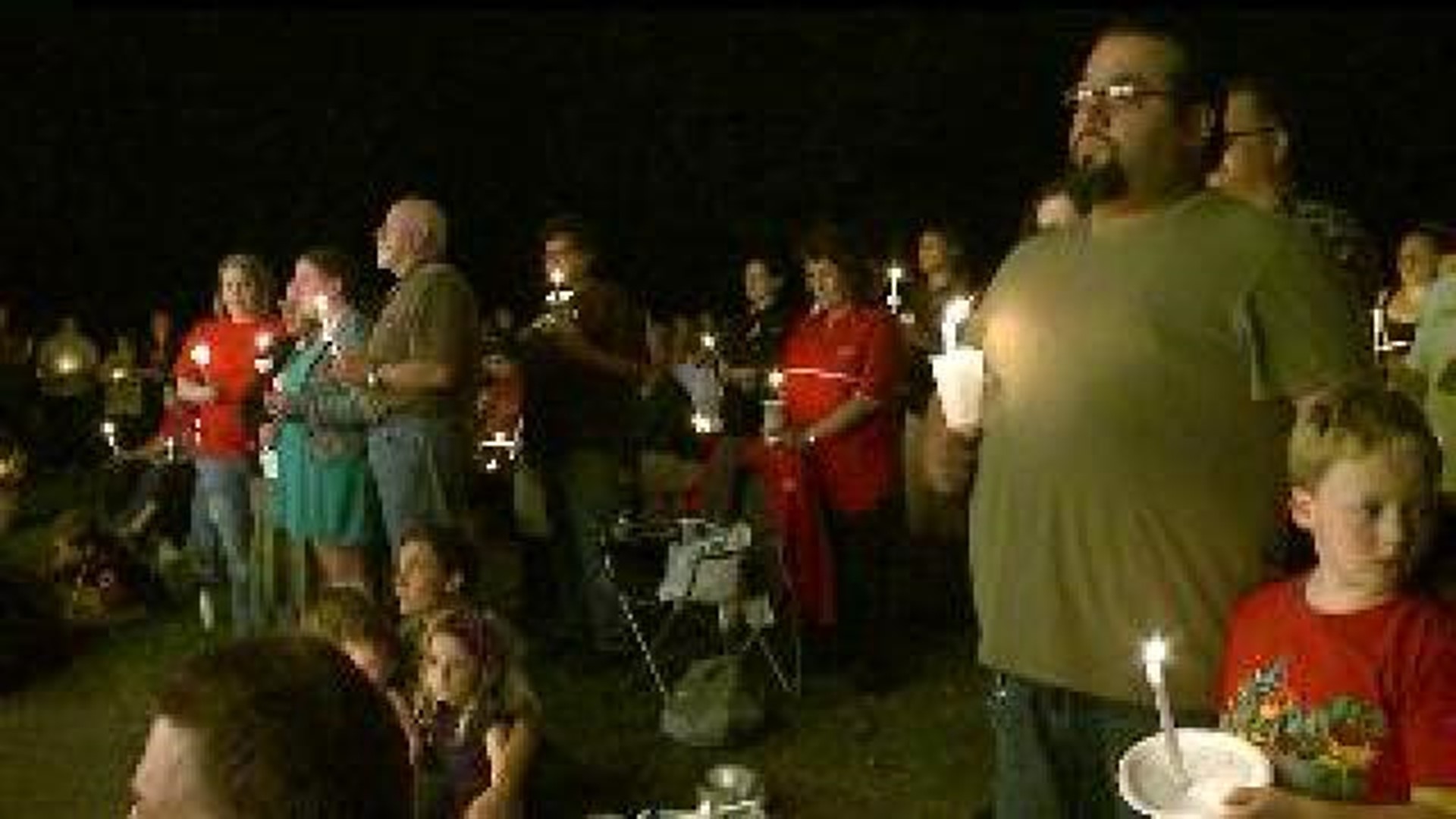 Nearly twelve hours after his body was found in the Mississippi River, family and friends of David Harker gathered for a candlelight vigil.

"He was an awesome little brother. He was great," said Harker's older sister, Chris Kratzberg.

Family and friends learned the sad news over Facebook from Harker's father.

"This morning was extremely hard for us," says Kratzberg.

Family members say David had a great sense of humor.

"He's a teaser that likes to give everybody a hard time and he's so quick with a smile, he's fun to be around," said Kratzberg.

He was also a family man, a dad of two.

Through it all his family says its been the love of the community that has helped them get through this difficult time.

"It really helps all of us in the family to know that people really do care," said Kratzberg.

His family knows they face a long battle, but they're not alone.

"Eventually we'll all get there. It's just gonna be a hard road and we're always going to miss him," Kratzberg said.

The cause of Harker's death was still unknown.  There is a fund set up for people to donate money to Harker's family. People can donate money at any DHCU Community Credit Union locations.