When an inversion happens, market watchers say a recession may be a year or two away and the last time this happened was two years before the Great Recession. 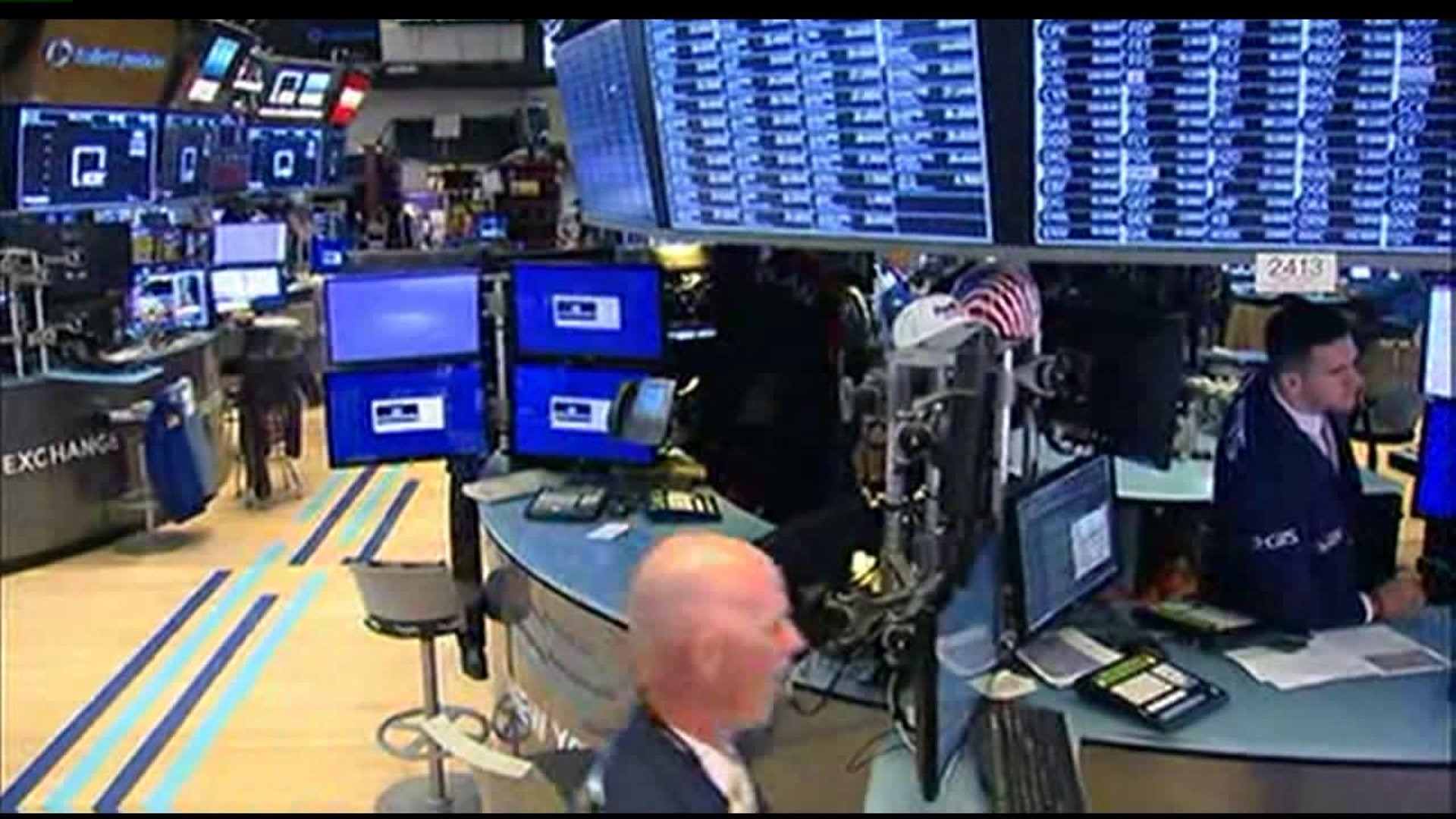 Yields on 10-year US Treasury bonds dipped below the yield on the two-year bond -- the first time since 2007 or before the Great Recession. Both were hovering around 1.58% as of late Wednesday afternoon.

In another worrisome sign, the yield on the 30-Year US Treasury fell to a record low Wednesday of about 2.01%.

When shorter-term rates are higher than longer-term bond yields, that is known as an inverted yield curve. The three-month US Treasury already inverted versus the 10-year this spring. Yield curve inversions have often preceded recessions and are a sign of just how nervous investors are about the immediate outlook for the economy.

They are demanding higher rates for short-term loans, which is not normal.

Typically, investors expect to get paid a higher rate of return when they are lending money for a longer period of time, because the risks are higher.

"Historically speaking, the inversion of that benchmark yield curve measure means that we now must expect a recession anywhere from six-to-18 months from today," said Tom Essaye, founder of The Sevens Report, an investment research firm, in a note to clients Wednesday.

The plunge in longer-term yields like the 30-Year are also a symptom of investor anxiety. Bond yields fall in the opposite direction of prices. In other words, they tumble when investors are buying bonds.

So investors have continued to plow into bonds even though they are being promised a miniscule rate of return — or in the case of certain bonds in other big developed markets, no return at all. Long-term yields are negative in Japan and Germany. Worries about the global economy's slowdown have stoked renewed fears of a downturn in the United States, particularly in light of the trade war with China.

The US stock market plunged Wednesday following the yield curve inversion, more than erasing all the gains in stocks from Tuesday after a truce in the trade skirmish led to a massive market rally.

President Trump said Tuesday that he was delaying tariffs on certain consumer goods — such as electronics, toys and sneakers — so that US consumers would not be hurt by higher prices during the holiday shopping season.

That's a sign that the US consumer may be on edge — and it's clear that investors are nervous about the outlook for the US economy as well.

"The business cycle has entered its final stages and recession risks are elevated," said Joseph Brusuelas, chief economist with RSM, in a report Wednesday.

"In our estimation, there would need to be a clear signal of a permanent cessation of trade hostilities between Washington and Beijing to turn around risk and business sentiment," he added.

Although some were quick to point out that an inverted yield curve doesn't necessarily cause a downturn itself, turmoil in the bond market can wind up becoming a self-fulfilling prophecy.

"While much debate is on the curve's ongoing predictive economic power, market participants also need to remember that an inversion can also bring about a downturn in economic activity," said Joseph LaVorgna, chief economist for the Americas at Natixis.

But some dismissed the inverted yield curve fears.

"We have to be careful about not over-interpreting signals about the US economy," said Mohamed El-Erian, chief economic adviser at Allianz, on the CNN Business Markets Now show Wednesday. "This yield curve is distorted by what central banks are doing and worries about Europe."

Aaron Anderson, senior vice president of Fisher Investments, said in an interview with CNN Business that rates have been falling for some time now. So the inversion shouldn't be a huge surprise.

He said investors also need some perspective. Overall rates are relatively low, which could eventually boost lending demand. Anderson added that the current negative market sentiment will eventually subside and that confidence will grow. He thinks this may be more like a market correction, a brief pullback like in 2011 and 2015, and not a full-blown bear market like 2008.