Stretches of railroad tracks along the Davenport riverfront are being raised, so trains can get easily get through flood waters. This includes the tracks outsid... 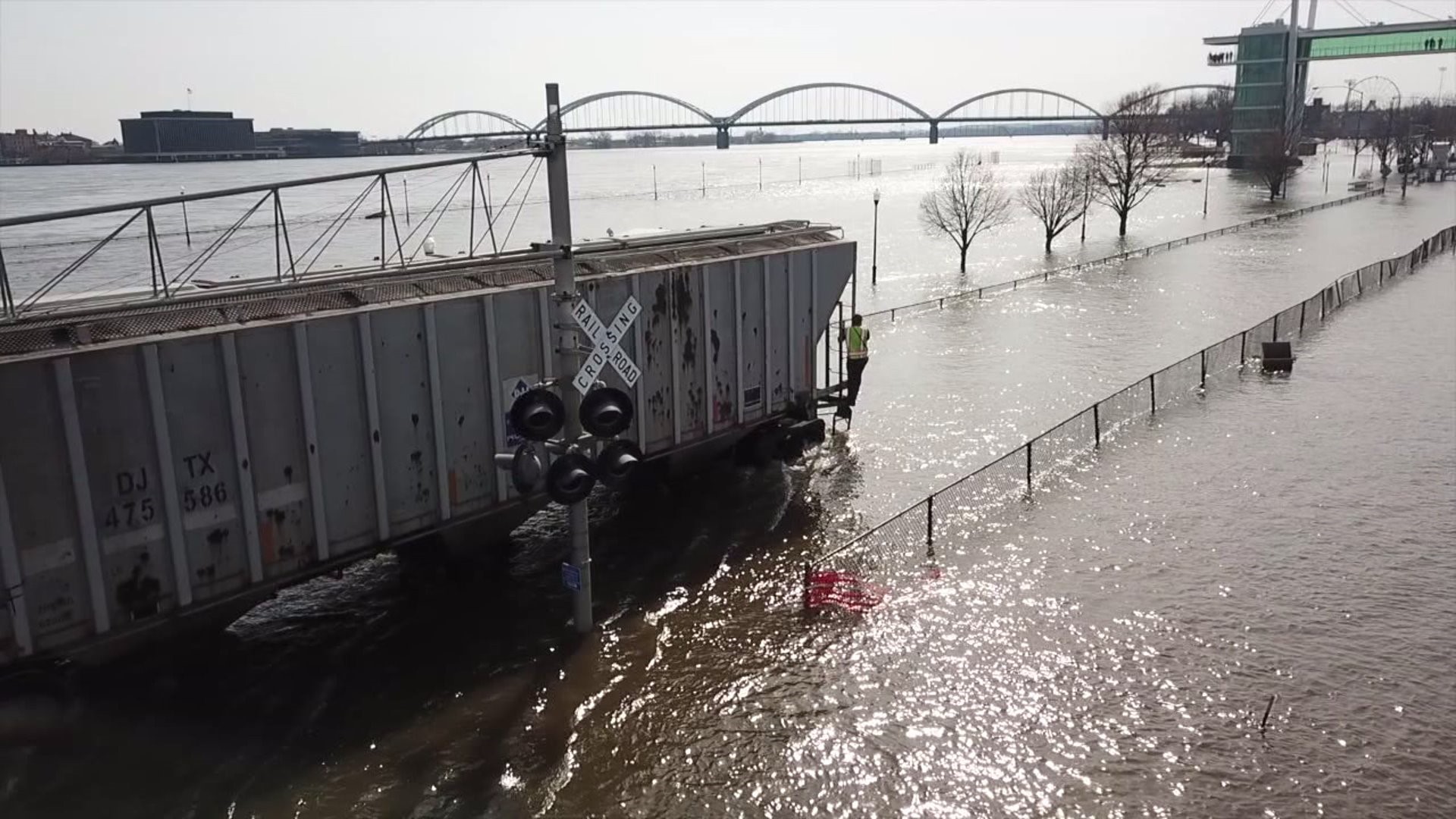 DAVENPORT, Iowa  --  Stretches of railroad tracks along the Davenport riverfront are being raised, so trains can get easily get through flood waters. This includes the tracks outside Modern Woodmen Park which, in their heightened state, are preventing the ballpark from allowing fans inside.

The original plan was to use the bridge to get fans across the flood waters and into the stadium. In previous years the train has re-routed.

The city says the did not know that Canadian Pacific Railway was planning to raise the tracks this year.

"The bridge is not usable, River Bandits General Manager Jacqueline Holm said. "The trains have yet to cease operations, so until that happens, we can not set the bridge."

"The city didn't know they were doing it, until they were actually doing it," Meginnis said. "The railway can do what they want. Nobody has any jurisdiction over that."

"I think the communication has been reactive instead of proactive, because of the relationship with the railroad, Holm said. "It's a federal relationship, so they are not exactly working with city and local governments as quickly as it's desired."

"CP’s engineering team met with the city in advance of the start of work and has sought to keep city staff apprised," Cummings said in a statement to News 8. "That communication is ongoing. CP has committed to the city that approaches to the crossings in downtown Davenport will be upgraded to their satisfaction. That will include ensuring continued access across the tracks to the riverfront."

Canadian Pacific is raising tracks in different areas up to 20 inches.

"The city was surprised and upset, I would say," Meginnis said. " But, the city and Canadian Pacific are communicating now."

Holm says the River Bandits and the city of Davenport will be coming up with a plan for next week's homestand of games and hope to have more information later this week.

"We are just as excited as our fans to get baseball started here in the Quad Cities," Holm said.