Raising money one cup of lemonade at a time 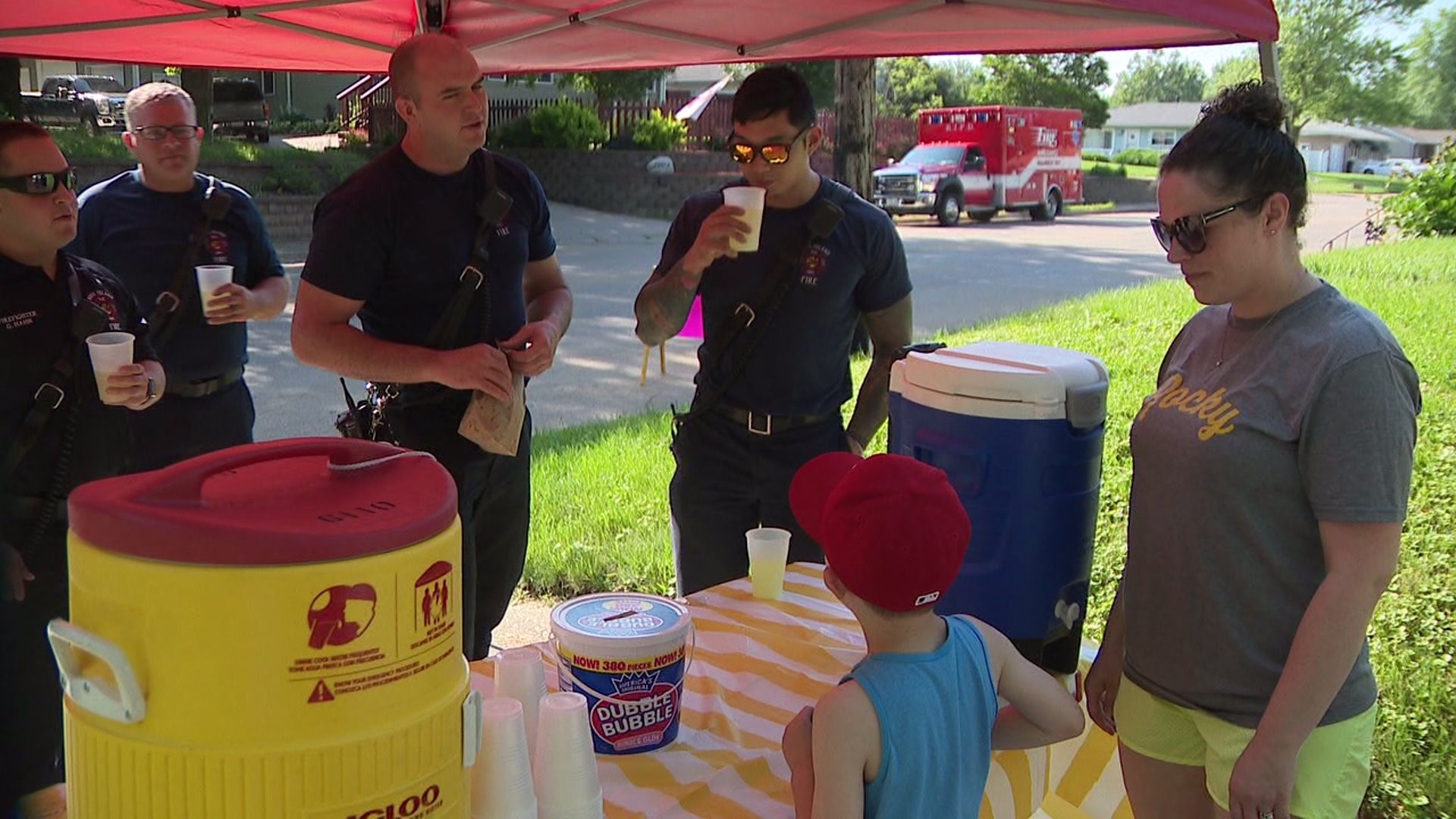 MOLINE, Illinois-- Lemonade stands are becoming a hit in the Quad Cities.

Six-year-old Jayson Russell got the idea for his lemonade stand after seeing posts from the Rock Island Fire Department.  Firefighters were taking pictures with other kids at their lemonade stands and sharing them on Facebook.

Jayson wanted to do the same thing.

Instead of keeping the money Jayson decided to give his earnings to the Rocky Resource Room an outreach program for Rock Island students.

"The Rocky Resource Room really helps provide a lot of resources to students that might not have access to some basic necessities so it's a really great cause to support," said Melissa Levin. Levin came to support Jayson and his cause.

The Rock Island Fire Department showed up in support of their new friend buying all the goodies they could carry.

"It's fantastic. You know we have a lot of good kids in this are we do a lot of work to come out and reach out to these guys. It's kind of an inspiration to us to see good kids walking around here raising money for good causes," said Scott Romine, a Rock Island firefighter.