A fraternity with chapters in Iowa and Illinois has shut down a chapter in Oklahoma after video surfaced showing members singing a racist chant with the n-word. 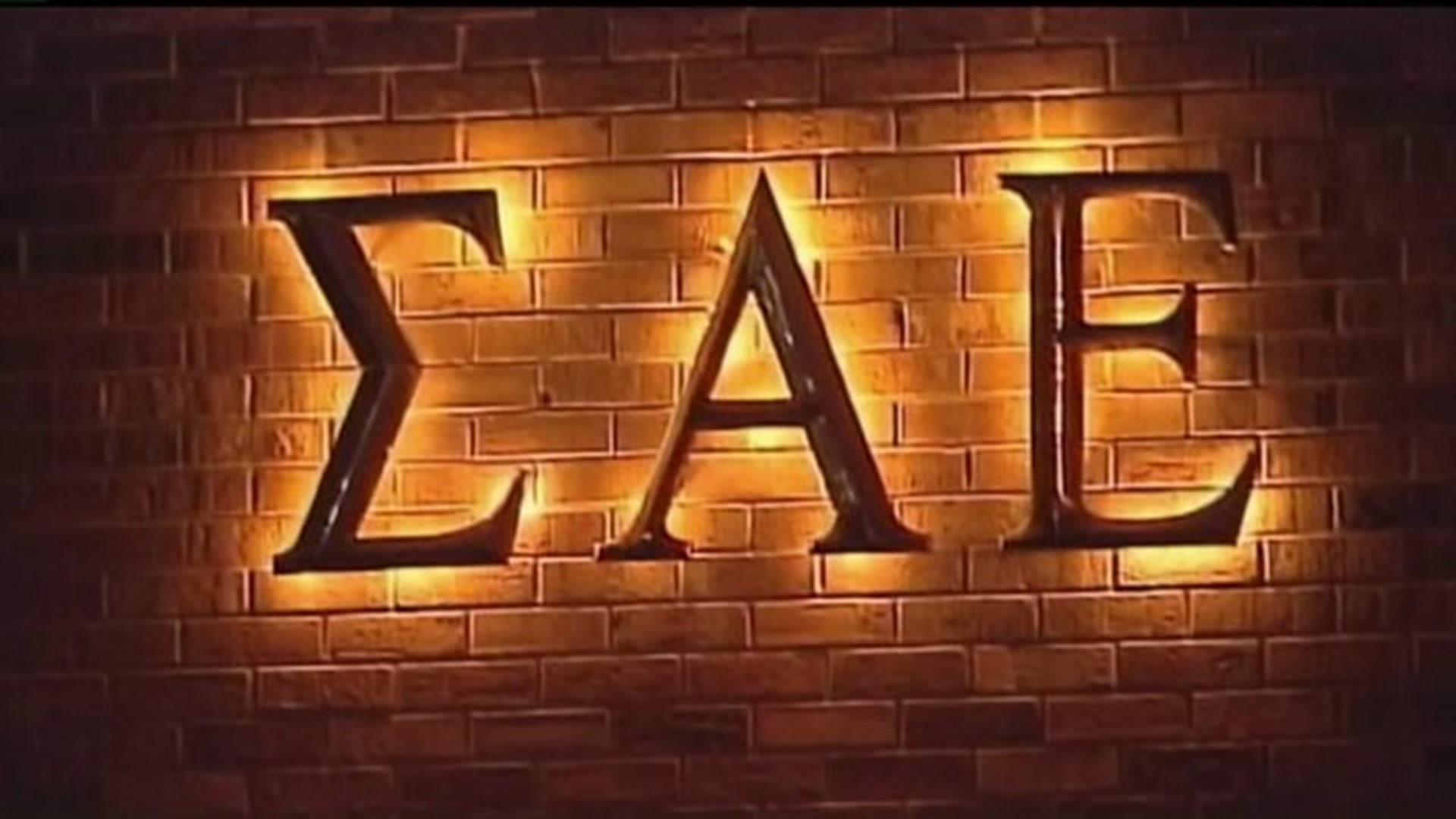 Editor's note:  Sigma Alpha Epsilon has more than a dozen chapters in Iowa and Illinois, including chapters at Monmouth College (now listed as inactive) and Western Illinois University.  The fraternity lists the University of Iowa as a location where they planned to expand in the fall of 2016.

(CNN) -- A fraternity fraught with scandal quickly shut down a chapter in Oklahoma when a video surfaced that showed members singing a racist chant with the n-word.

The video shows a group of young white students chanting the n-word loudly and boisterously while riding on a bus.

Sigma Alpha Epsilon's national chapter shut down the chapter Sunday night, suspended all of the chapter's members and threatened to remove those responsible from the fraternity for life.

In the video (below), the students are heard chanting, "There will never be a ni**** in SAE. You can hang him from a tree, but he can never sign with me."

"I was not only shocked and disappointed but disgusted by the outright display of racism displayed in the video," SAE National President Bradley Cohen said in a statement.

A black student organization, Unheard, posted the video online Sunday with the comment, "Racism is alive at The University of Oklahoma." It was addressed @President_Boren.

He took less than an hour to tweet back his disgust.

"If the video is indeed of OU students, this behavior will not be tolerated and is contrary to all of our values. We are investigating." He threatened to throw the fraternity off campus, if the allegations were true.

But SAE's national headquarters beat him to the punch.

"Sigma Alpha Epsilon's national headquarters has closed its Oklahoma Kappa chapter at the University of Oklahoma following the discovery of an inappropriate video," it said.

Read the full statement from the fraternity - click here.

"We apologize for the unacceptable and racist behavior of the individuals in the video, and we are disgusted that any member would act in such a way," it added.

The fraternity says it was founded shortly before the American Civil War when racism and secessionist anger against abolition of slavery ran hot.

SAE has had to work hard to change recently, after a string of member deaths, many credited to the hazing of new recruits, Cohen wrote in a message on the fraternity's website.

"The media has labeled us as the 'nation's deadliest fraternity,'" he said. In 2011, for example, a student died while being coerced into hypothermia and excessive alcohol consumption.

"As a result, we are paying Lloyd's of London the highest insurance rates in the Greek-letter world," Cohen said.

Universities have turned down SAE's attempts to open new chapters, and they had to close 12 in a period of 18 months over hazing incidents.

On Monday, OU students plan to protest peacefully against racism.

***WARNING:  The video below includes content which may be disturbing to some viewers.