It’s Friday the 13th and usually that’s unlucky, but not for an Alcoa employee. On Friday, February 13th, 2015, a raffle drawing took place at Alcoa... 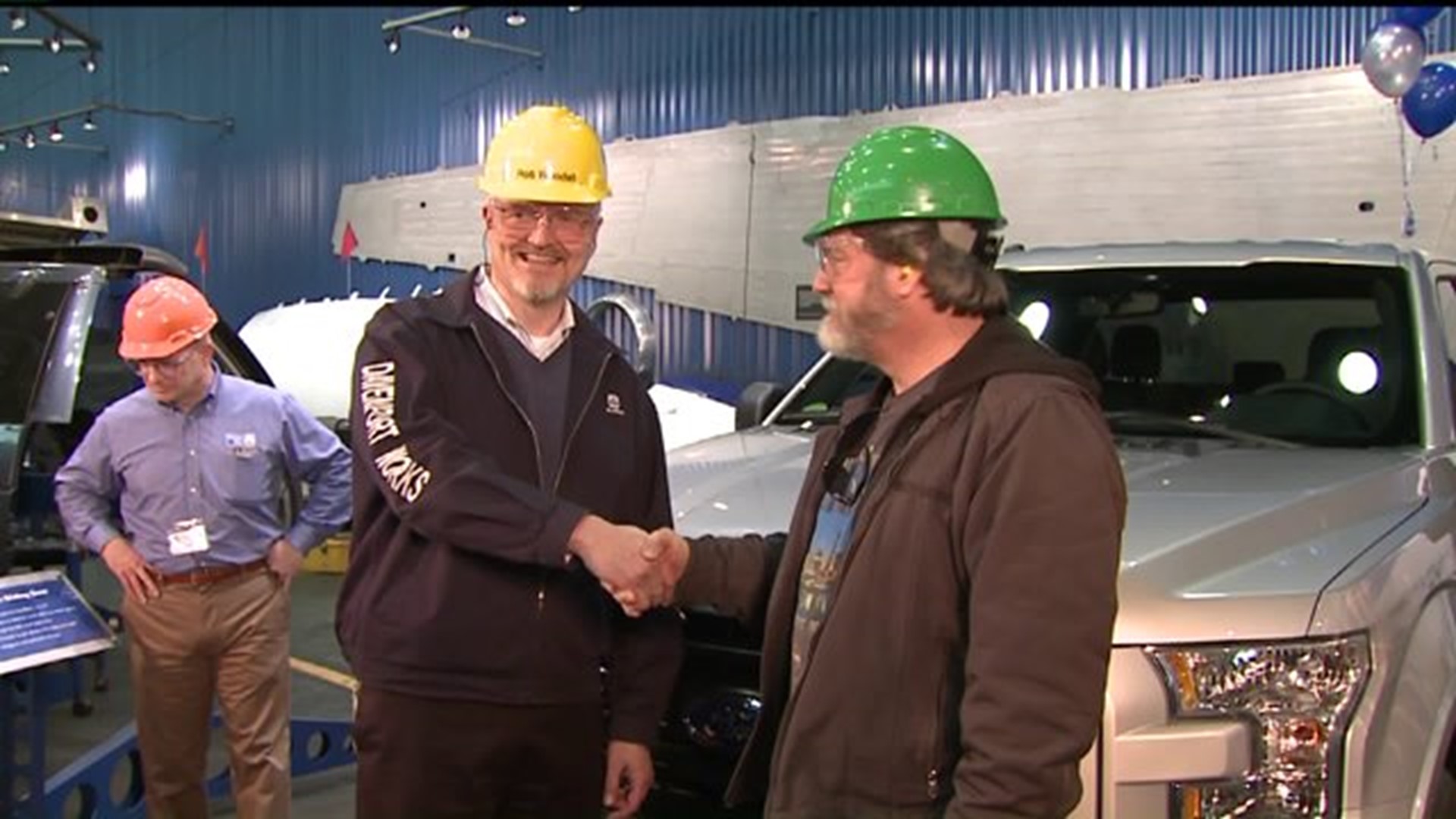 It's Friday the 13th and usually that's unlucky, but not for an Alcoa employee.

On Friday, February 13th, 2015, a raffle drawing took place at Alcoa in Riverdale, Iowa and Mark Cato won a brand-new Ford F-150. Cato says he bought 13 raffle tickets, because 13 is his favorite number.

"The aluminum growth is going to explode on vehicles," said Rob Woodall, Alcoa Manufacturing Director. "They expect 11 times the aluminum growth over the next 10 years on vehicles so that's something we'd like to participate in and this plant is like on the leading edge of that for Alcoa."

"That Alcoa-Ford partnership makes it feel like our truck that we built and that's really why we decided to give one away as a celebration or a culmination of all the hard work over the last three years to ramp up this expansion."

There was another winner today as well. All the money raised from tickets sold in the raffle -- $69,090 -- will go to United Way of the Quad Cities.

"This money will go into the annual campaign to help the 90-plus programs that make sure people are helped in the Quad Cities in the areas of education, income, and health," said Scott Crane, President/CEO of United Way of the Quad Cities. "It's the people who really need help - the kids that really need help to be successful in school and families that need help to be financially stable."

Cato, a Production Support Advocate for Alcoa's plate mill, was not at work when the winner was announced, but he drove in to pick up his new pick-up.  He says he's proud to drive something that he had a hand in making.

"It's all aluminum," he said. "We did that. To follow it from sheet all the way up to see the finished product is just amazing."

Cato's truck is 1 of 50,000 built to date... with plans for many, many more. Lindquist Ford provided the truck and Alcoa underwrote the cost of it, so that all the money could go straight to United Way.