Wind energy is on the rise while nuclear energy is steadily falling, as officials at the Exelon Power Plant in Cordova consider closing their doors for good. &#... 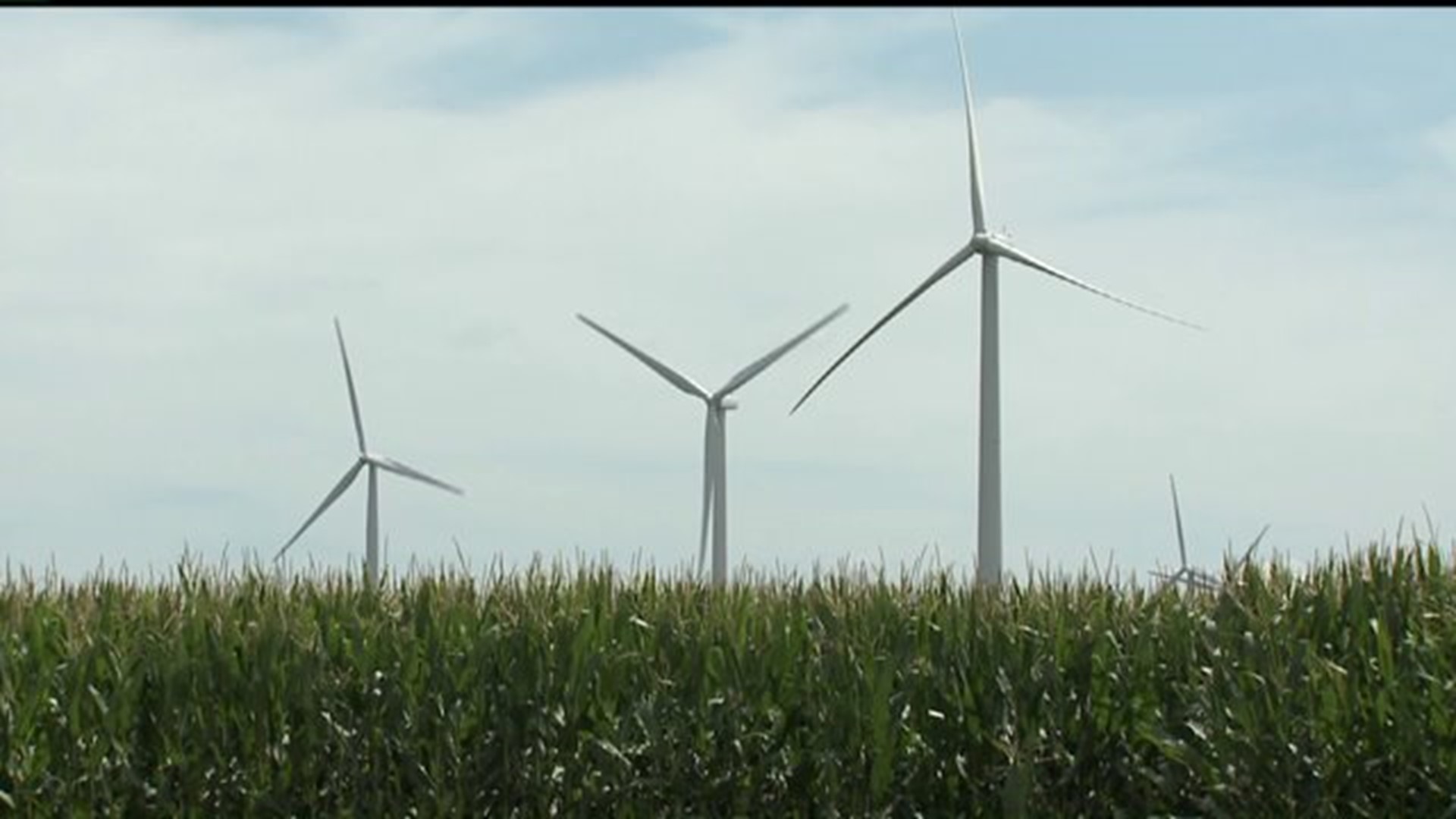 Wind energy is on the rise while nuclear energy is steadily falling, as officials at the Exelon Power Plant in Cordova consider closing their doors for good.

"This really is a critical time in the 41-years at the Quad Cities station where we have never been in a position where me may have premature shutdown," said Bill Stoermer, Senior Communications Manager at Exelon in Cordova. "We really need the state legislature to act. They of course are focused on the budget and to try to get some budget resolved. We certainly understand that, however we're going to be forced to make some decisions by the end of the year regarding our plans here in Illinois."

At the Invenergy Wind Farm in Cambridge, Illinois on Tuesday, Congresswoman Cheri Bustos started a month-long renewable energy tour and talked about how important clean energy is to the local economy.

"We as a nation need to make sure we're focusing on clean energy. Nuclear happens to be a component of clean energy. I support what Exelon has done for our community. It creates high paying jobs, it's been an unbelievable supporter of our community, and this is part of an overall clean energy strategy," Bustos said.

While she was there, Bustos toured the Invenergy wind Farm and the neighboring Historical Village of Bishop Hill, whose residents have directly benefited from Invenergy.

Since the company opened in Bishop Hill in 2012, Invenergy has pumped $6 million into the Henry County Economy through property taxes, leasing out the land from area farmers, and salaries.

"Financially it helped us out a great deal the last few years with a variety of restoration projects," said Todd Dedecker, administrator for the Bishop Hill Heritage Association. "They gave money to help restore the exterior of the Steeple Building. They gave money to the Art Council to build a Welcome Center for visitors, they also donated money to the Village of Bishop Hill for their water tower project."

Bustos cited several tax credits that could help clean energy companies, such as the Wind Energy Tax Credit and the Solar Tax Credit.

"When you've got a company like Invenergy that's infusing $6 million a year into Henry County in rural Illinois, that's an important part of jobs in the economy picture. So we want to make sure we continue to support polices that help companies like this grow, that can help improve the rural economy," Bustos said.

A decision on Exelon's future is expected sometime in September, but as more tax credits go toward wind energy, nuclear power may continue to suffer. Bustos said there is room for both, especially in rural areas like Henry County.