For a little more than four years, Eric Puryear with Puryear Law in Davenport, Iowa, has given his employees an extra $50 a month if they get their permits and ... 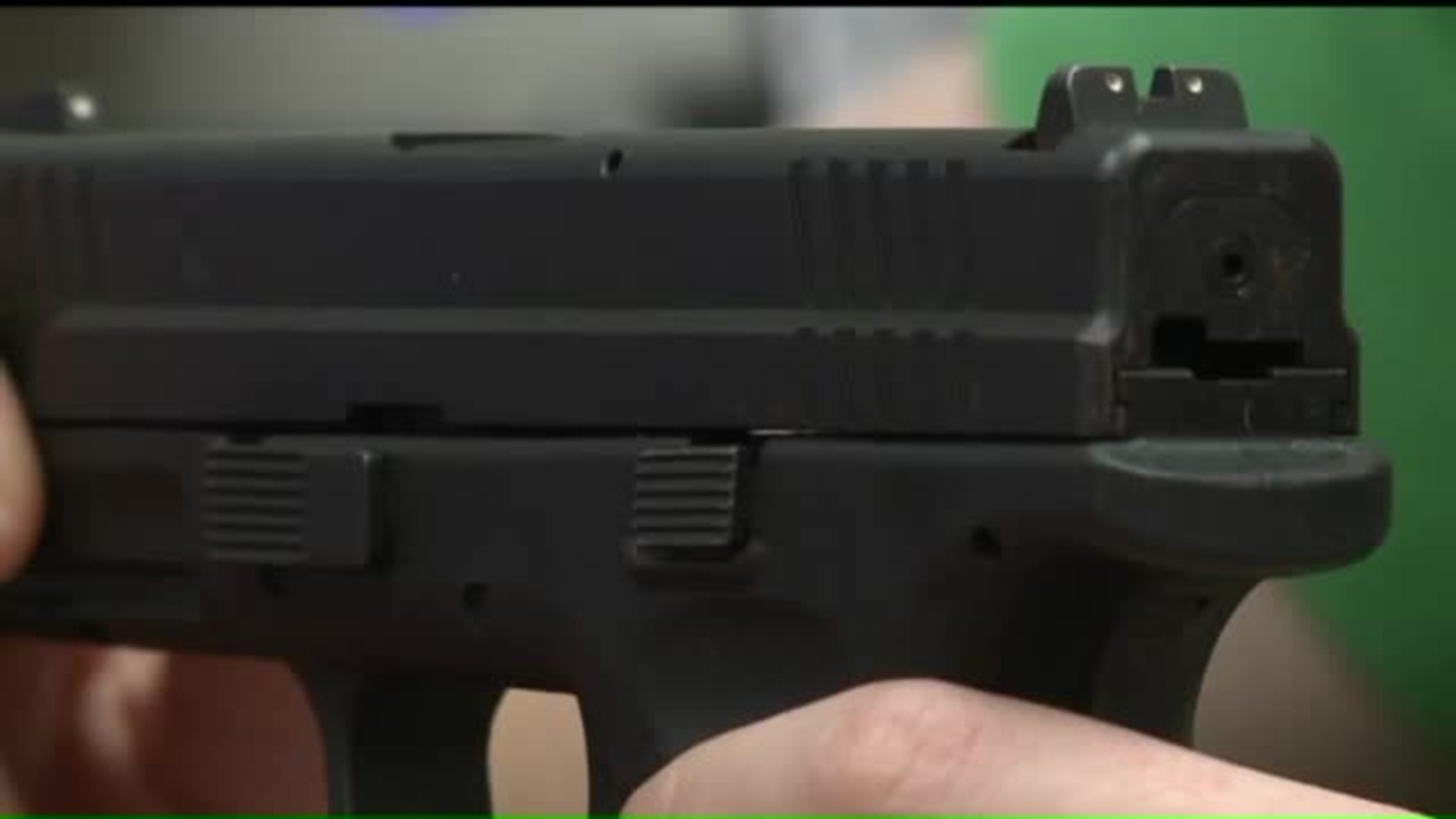 For a little more than four years, Eric Puryear with Puryear Law in Davenport, Iowa, has given his employees an extra $50 a month if they get their permits and carry a gun.

"Well, I really like gun rights. I think they're a basic human right. I think so many bad things wouldn't happen to people if they were armed for self-defense," said Puryear.

In his office lobby is a sign welcoming guns. There is an NRA hat, as well as handgun and shotgun books, above his desk.

"I think it's an important constitutional right. It's right up there with voting and free speech. I feel strongly about those, too. I don't think anybody disagrees with voting rights or free speech rights, and so I guess gun rights is an area where there's just more to be said," said Puryear.

In paralegal Elizabeth Payne's desk, there is a handgun.

"I got that when I started here, probably about two months after I started I think," she said.

She gets $50 a month for it. So does any other employee here that gets a permit to carry and does so.

"I decided the employees should have some incentive to carry if they so choose," said Puryear.

"I didn't have a reason not to, and it's a protection thing. I definitely feel much safer carrying it and knowing if something were to happen to me I, like, have a way to protect myself," said Payne.

"I would hate to have something happen to any employee and think, 'Gee, if I'd told them about gun ownership and given them the training (for) defending themselves...' We've never had a problem in the office or anything but, just, the world's a dangerous place," said Puryear.

In the last few months, he's hired three new employees. In that time, there have been two office trips to a shooting range. A few employees have applied for their permits.

"I don't think it really changes people's minds if they didn't want to own a gun. I've had employees who just didn't have any interest in owning a gun and never owned one, never received a bonus, and that's certainly their choice," said Puryear.

"I would much rather have it and not need it, than that day come when I do need that protection and I don't have it," said Payne.

Currently, Puryear says only one of his nine employees is carrying. At one point, he said, all but one of his employees carried a gun.