The USS Sioux City, is named after Sioux City, Iowa, the fourth largest city in the state. 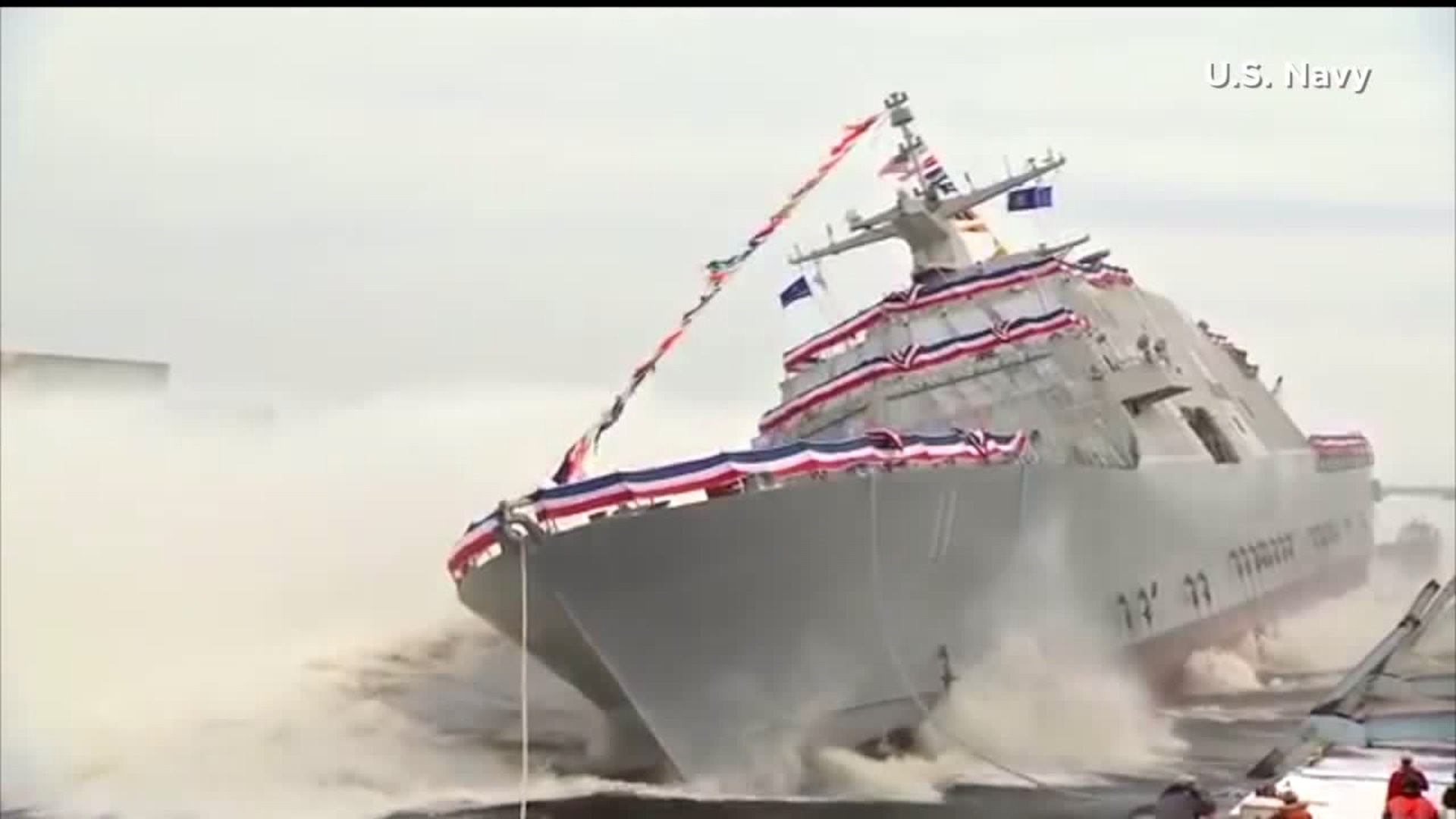 MOLINE, Illinois -- Sailors from the USS Sioux City will be at events throughout the area, sharing what life is like on board one of the Navy’s newest littoral combat ships as part of United States Navy Week, which is in the Quad Cities June 24 – 30, 2019.

We talked with Lieutenant Michael Kickbush, a weapons officer for the USS Sioux City, on Thursday on Good Morning Quad Cities (GMQC). Lieutenant Kickbush said this new ship, was designed to fight close to shore and is fast and light, which means it can move quickly within the water.

At the top of the USS Sioux City is a massive 57mm gun that can fire 120 rounds per minute, along with two machine gun stations. In its Airborne Mission Zone, the ship can house two helicopters, or one helicopter and three remotely piloted air crafts.

The USS Sioux City, is named after Sioux City, Iowa, the fourth largest city in the state. On GMQC, Lieutenant Kickbush talked about how the namesake of the ship is important: even though Iowa is landlocked, the state is a great supporter of the U.S. Navy.

In an effort to give back to the community, sailors will be volunteering at the Riverbend Food Bank in Davenport, Iowa on Thursday morning. Later in the evening, they will be at Modern Woodmen Park in Davenport for Navy Night with the Quad City River Bandits. Activities kick off at 5 p.m.