DAVENPORT, Iowa — As News Eight meteorologists were tracking some potential severe weather around the Quad Cities Wednesday night, the Doppler radar at Da... 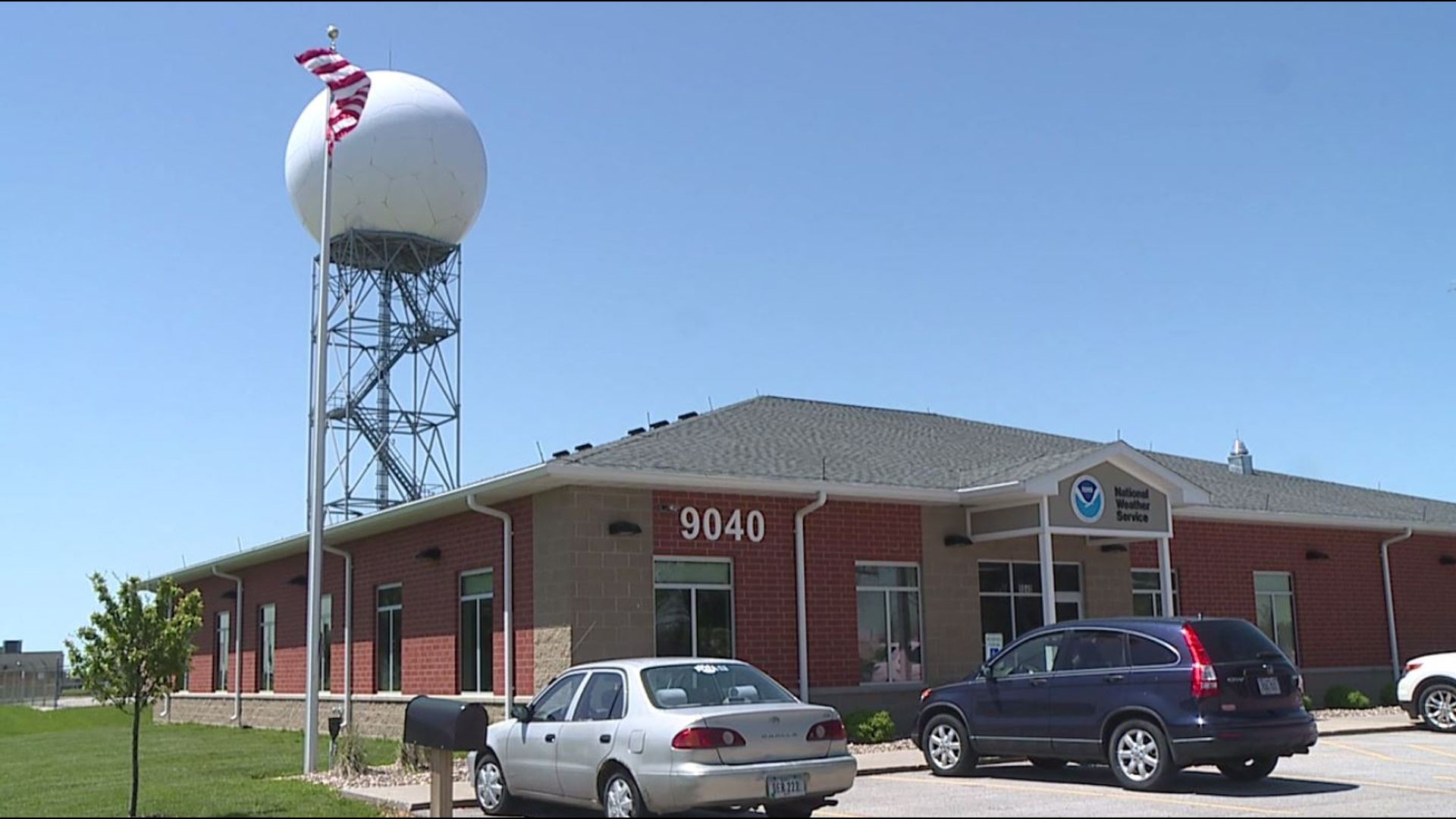 "When it first went down, I was kind of shocked especially with all the activity coming in," said Storm Track Eight Chief Meteorologist James Zahara.

Severe weather topped the Wednesday night newscast at 10 o'clock, but Zahara was not able to access weather data from the Quad Cities radar. He turned instead to radar sites further afield.

"When the radar site went down in Davenport, we had to rely on the radar sites out of Lincoln as well as out of St. Louis," said Zahara. "The quality wasn’t great but we were still able to monitor where the storms were located," he said.

Doing so is not ideal because it makes measuring wind velocity more difficult -- critical information in a tornado watch.

"We lost radar shortly after 7 o’clock last evening," Kinney said. "As it turns out there was a failure with the motor that actually rotates the dish of the radar around as it makes its scans," he said.

They got it back on and running at 10:30 p.m., making it a three-and-a-half hour outage and raising questions about the reliability of the radar system.

"I think the public can certainly have confidence in the reliability of the radar," said Kinney. "With the nature of electronics you are going to occasionally have problems," he said.

"In this business you have to expect the unexpected, especially when it  comes to technology, so it’s always good to have that second option ready to go just in case, say, the Davenport radar goes down," said Zahara.