The Quad Cities Chamber and the city may partner up on a new development group for the downtown. 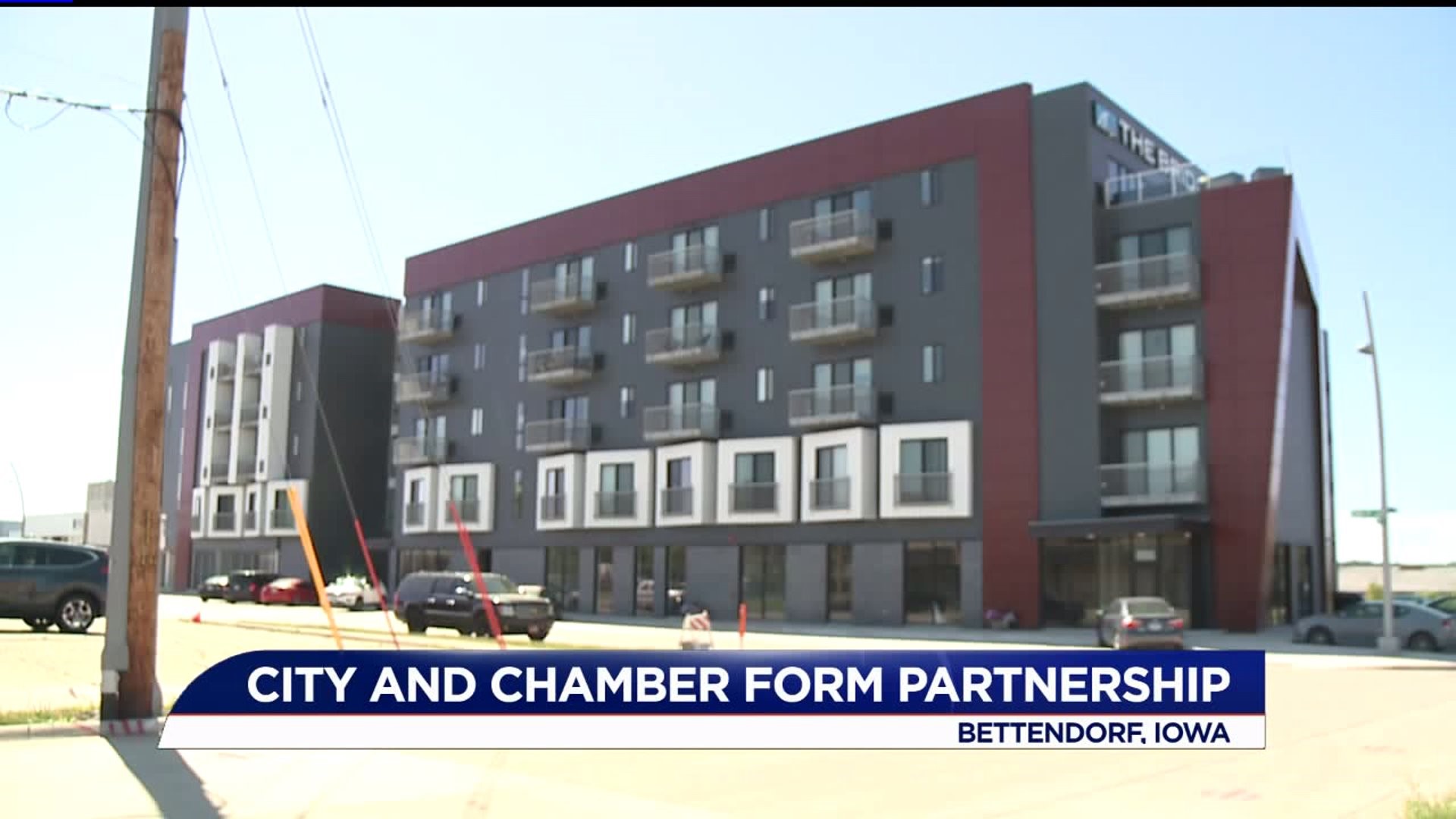 BETTENDORF, Iowa--- The Quad Cities Chamber and the city itself are partnering up on a new development group for the downtown.

The Downtown Bettendorf Organization (DBO), a division of the Chamber, will run the "development, marketing, promotion, and management of activities and events" in that area, according to a press release sent out by the group. Property tax owners will pay a tax to the city, which will then be sent over to the Quad Cities Chamber of Commerce.

"The reason we're involved is because we believe in it," City Administrator Decker Ploehn said Monday, July 15. "We believe that our contribution will ultimately prove beneficial for them, and our goal is that they ween us away, and they totally take it over."

Chamber VP of Communications Jennifer Walker says the city will contract with the chamber for the partnership.

"The DBO will have a committee of Bettendorf stakeholders that will oversee their work," she said Thursday, June 27.

The chamber already has a similar partnership in Davenport with the Downtown Davenport Partnership. Bettendorf City Council members considered the agreement for a second time Tuesday, June 18. To see Ploehn's comments on the group and what it will mean for the city, click here. The chamber already has a staff member dedicated to the group in Executive Director Ryan Jantzi.

The  agreement was approved at the city council meeting Tuesday, July 16.