Miss Mamie’s opened its doors in 1992 and has been a Quad City staple ever since. 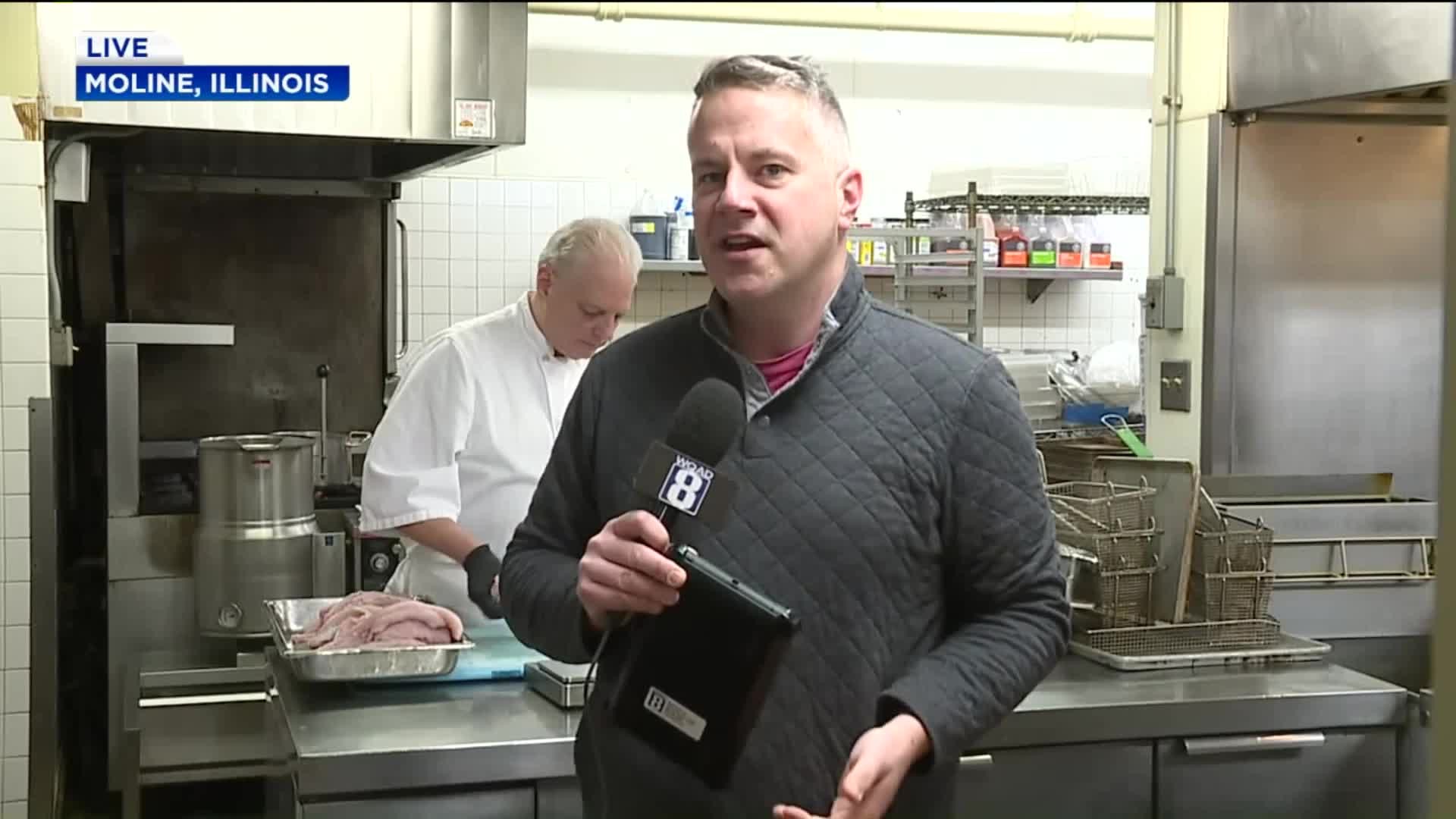 Miss Mamie's opened its doors in 1992 and has been a Quad City staple ever since. It's the first restaurant we will visit during Quad Cities Restaurant Week, showcasing locally owned and operated restaurants in the QCA. Mike Osborn and his sous chef Zack were gracious hosts. 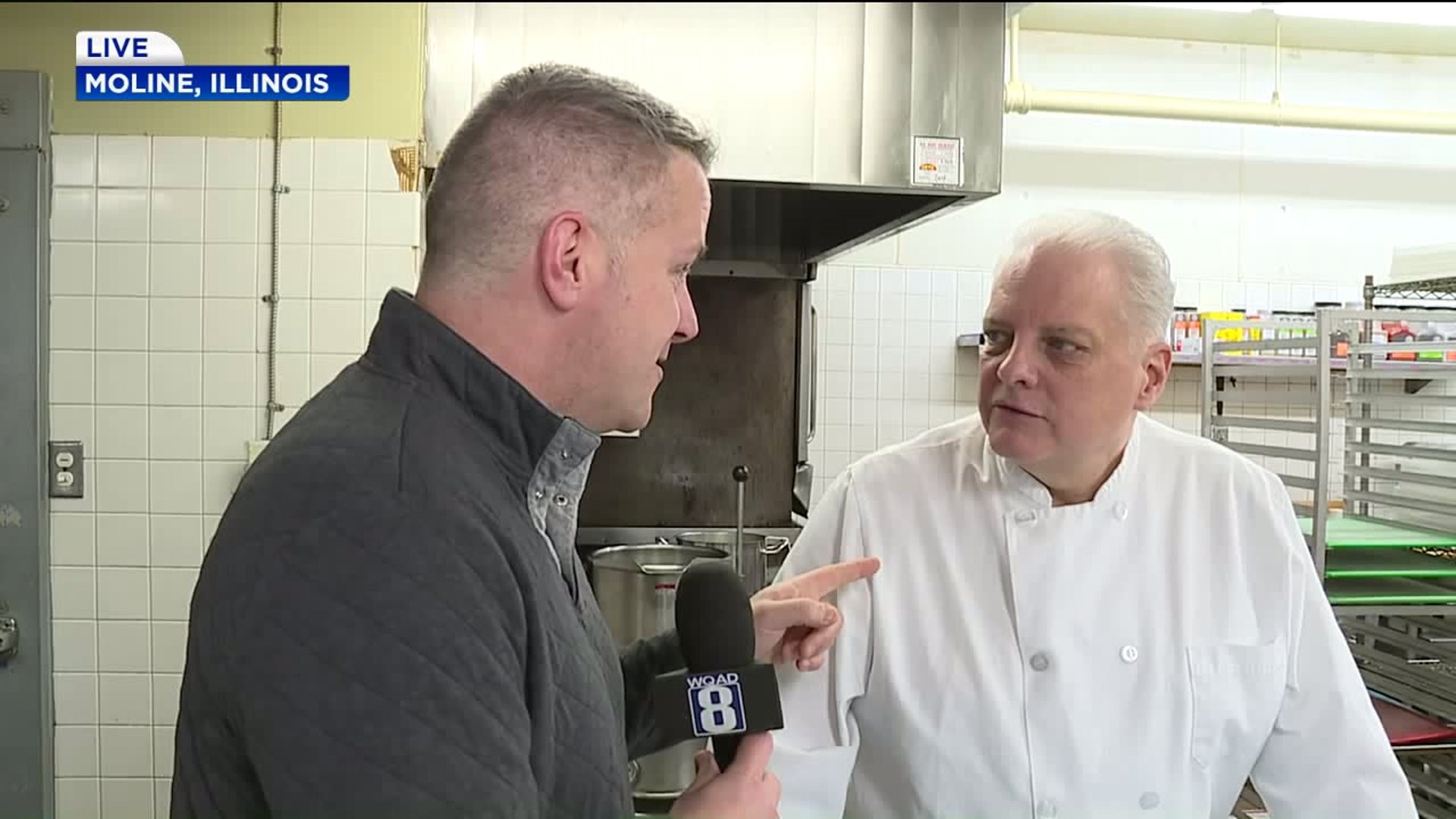 And inviting a Meteorologist in this time of year may have been a hard thing to say "yes" to. It hasn't been and easy time for some restaurants. WQAD News 8 spoke with two businesses last week that are on the brink of closing, due to cold weather keeping people at home.

Dave Herrell from VisitQuadCities.com joined us this morning and told viewers how important it is to stop into these local businesses because they employ people who live and work here. Restaurants that were closed during the "Polar Vortex" need to make up for that loss in revenue and your money stays in the community. 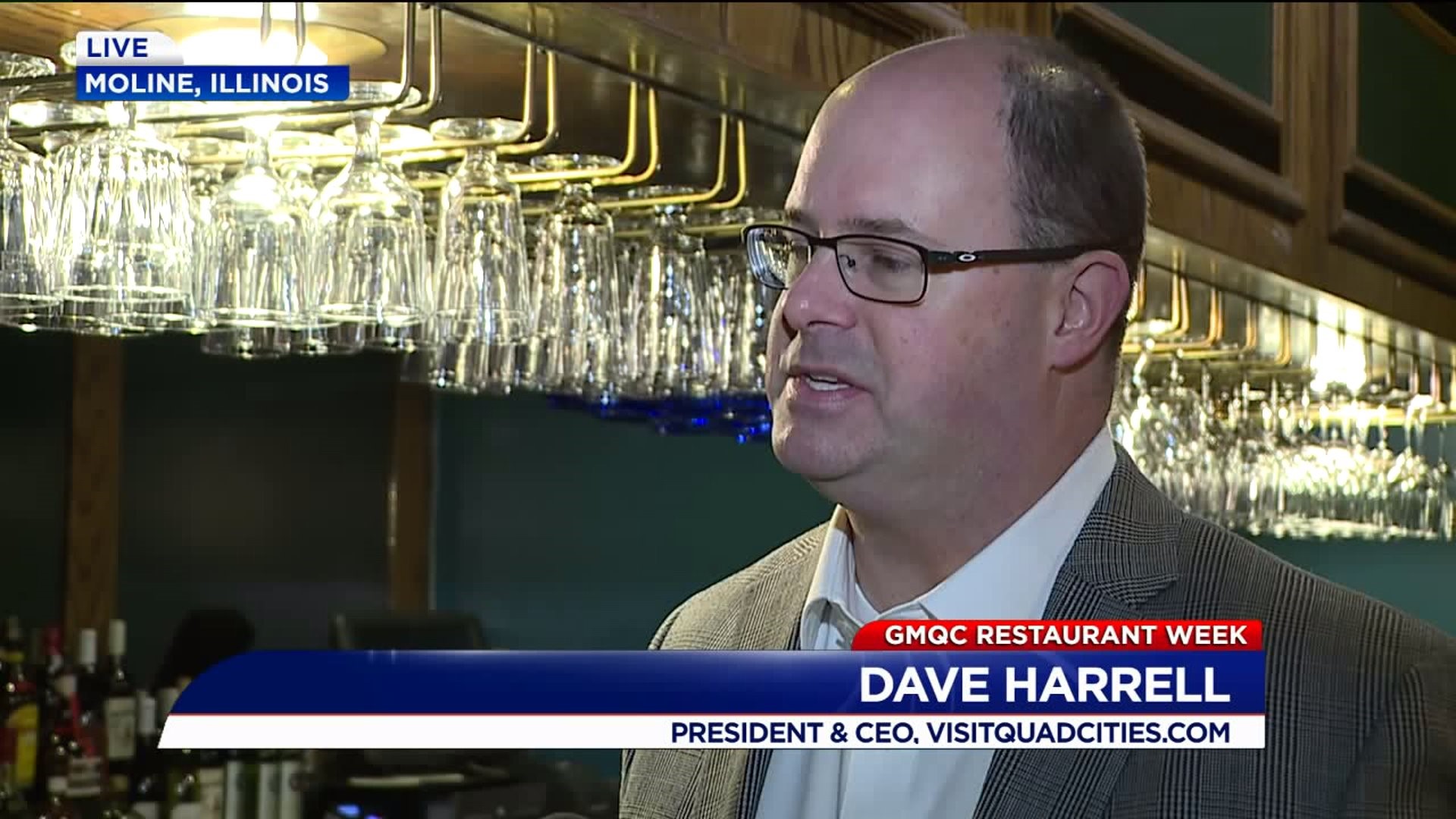 Chef and Owner of Miss Mamie's, Mike Osborn, tempted our taste buds with some of his favorites, including Surf and Turf, a salad with homemade poppyseed dressing, a signature burger with prime rib on top, and their homemade cinnamon rolls.

Mike also gave us more insight into "The Half Nelson," which we featured last week on Good Morning Quad Cities. Mike's son Matt is leading efforts in the family venture. "He grew up in the restaurant so he's a natural at this." The new restaurant starts with taking half of the Nelson Building on East 2nd Street in downtown Davenport and transforming it into a whole new destination for Quad Citians. He promises it to be wholly different than what Miss Mamie's and sister restaurant Mo Brady's Steakhouse is.

The Quad Cities is quickly becoming a destination for people looking for made-from-scratch, excellent food. Our thanks to Mike, Zack, and the whole crew at Miss Mamie's. We wish them much success, especially this week. Click here for special offers from all of the restaurants participating this week.

We continue all week long from a different place. A hint for tomorrow? "This one comes right out of the blue."