A navigation channel on the Rock River in Whiteside County will be easier to see with new channel markers for boater safety. 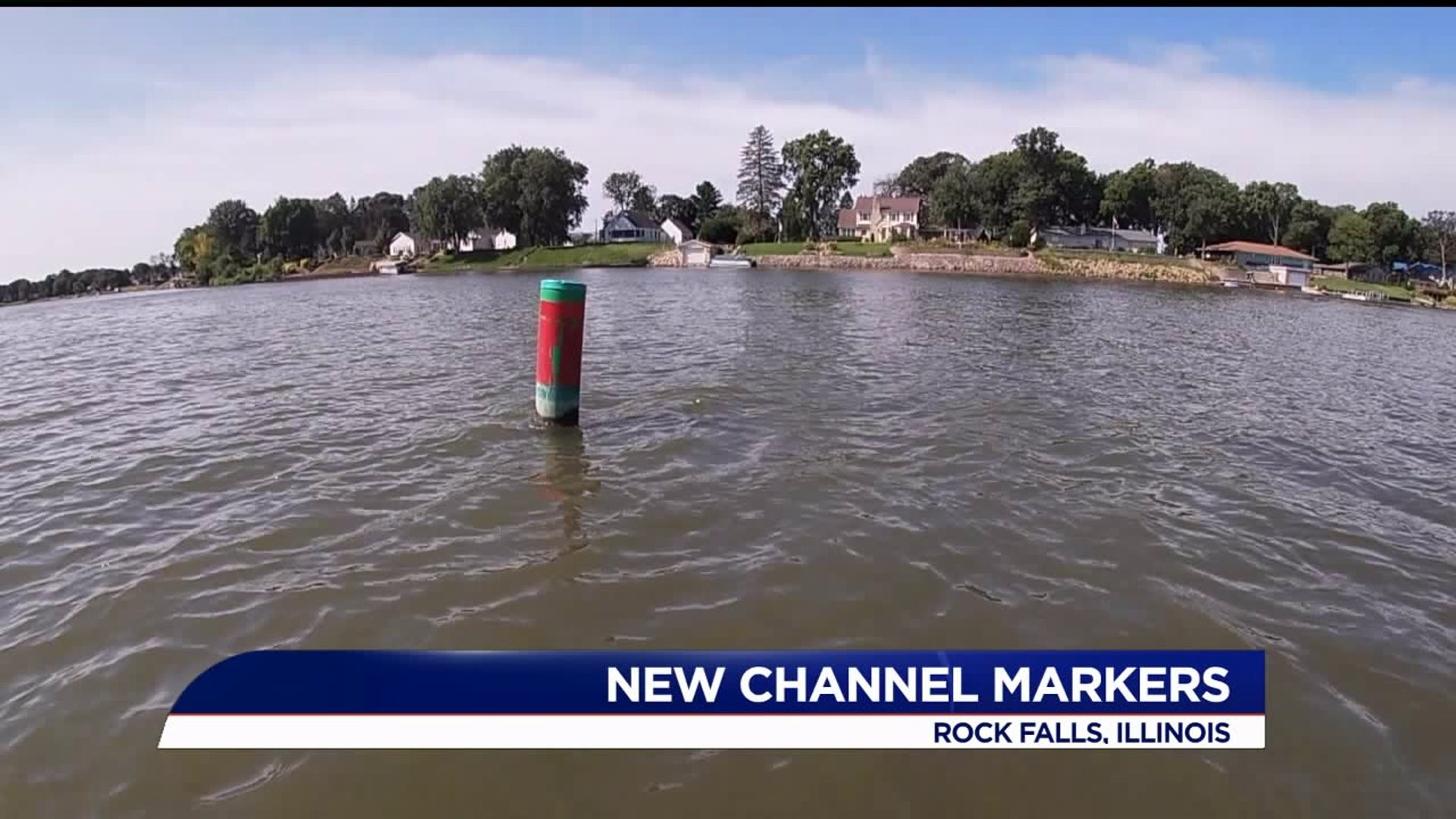 WHITESIDE COUNTY, Illinois-- Boaters on the Rock River in Whiteside County can float easier and safer thanks to new channel markers.

The Whiteside County Sheriff's Department (WCSD) and Rock Falls Fire Department (RFFD) teamed up to purchase 10 new channel markers to make navigation in the river more clear for boaters. The previous markers floated down river and were lost in floodwaters "several years ago," according to Sheriff John F. Booker.

"Because of some of the cuts in the State of Illinois' budget they have not been replaced," he said.

The bulk price for the channel markers was nearly $2,400  and came out of both department's "general public safety budget," according to Booker. The markers will stretch eastward from Rock Falls to the end of Whiteside County.

The sheriff's office and fire department will be placing the markers in the river within the next few weeks.

In between the markers is the designated navigation channel boaters are not to stray from, Booker said.