Can’t see the stream? Tap here. DAVENPORT, Iowa– It’s been three years since there’s been a Quad City Air Show, but that all changes Sat...

DAVENPORT, Iowa– It’s been three years since there’s been a Quad City Air Show, but that all changes Saturday, June 29 and Sunday, June 30.

Air Boss Ken Hopper, who puts on the show, did not have a contract with the city of Davenport in years past, but that problem has since been resolved.

Ken’s whole family is involved in the show. Evan Hopper joined News Eight on GMQC Thursday, June 27 to talk about what to expect during the show including the return of the Blue Angels and ten pilots from the Quad City area flying in the show.

“We wanted to take a step back and reevaluate,” Evan said about the three year hiatus. “When we found out we were going to get the Blue Angels back here… we decided we were going to come full force and do it again.They’re just incredible.

“We have like five other military demos too, which they’re hard to come by, so that’s really exciting to have.”

Evam said there will also be a virtual display set up that allows people to experience what it’s like to fly a jet. Electric Shock, an AC/DC cover band, is also set to perform on Saturday.

Gates open at 8 a.m. both days. The main show starts at noon and ends at 4 p.m. Gates close at 5 p.m. It all takes place at the Davenport Municipal Airport with the United States Navy Blue Angels. Tickets are $25 or $30 day-of. Kids under 5 are free. For ticket information, click here. 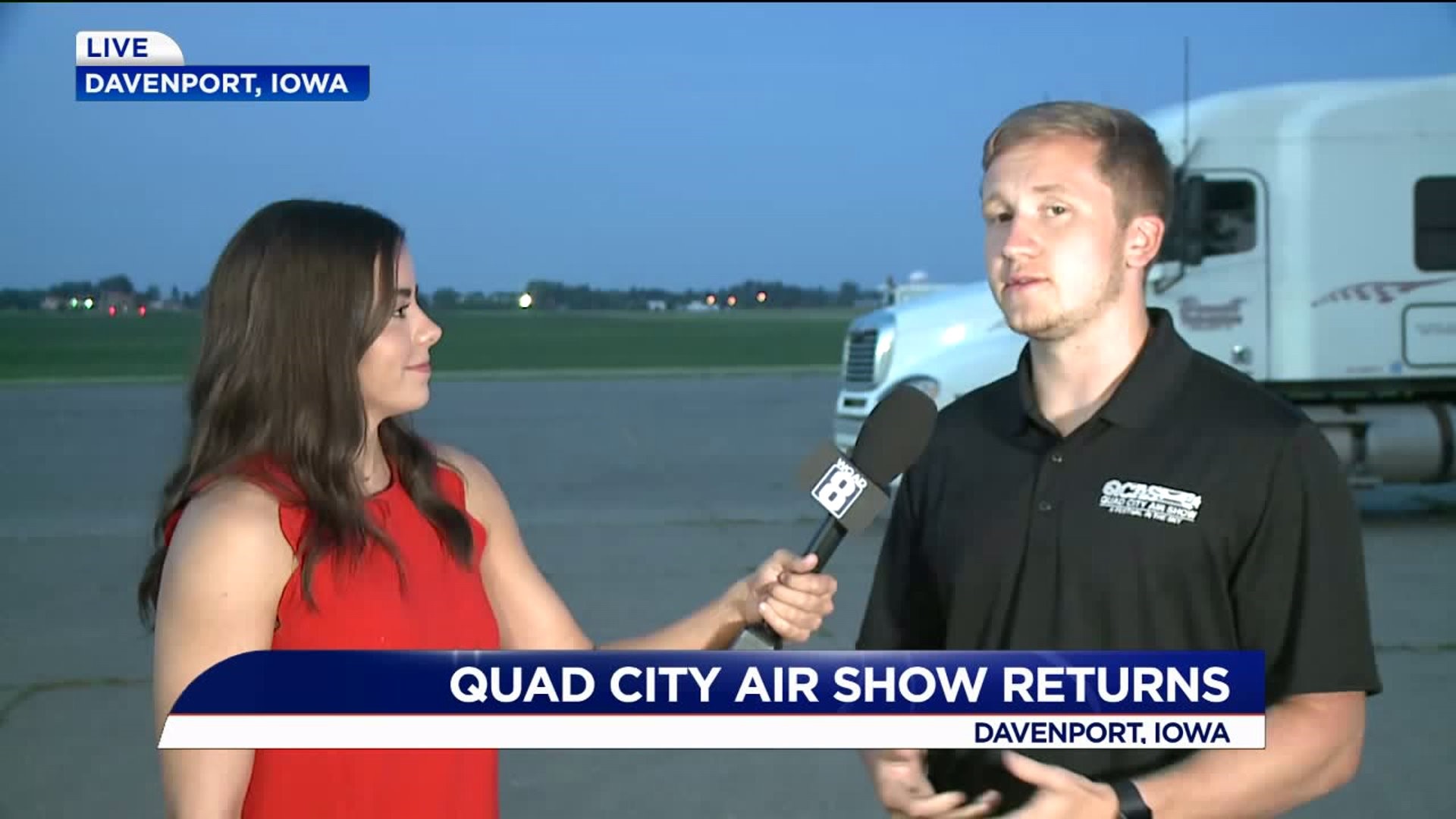