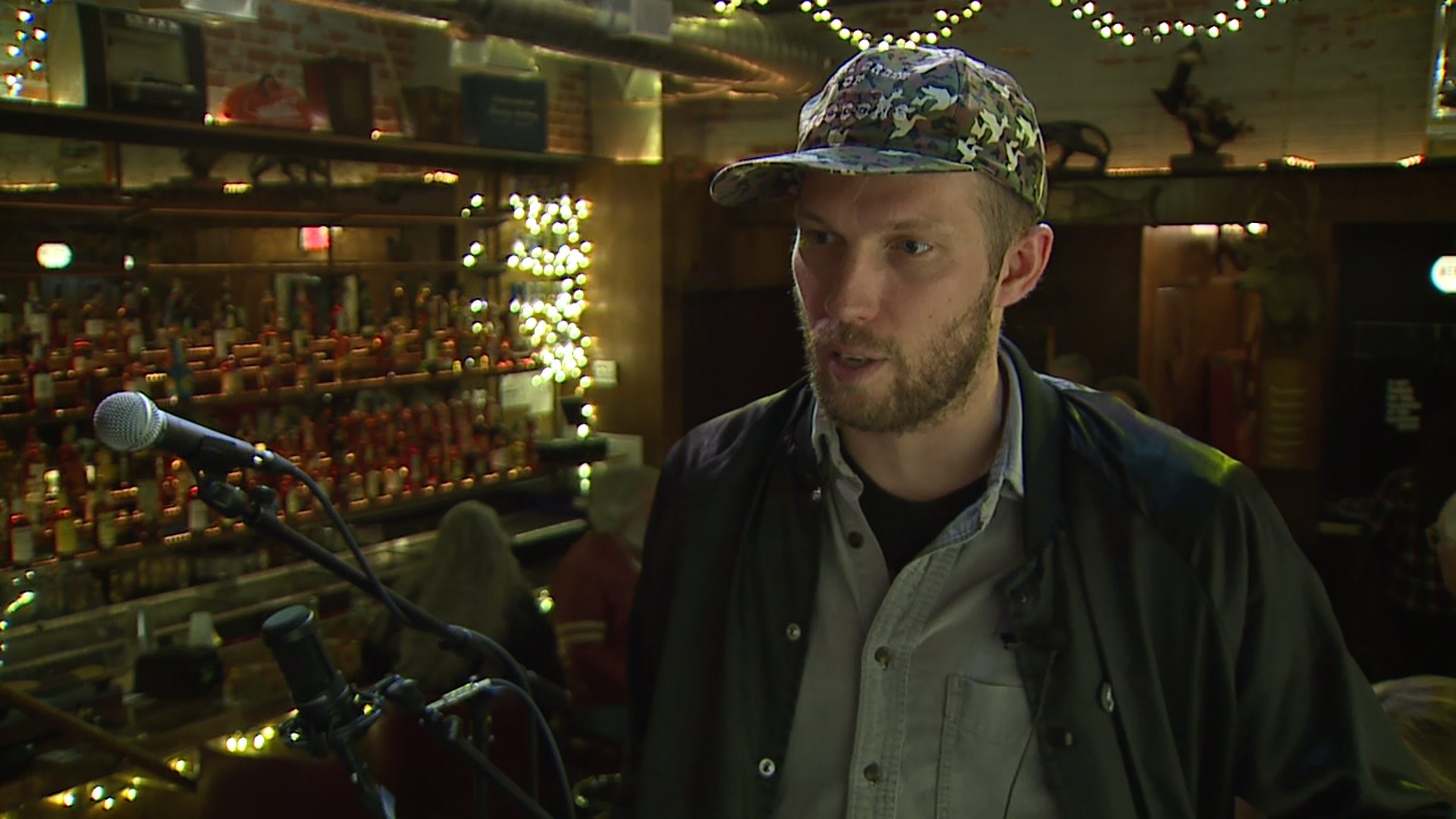 One of the four co-owners, Sean Moeller - the man behind the innovative music studio Daytrotter, talked with WQAD News 8's Elizabeth Wadas about the purpose, vision, and future of the venue.

Read the Q&A below, or you can watch the entire interview above.

Elizabeth: What did you want (people) to feel when they walk in here?

Sean: I wanted them to feel that this place has always been here, and obviously none of this existed, but I think that kind of an instant familiarity, and just a comfort of like, oh i really like this. We haven't done all the exterior stuff yet, so I think it's extra surprising when you do kind of walk in, because you don't expect any of it. And I just wanted people to feel like this is a place that they want to spend a lot of time.

Elizabeth: This is in the heart of downtown. You took a place that has been vacant for a while and made it something, and you also are bringing music into this town. Why do you bring music here? Why is that such a passion for you?

Sean: So much stems from that. You know, I mean I think if you look at any really great city (music) might not be the thing that makes it a great city, but it is one of the biggest contributing factors.

Why do you bring music here?

If there's not a lot of really great stuff in the arts and culture scene, you just don't have a great city. And so, I think there's a lot of stuff that I can do, and kind of what I do best - bringing people to town and showcasing great musical talent - that should kind of be a catalyst for more people deciding to live here and decide not to move away from here. And it's just kind of what I believe in. And I think history shows that when the music and the arts are there, that's when a great city pops up. I think we're on the cusp of things. This has been, oddly enough, my life's work, and I'm not going anywhere.

Why is that such a passion for you?

I think it's important and I think if people can allow themselves to come out and check things out, whether that's here, whether it's any of the other venues in town... if you just give it a try I think you feel a little bit more enriched and a little bit more fulfilled. And I don't think it's a drain on your energy. I don't think it's gonna make your work suffer the next day. It's something you can do after you've already put the kids to bed or take them to soccer practice. It's not something that gets in the way of other life. I think it's a contributor and it's an addition to your vitality, and I think it's important. It's not just putting on a rock n' roll show, it's adding to people's lifestyle and it's something that if you live in Brooklyn, if you live in Austin, if you live in Nashville or LA, they don't take it for granted and we shouldn't either... I've had a lot of people through town here who have gone on to do huge things and are headlining huge festivals and you're gonna get to see them at The Raccoon Motel.  I think it helps spiritually and mentally and it makes you feel like this is a place that you can live forever.

Elizabeth: Why not be somewhere like Austin, Texas or Nashville? You know, you have all this talent and you bring it to Davenport. Why Davenport?

Sean: It's my home. That's it. I've never wanted to live anywhere else.  I like going to visit other places but I like it here. I love music, I love this stuff, I wanna have to not drive somewhere to see it, so I bring it here, and hopefully other people feel the same way. Hopefully they wanna not have to drive to Des Moines or Iowa City or Chicago to see really great bands. And that's just kind of what I do on a daily basis, you know, reaching out to people, trying to get them talked in to coming to the Quad Cities. And you know? Every day gets easier. People just have to come out, because you don't have to drive somewhere else. You don't have to live somewhere else to get the best music in the world.

Elizabeth: Some chatter from people here, they're saying you guys aren't done yet. That maybe there's room for a barbecue restaurant next door, is that true?

Sean: That's not my part, you'd have to ask Dan (Bush, a co-owner and the man who opened the downtown gaming bar Analog). But i don't know how much he's telling people just yet.  The whole complex is going to be pretty special though.

Elizabeth: So you guys aren't done yet...

Sean: Not even close.