Putnam Museum educators spent part of their day today making sure kids in the Flight Academy understand how important Apollo 11 really is. 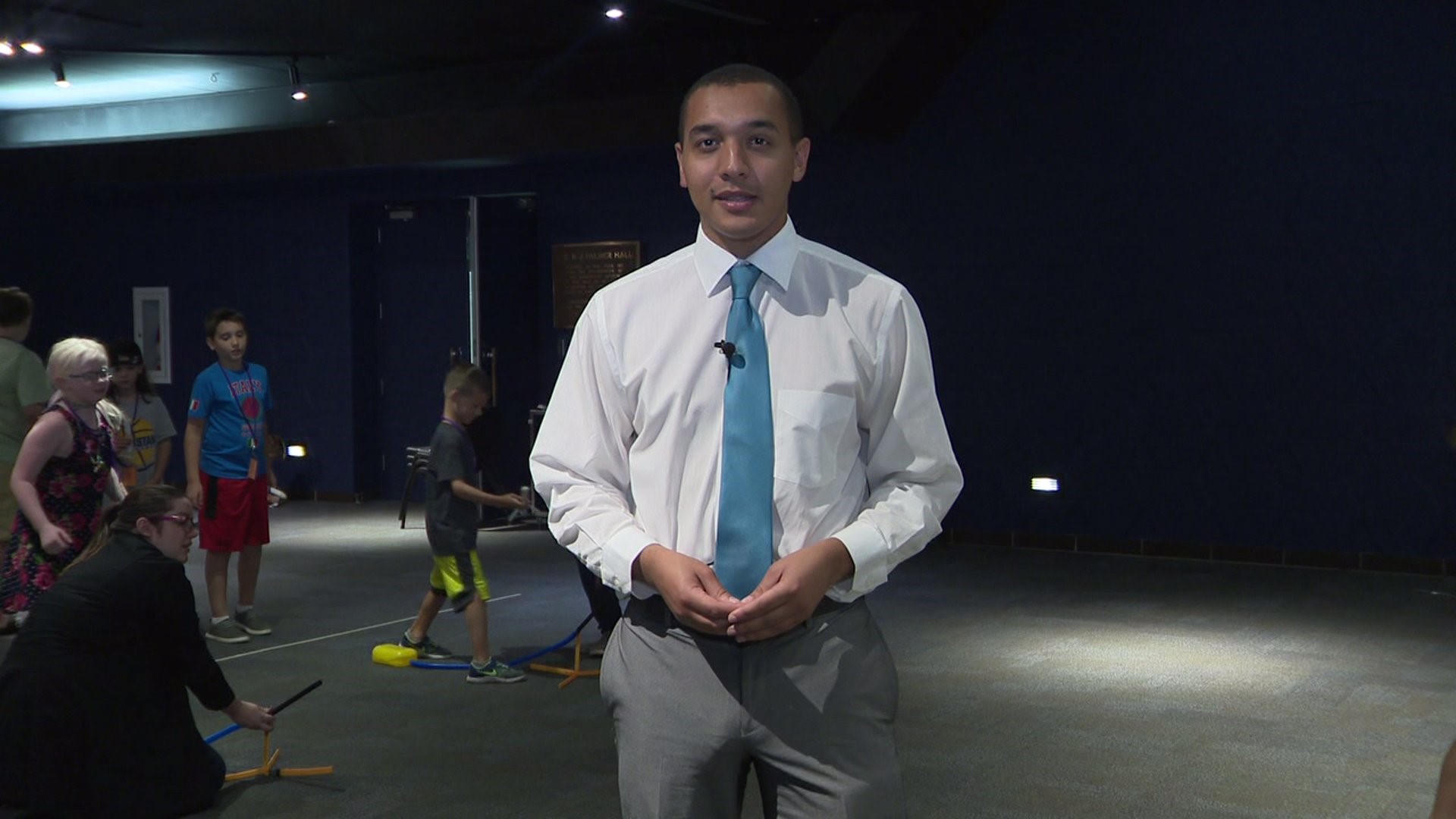 DAVENPORT, Iowa - The Putnam Museum is using the 50 year anniversary of the Apollo 11 mission as an opportunity to teach a younger generation about the history of the lunar landing.

On Friday, July 19, the children participating in the museum's Flight Academy summer camp had a chance to learn about space, and flight.

Among those students was 10-year-old Anessh Narmeta. He is heading into 5th grade and was building his own rocket that he would launch over the moon.

To be clear, it was a stomp rocket that he was launching over a whiteboard with a moon drawn on it.

Still, he says the activity reminds him how important it is to learn about space.

"I wouldn't know anything about space if it wasn't for the people who went to mars, who went to the moon," he said.

These are the types of lessons that leaders at the Putnam Museum say will help shape the future of the Quad Cities community.

"It's the 50th anniversary of, I’d say, one of man’s biggest achievements and these children weren’t alive at the time. They don’t know about it," said Michele Darland, Relationship Advancement Director at Putnam Museum. "We can teach them what happened, we can teach them about the technology and the science behind it."

Narmeta said he has no plans to become an astronaut.

"I want to stay on earth," the 10-year-old said while considering the demands of the job. "I'm not scared of heights but I am scared of going far away from my family. I get homesick very easily."

However, it's still a lesson he and his fellow campers appreciate. And, it's one that will help them understand the limits of mankind.

The Putnam will commemorate the 50th anniversary of the lunar landing with a party on July 20.

Anyone 21-years-old or older can attend a party that will spark over-the-moon nostalgia.

Also on July 20, the Putnam will host The Day We Walked on the Moon on the Giant Screen. The documentary, produced by the Smithsonian Channel, tells the story of the historic moon landing through interviews with key figures in mission controlm contemporary astronauts and the families of Buzz Aldrin and Neild Armstrong.

The movie will offer a glimpse into the dangers that existed with the Apollo 11 mission.

The movie will also run on July 21.