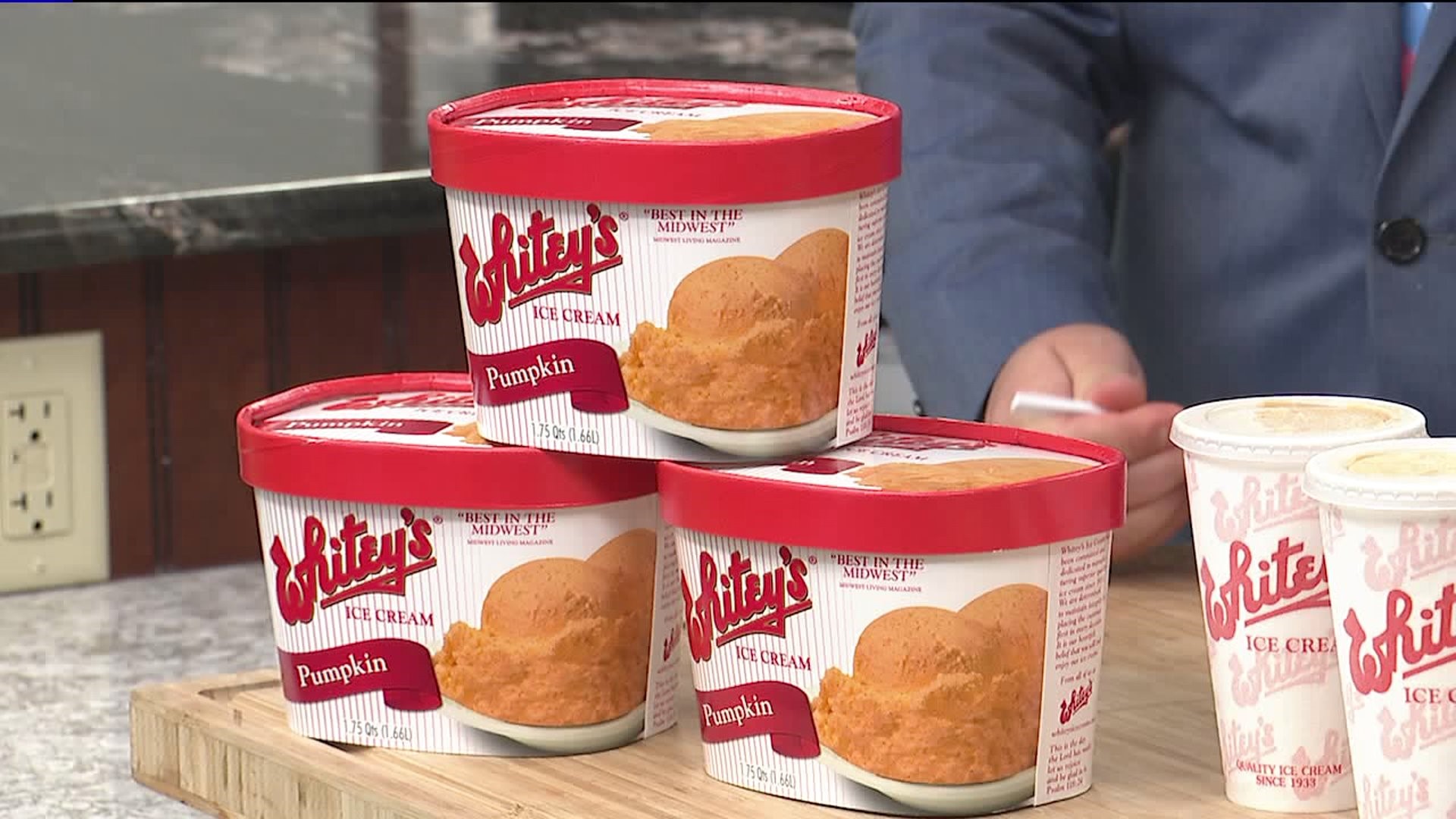 On Friday, August 30th, the fall favorite returns to all stores. During Good Morning Quad Cities, we got the first taste and learned the backstory of the sweet scoop.

According to Annika Tunberg, Vice President and Director of Marketing for Whitey's Ice Cream, their Pumpkin Ice Cream is based on a secret pumpkin pie recipe created by Norma Tunberg, who's known as the "Mother of Whitey's." So, the next time you're enjoying this flavor of fall, know that you're also tasting Quad Cities history!