Garner died on July 17, 2014 after police tried to apprehend the father of six who was allegedly selling loose cigarettes, a crime he had been arrested for befo... 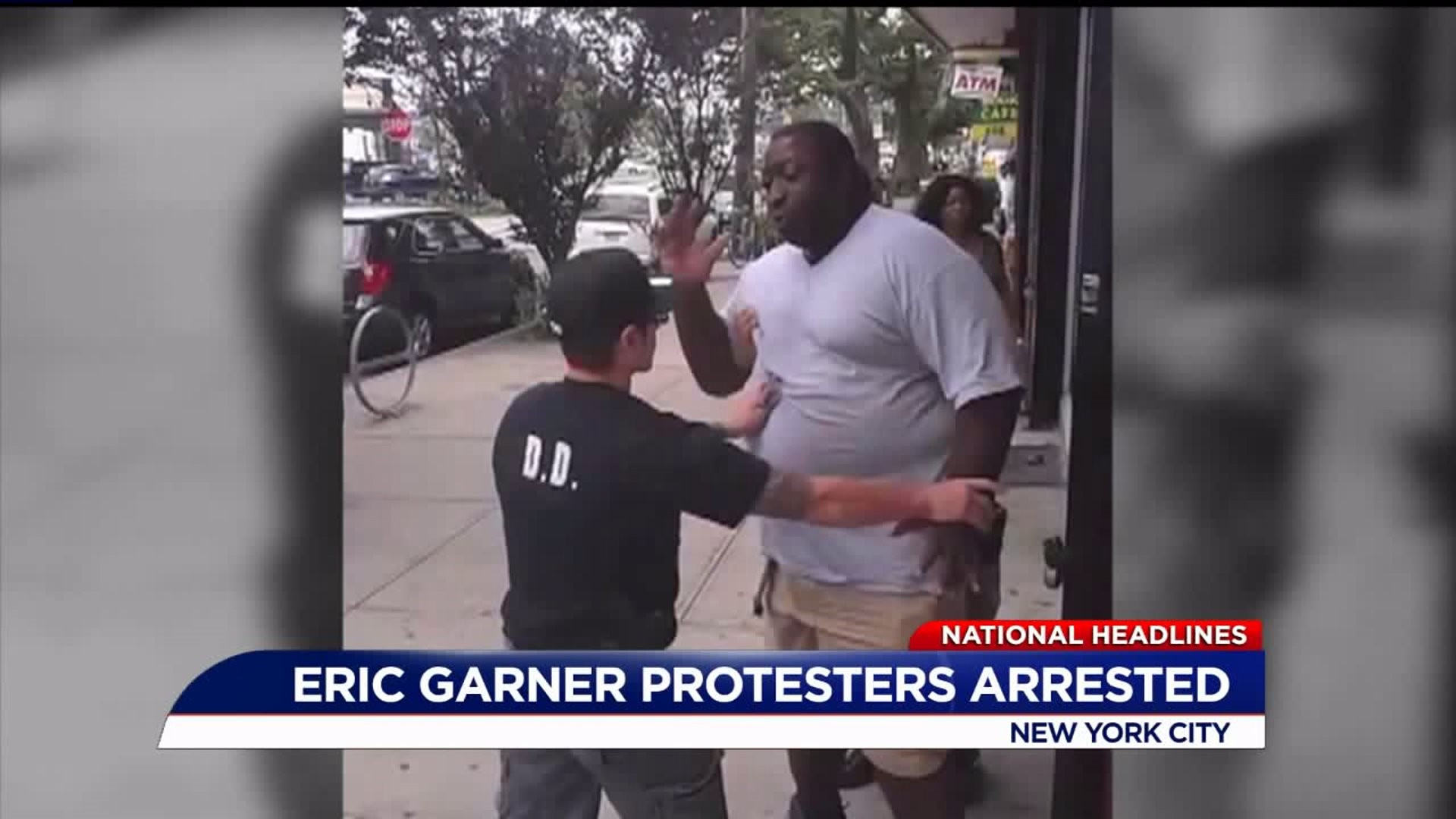 (CNN) -- Protesters rallied in New York Wednesday on the anniversary of the death of Eric Garner, an African-American father who died after officers tried to apprehend him five years ago.

The rallies took place a day after the Justice Department said it was declining to bring federal charges against New York police officer Daniel Pantaleo, who is accused of using a chokehold on Garner in July 2014. The decision angered Garner's family.

Protesters demanded justice for Garner's death and called for Pantaleo and other officers to be fired, directing anger at New York Mayor Bill de Blasio.

"My son was killed five years ago today. And I'm still feeling that same pain," Garner's mother, Gwen Carr said at a rally in Foley Square in Manhattan as the crowd repeated after her.

Addressing Mayor de Blasio, Carr said: "We have to get those officers fired. The ones who were on the scene that day who murdered my son."

"So, we're calling on the de Blasio administration, fire those cops," Carr said. "You have the power. Assert your power."

The crowd chanted: "We are Eric Garner. We need justice and we need it now."

Garner died on July 17, 2014 after police tried to apprehend the father of six who was allegedly selling loose cigarettes, a crime he had been arrested for before.

In a cell phone video, Pantaleo appeared to have Garner in a chokehold shortly before Garner died. Pantaleo denies he used a chokehold. Garner's last words "I can't breathe," became a rallying cry in Black Lives Matter protests demanding police accountability for the deaths of unarmed black men.

The city's medical examiner's office ruled Garner's death a homicide in the days after his death.

The medical examiner testified during a disciplinary hearing that Pantaleo's alleged chokehold caused an asthma attack and was "part of the lethal cascade of events."

Federal investigators have been examining the circumstances of Garner's death since 2014, after a grand jury in New York declined to indict the Staten Island officer. The city settled with Garner's estate for $5.9 million in 2015.

Federal authorities had a deadline of Wednesday to decide to bring charges against Pantaleo.

Attorney General William Barr sided with a Justice Department team in New York over the Civil Rights Division in Washington when he made the decision not to bring charges against Pantaleo.

The decision stemmed from concerns that prosecutors could not successfully prove the officer acted willfully, a senior Justice Department official said.

Meanwhile, the NYPD has brought departmental charges against Pantaelo. If found guilty of using the chokehold and restricting Garner's breathing, Pantaleo could face discipline ranging from loss of vacation days to the loss of his job.

Activists and lawyers for the Civilian Complaint Review Board, the city agency charged with overseeing the NYPD, said Pantaleo used an illegal chokehold, which is banned by the department.