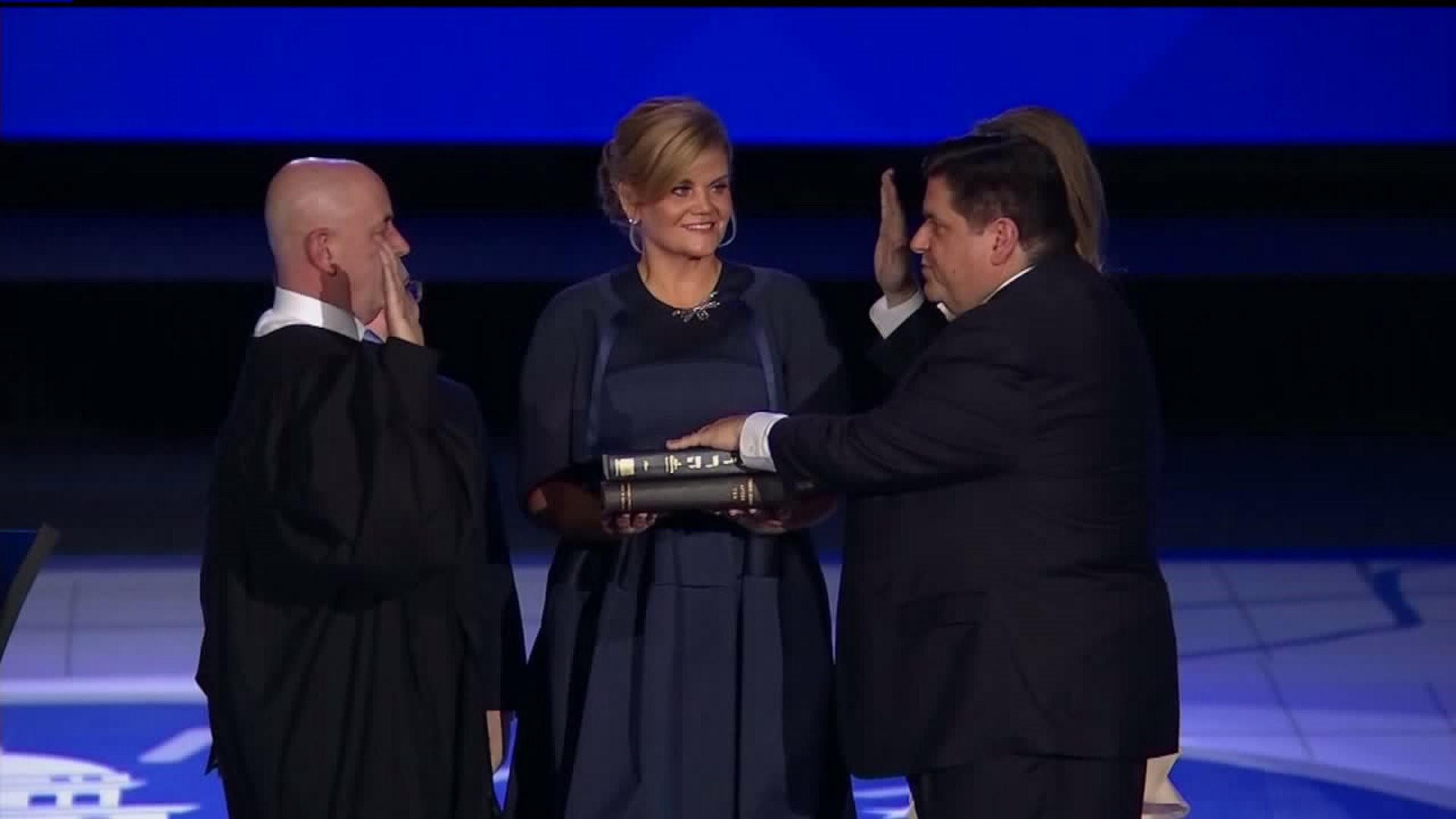 SPRINGFIELD (Illinois News Network) -- Illinois' new governor is making it clear, he wants to see state government do a lot over the next four years.

Gov. J.B. Pritzker's to-do list is long and could grow during his first year in office.

Pritzker told the crowd at his inauguration Monday in Springfield that he sees a century of boundless opportunity ahead.

He also outlined a plan to have state government spend more on child care, adopt a climate change strategy, raise the minimum wage, fight gun violence, and raise taxes to pay for it all.

"The future of Illinois depends on the passage of a fair income tax," Pritzker said. "Which will bring us into the 21st century, like most of our Midwestern neighbors, and the vast majority of the United States."

Pritzker is still not saying, however, what that new tax would look like, or who will pay what.

"I won't hollow out the functions of government to achieve an ideological agenda," Pritzker said to applause. "And I won't make government employees the scapegoats."

Pritzker takes office immediately, but will have some time before he has to work with Illinois lawmakers. Legislators aren't due back at the Capitol until the end of the month.