Pritzker said he’ll ensure that certain union employees who have not received automatic annual pay raises since 2015 get their appropriate step increases going ... 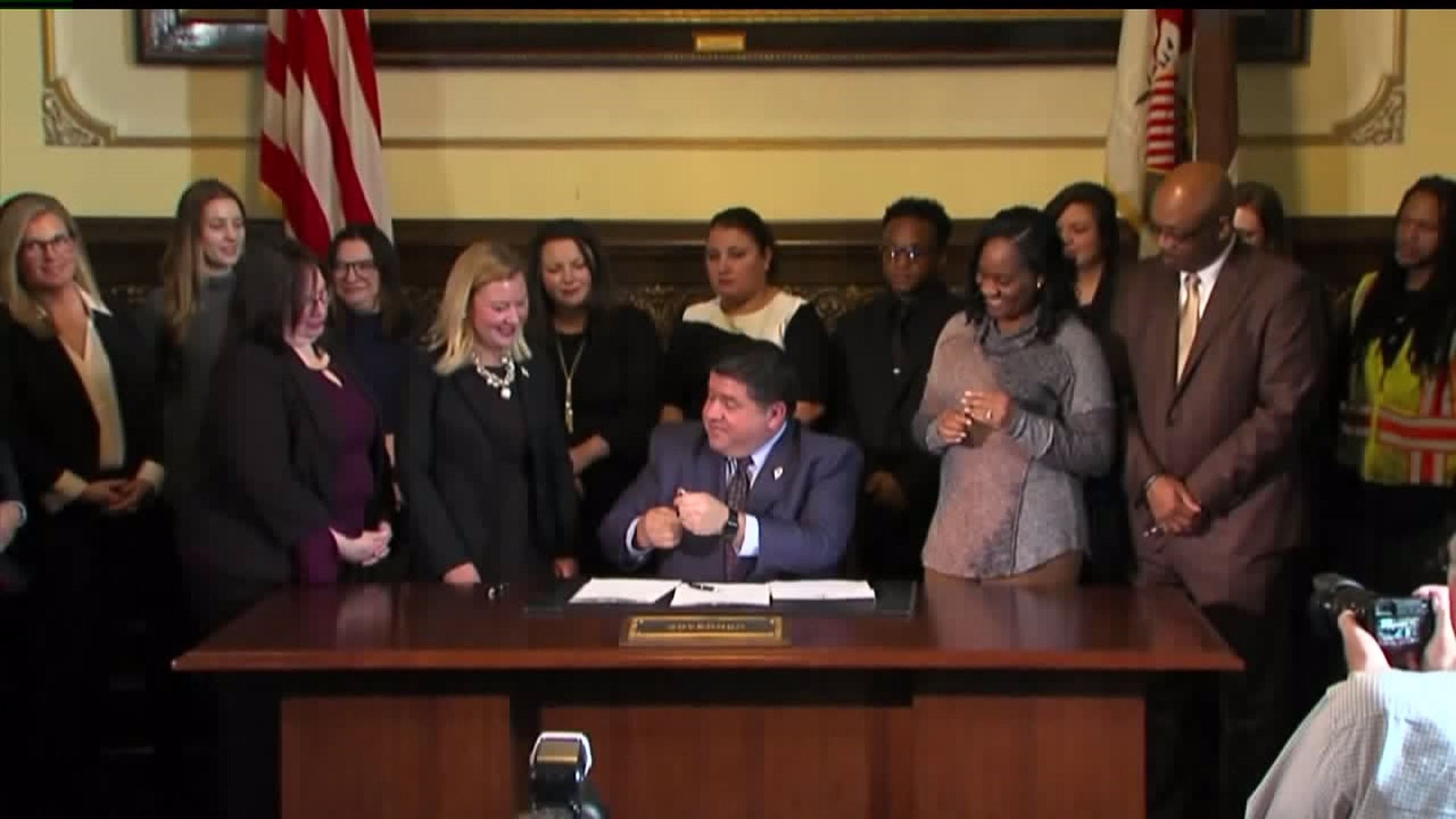 On his first full day as Illinois’ new chief executive, Pritzker held a news conference inside his second-floor office at the State Capitol in Springfield to announce the actions. Pritzker said he’ll ensure that certain union employees who have not received automatic annual pay raises since 2015 get their appropriate step increases going forward, but not back pay.

Former Gov. Bruce Rauner came to terms with more than a dozen unions for new contracts over four years, but never came to terms with the American Federation of State County and Municipal Employees Council 31 union, essentially freezing the automatic pay raises since 2015.

The administration didn’t respond to comments about if the step increase moving forward is only for state employees who are members of the union, or for all union-eligible state workers, even those who don’t pay dues. The U.S. Supreme Court ruled that public employees can't be forced to pay a union they don’t want to belong to as a condition of public employment.

Pritzker didn't answer a question about how much it would cost or how it would be paid for. The step increases weren't included in the budget lawmakers approved in May.

The order didn't address the issue of back pay for about 14,000 state employees. Former Gov. Bruce Rauner had frozen the automatic compounding pay hikes when he took office in 2015 because he said lawmakers never appropriated money to pay for them. In 2018, an Illinois Labor Relations Board Compliance Officer ordered the state to pay back wages to those union employees. The cost for that could top $412 million.

Monday “we heard promises from Pritzker that he would work with Democrats and Republicans to balance the budget,” Schneider said. “Yet today, Pritzker unilaterally made reckless spending promises without specifying the costs, creating more budget uncertainty. It's clear – the Pritzker agenda is the same agenda that has dragged our state down for decades – borrow, tax, spend, repeat."

“It’s very important for us to establish on Day 1 that this is a very different kind of administration and we’re focused on lifting up working families,” Pritzker said when asked how he’d balance the expected increased cost.

“But when you have a high union density your construction workforce is unionized already and they’re the ones that are going to end up getting the contract,” Scribner said.

“I applaud Gov. Pritzker for taking immediate action to lift up the middle class and those striving to get there,” Mike Carrigan, president the Illinois AFL-CIO, said in a statement. “Signing this package of legislation and executive orders on his first full day in office shows that Gov. Pritzker is putting working families first.”

Unions across the state supported Pritzker’s campaign after the landmark Supreme Court decision in the Janus v. AFSCME case, which stopped public workers from being forced to join a union as a condition of public employment.

“There are obligations of state government to report information, data for example, as well as comply with certain laws that have been passed in prior years that were not complied with by the prior administration,” Pritzker said. “We want to make sure we know what all of those issues are and make sure we are implementing those.”

The law Pritzker signed protects the wages of workers and promotes gender and racial diversity in companies with state contracts, his office said in a news release.