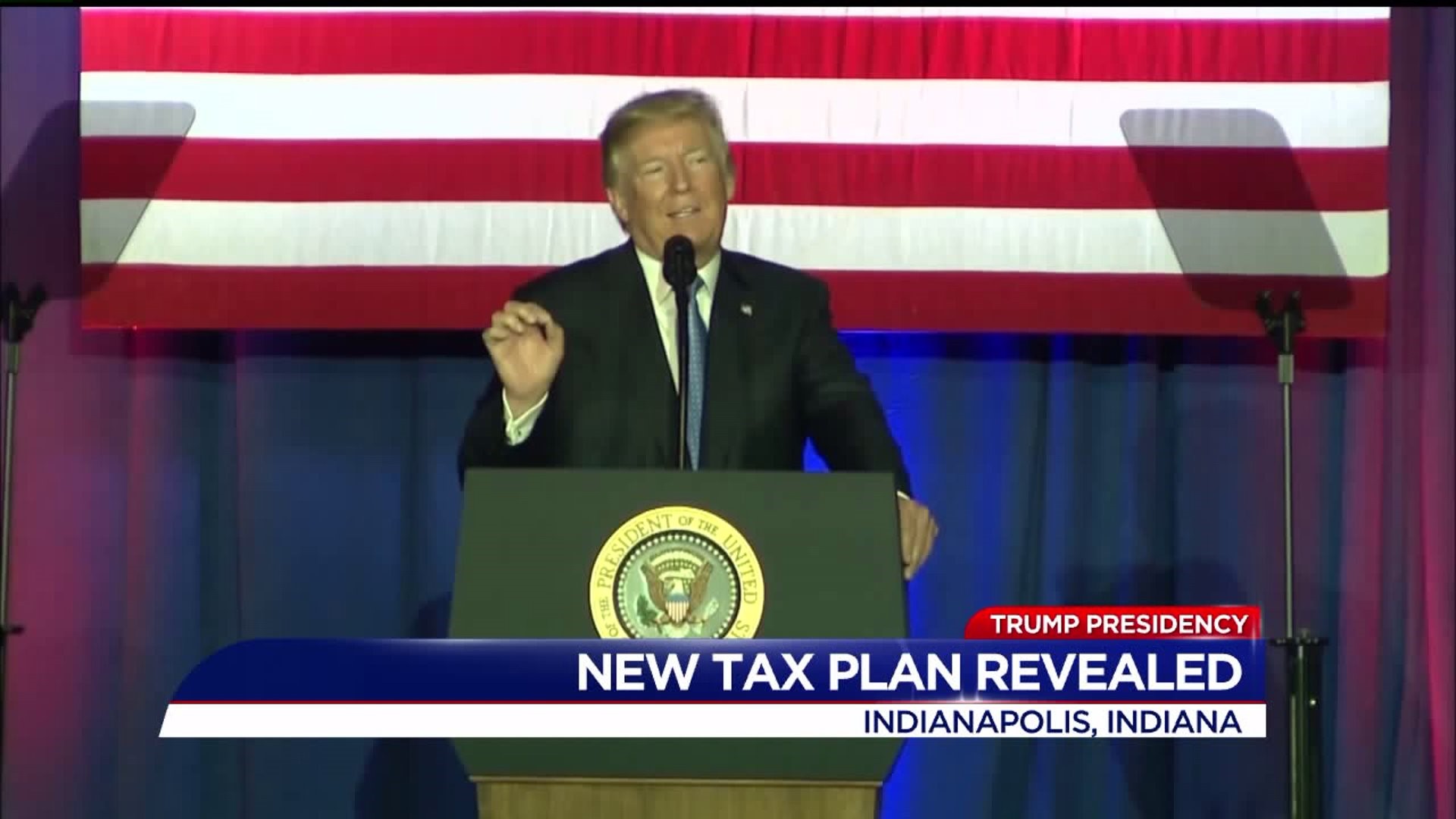 INDIANAPOLIS, Indiana-- Wednesday, President Donald Trump unveiled some details of a long-awaited plan for tax reform that promises tax cuts for Americans across the board.

Republicans a rolling out a blueprint they call "simple and fair."

Pres. Trump says it's "historic," a "better deal for the middle class," and the "largest tax cut in history."

"In other words: more income for more people will be taxed at a rate of zero," Trump told the Indianapolis crowd that gathered to hear him speak Wednesday afternoon.

Currently, there are seven tax brackets. Trump's plan to Congress simplifies it to three: 12%, 25%, and 35%. Congress will decide where your income falls.

The new plan still needs to be written, and Republican leaders are still trying to put together a bill that can pass a bitterly divided congress.

"We can work together and seize this moment and do what the American people sent us here to do," Speaker of the House Paul Ryan (R-Wisconsin) told reporters.

"They are playing a shell game with middle class families in America," Rep. Ron Wyden (D-Oregon) criticized. "What they give with one hand, they take away with another."

The new tax proposal slashes most deductions. You'll no longer be able to write off your state and local income and property taxes. But it does keep in place two of the most popular deductions: mortgage interest and donations to charity.

Meantime, the Committee for a Responsible Federal Budget, a nonpartisan group that analyzes spending and taxes, says the tax plan could add $2.2 trillion to the Federal deficit.