An EF-2 tornado uprooted trees and tore roofs of homes in the small community of Prairieburg, Iowa, on Wednesday evening. 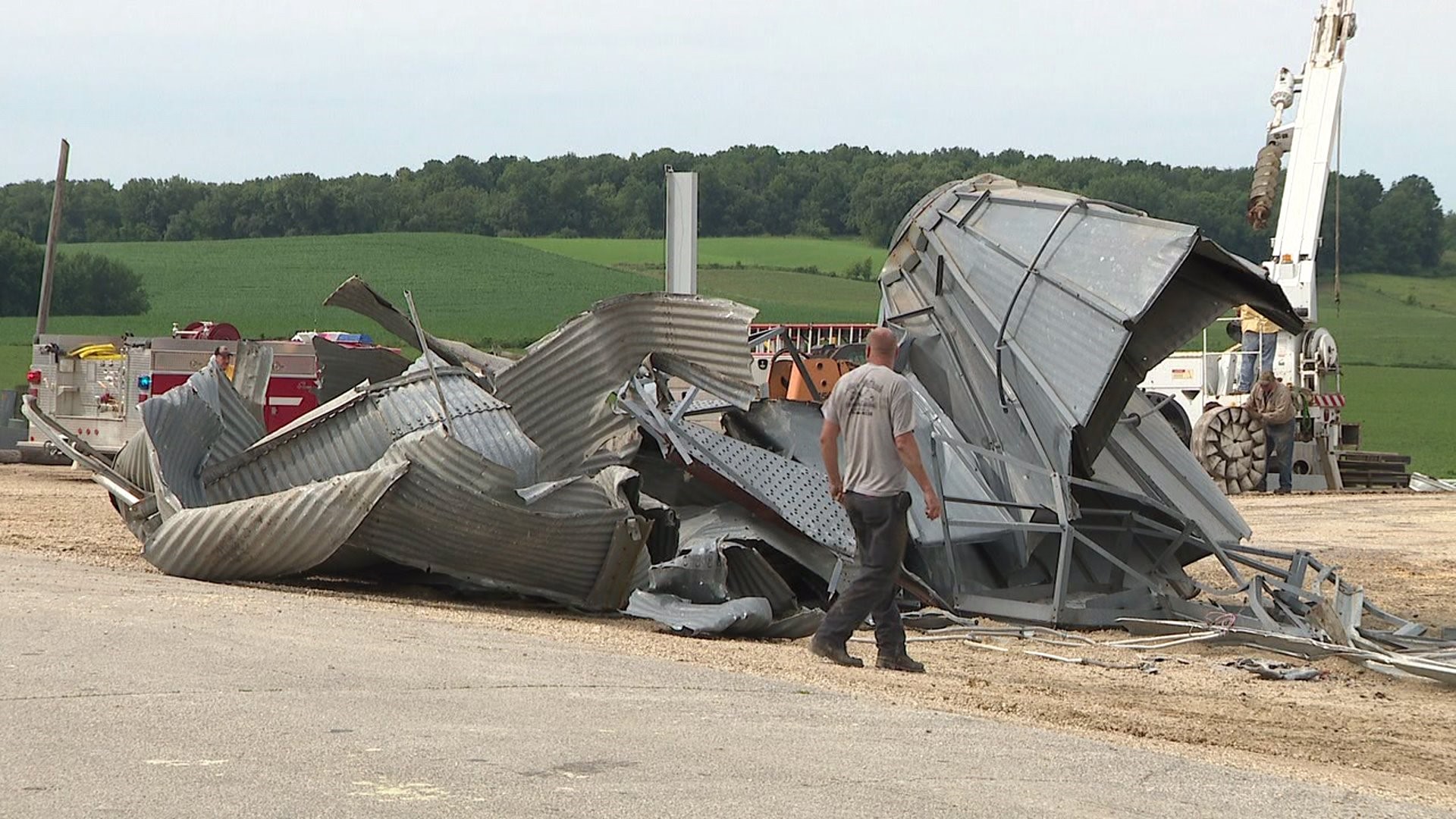 PRAIRIEBURG, Iowa -- An EF-2 tornado uprooted trees and tore roofs of homes in the small community of Prairieburg, Iowa, on Wednesday evening.

The damage was an unexpected birthday surprise for homeowner Tom Walker.

On Thursday, a National Weather Service survey team determined a tornado caused EF-2 damage with estimated winds of 120 miles per hour between Central City and Prairieburg.

"It was already on its way, I could see it, so I went and sounded our siren. I really didn't hear anything, my adrenaline was pumping so bad to run through town and try and make sure everybody was out of their homes or in their basements," said Wilson.

Most of the damage was limited to the southern edge of town. Among the hardest hit structures was a grain elevator owned by Darren Paustian and his wife.

"You cry, and you think about everything, all the 25 years that I've got in here. My father-in-law's got probably closer to 50 years, plus when his dad had it," said Paustian.

Paustian said the damage to the family business was made a little easier, though, by friends and family who showed up to help.

"When something like this happens, you don't know which way to turn. You sit there and spin in circles, you know? Because what do you do? But people come here and say, 'Hey, I'll take care of this.' Another guy says, 'I'll take care of that.' Makes it a whole lot easier for us," said Paustian.

Linn County officials said one woman was hurt when her home was damaged by the tornado, but she is expected to be okay.