Two nearby potato chip makers have spent decades battling over the market in and around the Quad Cities and loyal fans know which is their favorite. 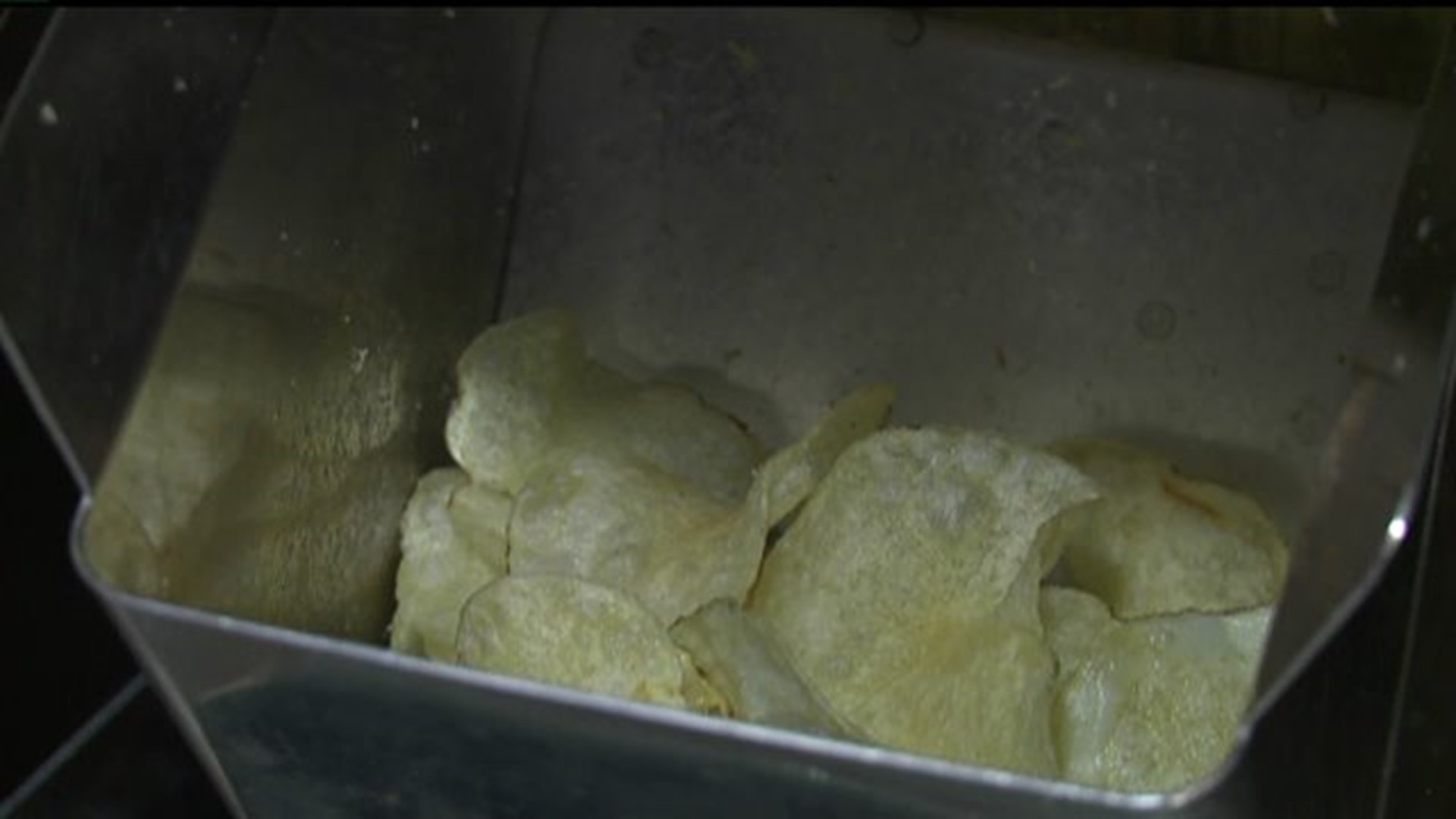 Two nearby potato chip makers have spent decades battling over the market in and around the Quad Cities and loyal fans know which is their favorite.

They've been around for about 80 years, and the Sterzing's Food Company has been in the same factory in Burlington, Iowa for 46 years.

Sterzing's is the only chip manufacturer, or "chipper," in all of Iowa according to co-owner Craig Smith.  His workers actually stir the chips by hand to get a unique taste.

Sterzing's has just 20 employees and can be bought in places like Burlington, Cedar Rapids and Waterloo.

"That helps keep employment, as far as I'm concerned," Smith said about stirring the chips. "We could automate the entire process, but we choose not to."

Just across the river, there is another chip manufacturer called Kitchen Cooked in Farmington and Bushnell, Illinois.

Kitchen Cooked has about 100 employees according to co-owner Paul Blackhurst, who took over his family business about 15 years ago.

Unlike Sterzing's, his company doesn't have someone that stirs the chips, once they get into the kettle frier.

Kitchen Cooked chips can be bought in places like Farmington, Galesburg and the Quad Cities.

"When I was a kid, I was hand-stirring the chips, and it was 100 degrees out, and it gets to you," Blackhurst said about his job. "That's not the case anymore."

For our small, informal taste test, we headed to locations in Muscatine, Iowa and Monmouth, Illinois where both brands were sold.  Our test gave the edge to Kitchen Cooked over Sterzing's.

To vote on which chip you like more, vote in our poll below: