Part of the Lyons Post Office building was reportedly at risk of collapse when it was struck by a piece of heavy equipment in Clinton, Iowa. 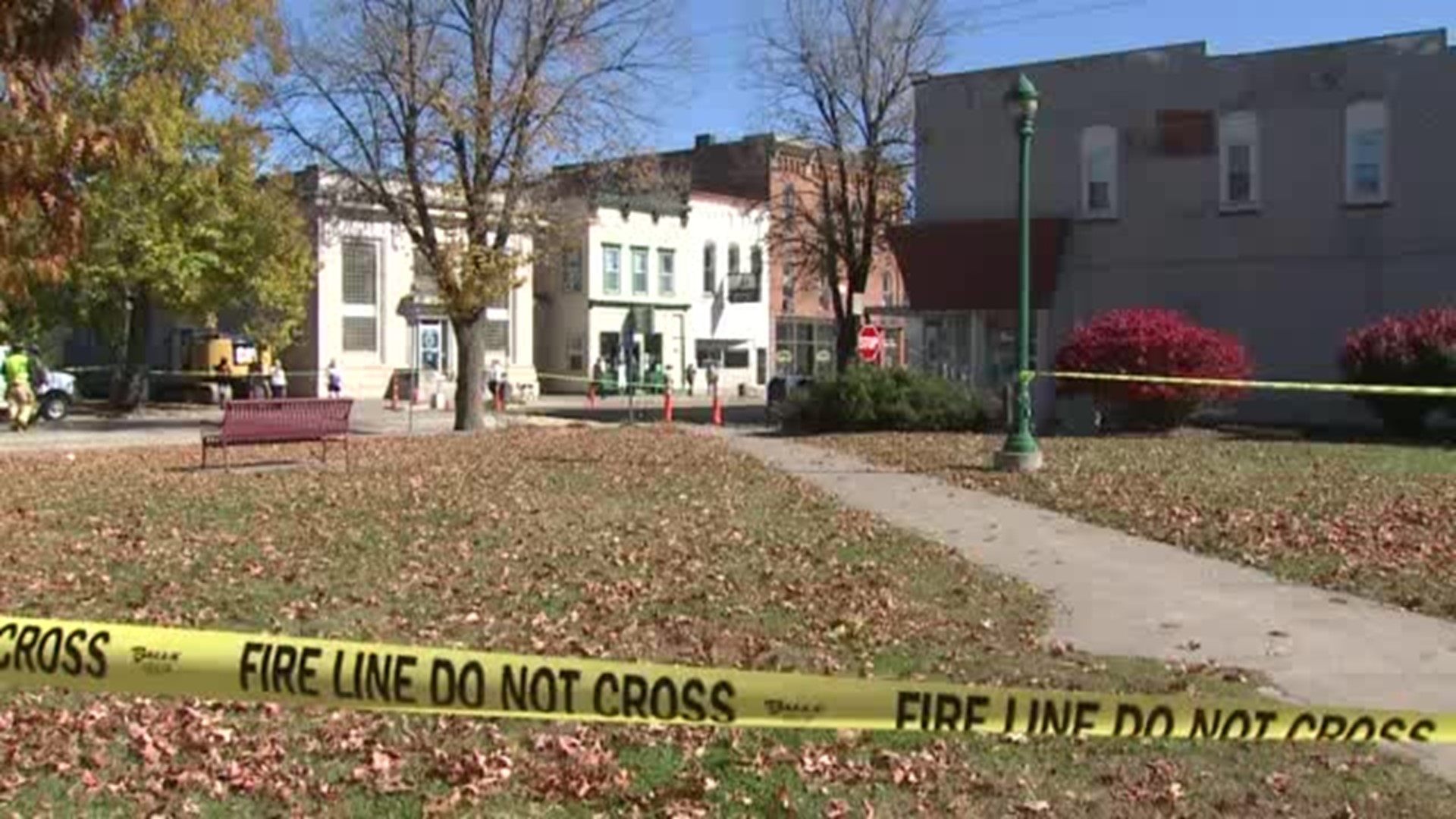 Part of the Lyons Post Office building was reportedly at risk of collapse when it was struck by a piece of heavy equipment in Clinton, Iowa.

The incident was reported at about 11 a.m. Wednesday, October 22, 2014 at the facility at 97 Main Avenue in Clinton.  The area around the building was under construction.

Initial reports indicated a water line was also ruptured at the building.  The building, which includes the post office and apartments, was evacuated and utility service was shut off.

Firefighters and an ambulance were sent to the scene.  No injuries were immediately reported.

Large cracks, and a hole near the base of the back side, were visible on the exterior of the building shortly after it was evacuated.

Later in the afternoon, fire crews were forced to partially collapse the building in order to save the rest of it.

"The [construction crews] are doing some kind of excavation work I think, there's some renovation going on in the Lyon's District," said Clinton Fire Battalion Chief, Frederick Roling. "As soon as we got near the alleyway, it looked like the building's foundation may have been undermined."

The fire department said the building should be structurally sound for now. They hope to have the gas turned on by Thursday morning.