The battle between two cities across the Mississippi River has been settled for yet another year. 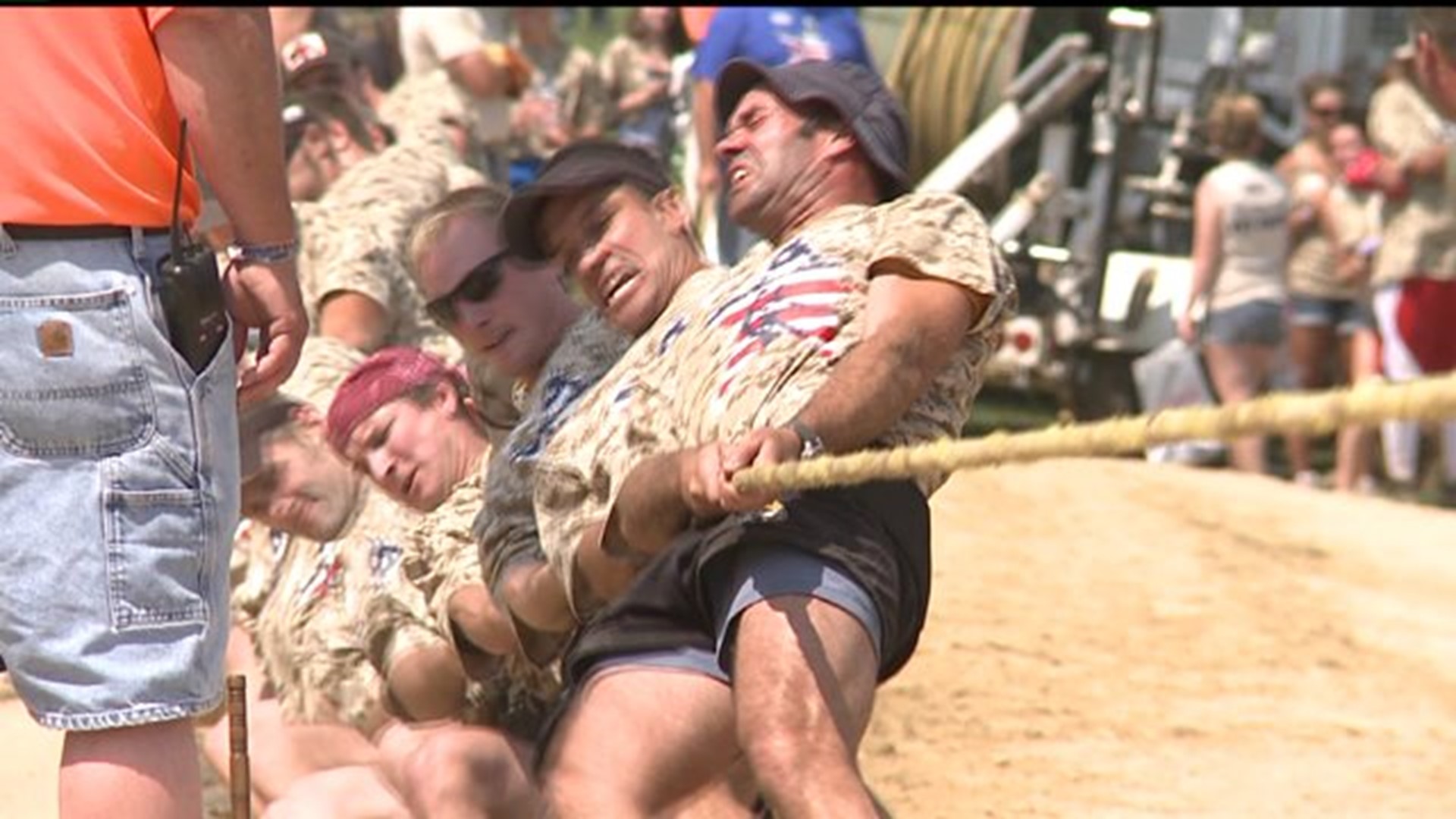 The trophy is back in Illinois after a battle between two cities across the Mississippi River was settled for another year.

Port Byron, Illinois prevailed over LeClaire, Iowa at the 28th Annual Tug Fest. The three day festival, August 7 – 9, is the only event in the country that spans two states and crosses the Mississippi River.

On Saturday, the final day, a 2,400-foot-long rope, weighing 680 pounds, spanned across the river between the two towns. Eleven teams from each town competed against each other trying to win a massive game of tug of war.

Port Byron won Tug Fest and took home the coveted “Alabaster Eagle in Flight” trophy, as well as bragging rights for a year.

As teams prepared for the war on Saturday, families enjoyed bands, carnival rides, food, a parade and more. The theme for 2014 was "Defending Our Eagle," as a salute to the U.S. Military.  Proceeds from "Tug for a Cause" went to the Wounded Warrior Project.