A nonprofit store that serves the Riverdale School District has packed up and moved from a leased space along the city limits of Port Byron to a blank canvass o... 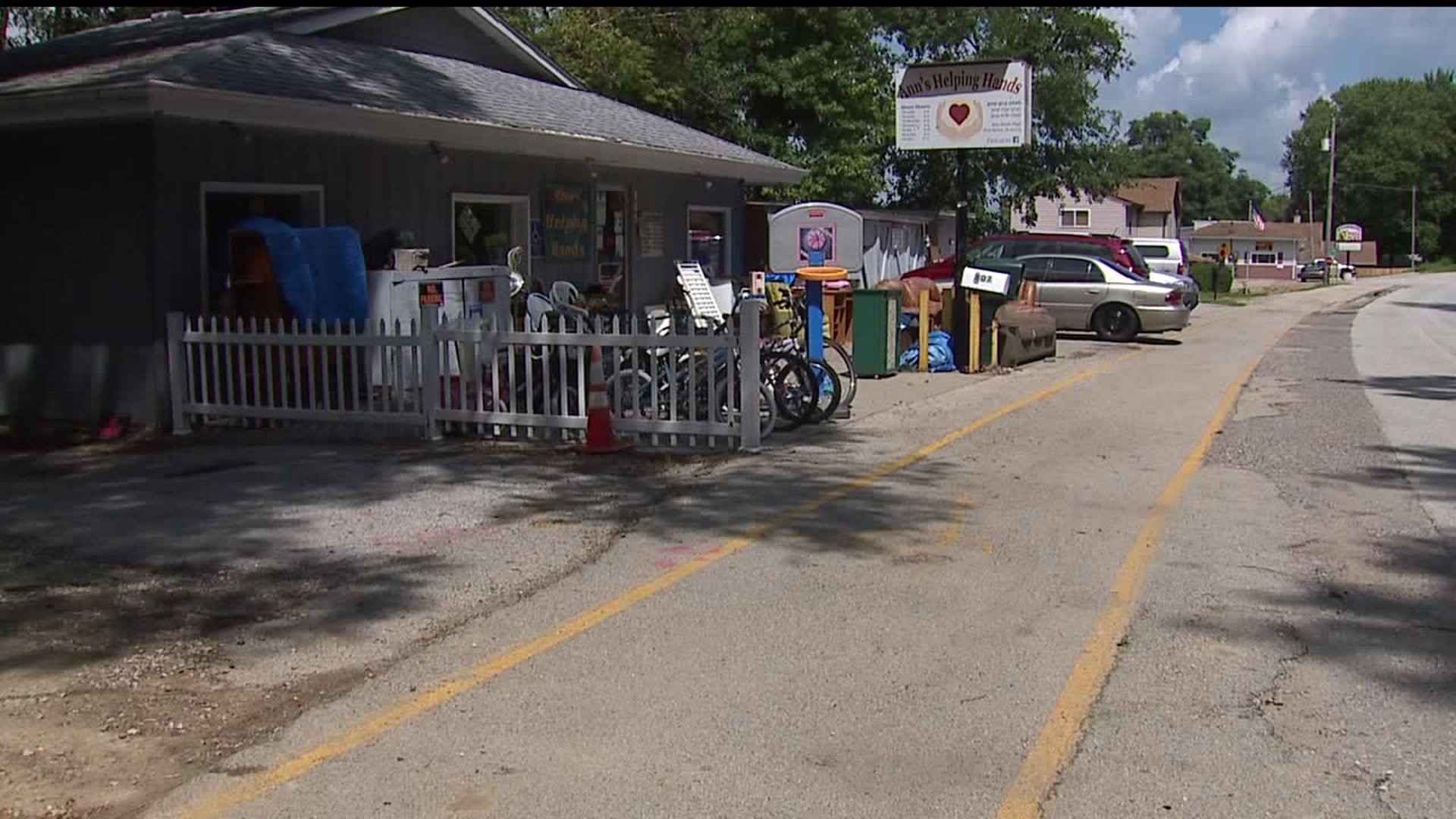 PORT BYRON, Illinois -- A nonprofit store that serves the Riverdale School District has packed up and moved from a leased space along the city limits of Port Byron to a blank canvass on the property of a church.

The decades-old 501(3c) organization, "Ann's Helping Hands," is planning to build a new facility on a portion of a church property that they are leasing.  It was announced on Tuesday, Jun 4 that the First United Methodist Church of Port Byron agreed to lease part of their property to the organization.

The move came after their lease was cut, prompting their official closure in March of 2019.  From there, staff searched for a new space, ultimately landed at the church grounds.

“I just view myself as a liaison,” said McCarrell. “When I was working in the school and seeing those kids one-on-one, it’s easy to say there’s 18% on free or reduced lunch, it’s easy to say there’s two kids in that classroom that don’t eat ever. But when you see their faces, and you know they’re not eating, you know they’re not safe on weekends, that’s when it becomes personal. If I could do something to make them feel safer or have better self-esteem, feel warmer, or not hungry, then that’s what I thought was important.”

Once the building is up and the nonprofit is running again, McCarrell said she plans to step down and let other staff take over.