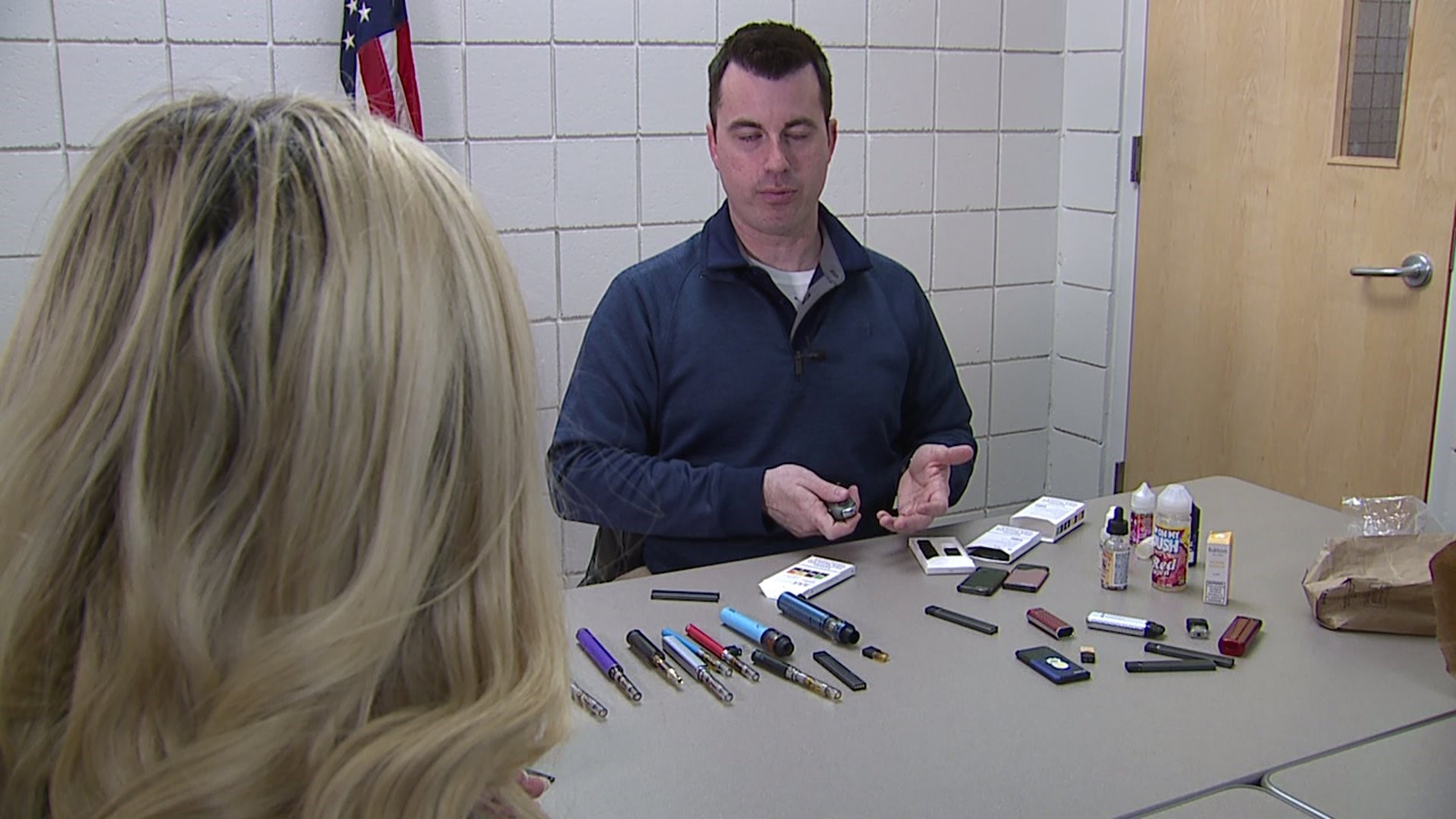 MOLINE, Illinois  --  The FDA is moving ahead with plans to cut down on teen vaping, with a proposal to get flavored e-cigarette products out of stores. The new plan was announced Wednesday, March 13th. If passed, convenience stores and gas stations would be banned from selling most of the products.

Moline Police and Rock Island County Sheriff's Department say they have seen an increase with teens vaping in the area.

"We have noticed an increase in juveniles possessing both vapes and vaping devices, used for vaping nicotine and vaping marijuana," Detective Ryan Brownell, Moline High School’s liaison officer said. "We have probably got a couple dozen over the course of a week or two."

The vapes come in all different shapes, sizes, and disguises.

"Parents might look at it and think it's a thumb drive, an i-pod, or something else other than a device used to smoke or vape drugs," Brownell said.

Police said cannabis oil and nicotine can be smoked out of any vape pen.

"Any of the devices you see, you could smoke nicotine, THC liquids, or flavored water out of," Brownell said.

"I haven't seen or read a vape juice bottle that says it doesn't have nicotine in there," Mendoza said.

In Rock Island County, a teenager under the age of 18 can get a $25 fine for smoking nicotine out of a vape. Anybody smoking THC oil out of a vaping device can receive a $350 ticket for possession of marijuana and drug paraphernalia.

The oils can come in fruity flavors, but there are telltale signs if it is nicotine or marijuana.

"The quickest way to tell is whether it is marijuana or nicotine is smell," Brownell said. "THC oil will usually have the traditional marijuana smell."

It is Illinois state law that tobacco products are not allowed on school property. Both officers say student's vape pens are confiscated on school grounds and proper tickets are issued.

The FDA is set to finalize the new proposal next month.