The investigation began after doctors at a Peoria hospital questioned the cause of injuries. 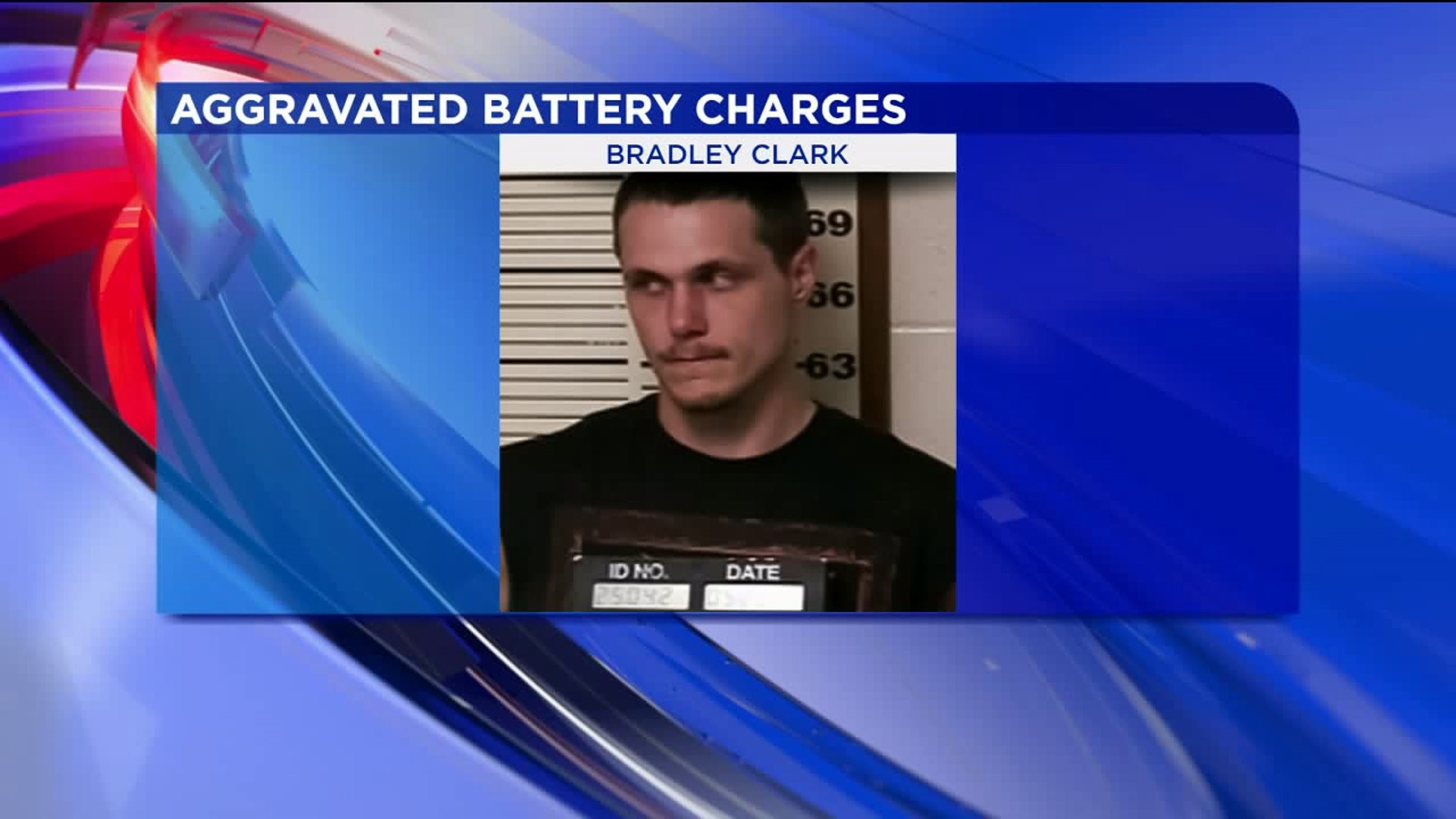 Bradley Clark, 27, was arrested and booked into the Mercer County jail after admitting to New Boston Police that he injured the child, according to police.

The baby's mother said the infant was injured on May 16 while she was at work. She said that Clark brought the baby to her place of employment several hours after he claimed she slipped and fell in the bathtub. According to Nila Janes-Carle - who's son was previously married to the baby's mother and remains a close family friend - Clark allegedly said he had to grab the baby by the face and neck to keep her from falling.

The mother took the baby to the hospital in Aledo and she was initially told there were no serious injuries. However, the next morning, the baby was coughing and the mother took her back to the emergency room where X-rays revealed that the baby had two fractured ribs. At that point, the baby was transferred to a hospital in Peoria for further treatment. The baby's mother and doctors there called police and reported the incident to the Illinois Department of Children and Family Services, which began an investigation.

According to Janes-Carle, doctors informed the family that it appeared physical abuse had been going on for a month.

New Boston Police said Clark admitted to injuring the child following the investigation. They would not comment on the injuries, due to the ongoing investigation.

Janes-Carle said the baby remains in the hospital under observation but she "is doing good." A restraining order preventing Clark from having contact with either the baby or mother has been filed, she added.