Man in custody after gunshots were reported in Moline

Police were on scene near 7th Street and 20th Avenue were gunfire was reported Tuesday morning, August 15th. 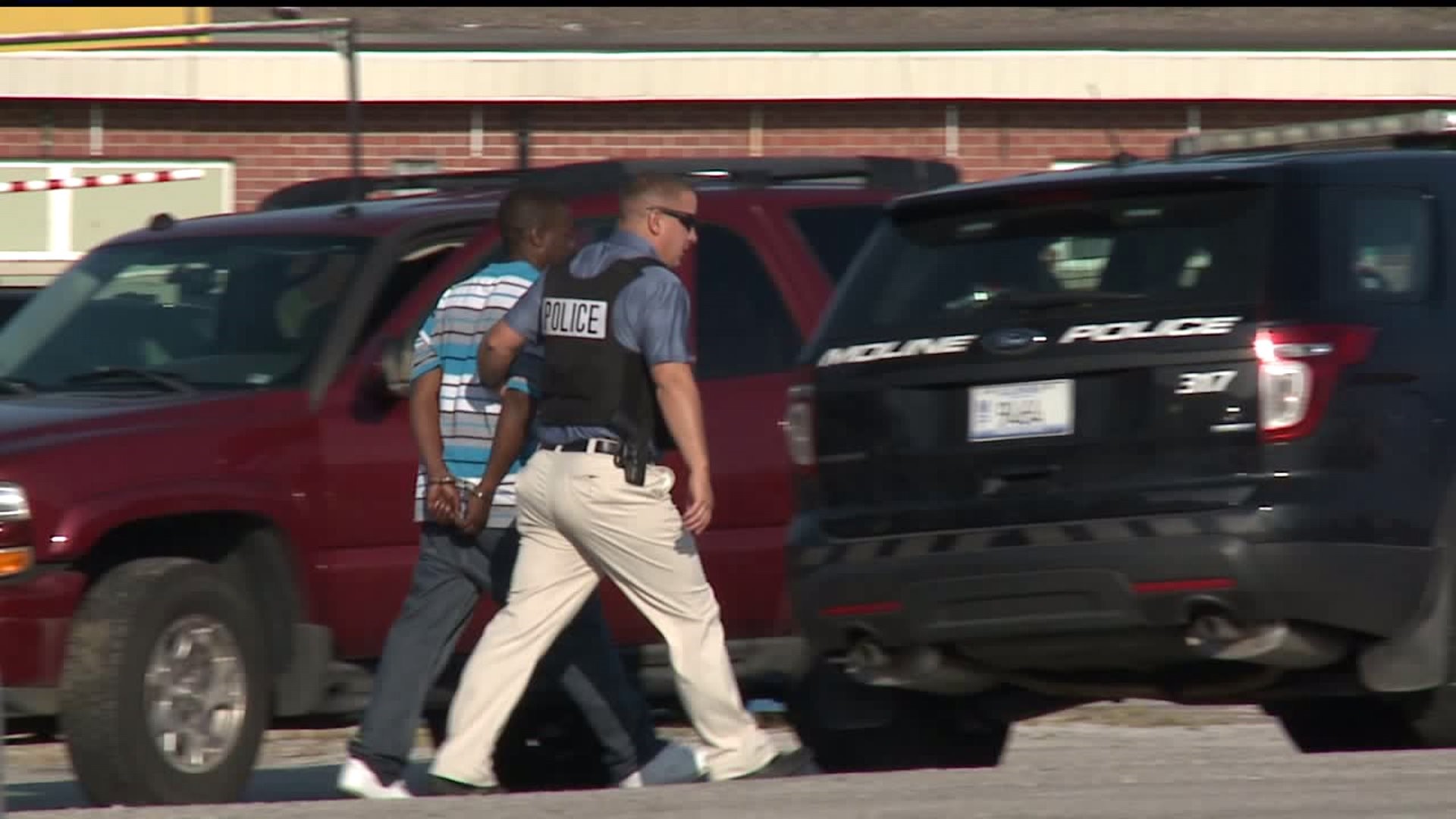 MOLINE -- Police were on scene near 7th Street and 20th Avenue were gunfire was reported Tuesday morning, August 15th.

It all started around 7:25 a.m. when police were  called to 12th Street and 12th Avenue for a complaint about a protection order violation that started in Bettendorf, according to a statement from the Moline Police Department.

Law enforcement was getting location information on the suspect, identified as 37-year-old Fredrick L. Gay, from the person who called 911, the statement said.

In the statement, police said Gay got out of a vehicle near the intersection of 7th Street and 19th Avenue in Moline, where someone "observed him with a firearm."  He allegedly shot a firearm while running westbound toward 10th Avenue.

A Moline detective who was headed to work saw Gay running and started chasing him on foot, said the statement.  The detective then followed him to a home in the 500 block of 20th Avenue.

Amid the commotion, a witness told News 8 that he had heard two gunshots and saw someone run across 7th Street.  The witness also said he saw somebody throw a gun and a jacket onto a porch in the area.

Police said "(a) witness observed Gay open up an upstairs window and throw something out on the roof."

Gay was taken into custody, and was questioned at the Moline Police Department.  He was then taken to the Rock Island County Jail on charges of aggravated discharge of a firearm, possession of a firearm by a felon, and violation of an order of protection.

During the investigation, several residents were evacuated from their homes and 7th Street was blocked off for a short time.

Man in custody after gunshots were reported in Moline