Boating season got off to a late start this year due to record flooding in the spring. 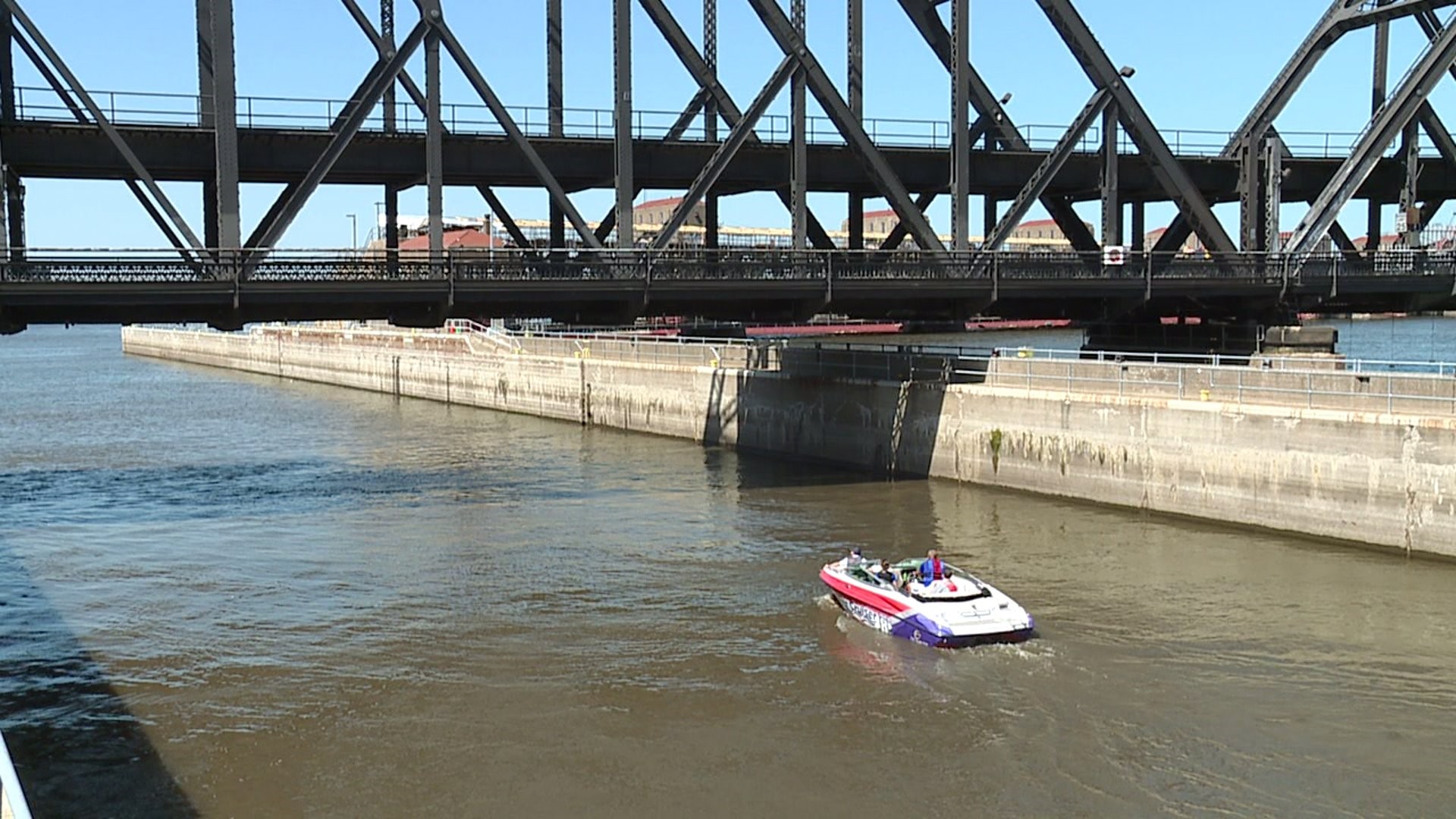 ROCK ISLAND, Illinois -- Boating season got off to a late start this year due to record flooding in the spring. Now, recreational boaters are sharing the Mississippi River with big barges and other vessels -- and all of them have to use the locks managed by the Army Corps of Engineers to get from one part of the river to the next.

Communication is key on the Mississippi. Boaters can call ahead or pull a signal cord to alert staff at the lock that they want to pass through. But the most effective means of communication is the radio.

"The last one specifically was Lock 15 talking to this pleasure boat because they need to know if they're going to clear because of their height and how big they are."

As a full 15-barge tow locks through the main chamber and heads downriver, several recreational boats could be seen queuing for the auxiliary lock to head upstream.

"We can probably follow them in because they're going to put us all in together at the same time," said McKean.

The government bridge could be seen swinging open to accommodate the large pleasure boat. Typically, recreational boats can pass underneath without issue.

The lock and government bridge are situated next to the world's largest operating roller dam, which generates some electricity. Boaters are advised to stay at least 150 feet away from the dam on the downriver side; 600 feet away on the upriver side.

The dam also creates a difference in river levels on the two sides. The only way from the low side to the high side is through the lock. A horn signals to boaters that they are clear to enter. Lock staff toss ropes down for boaters to grasp as the gravity-operated system fills or empties the chamber.

"So think of it like an elevator, right?" said McKean.

Once the gate opens fully, another horn will sound and boaters are once free to exit through to the other side.