Creston High School administrators say they took action on the post as soon as they were made aware of it. 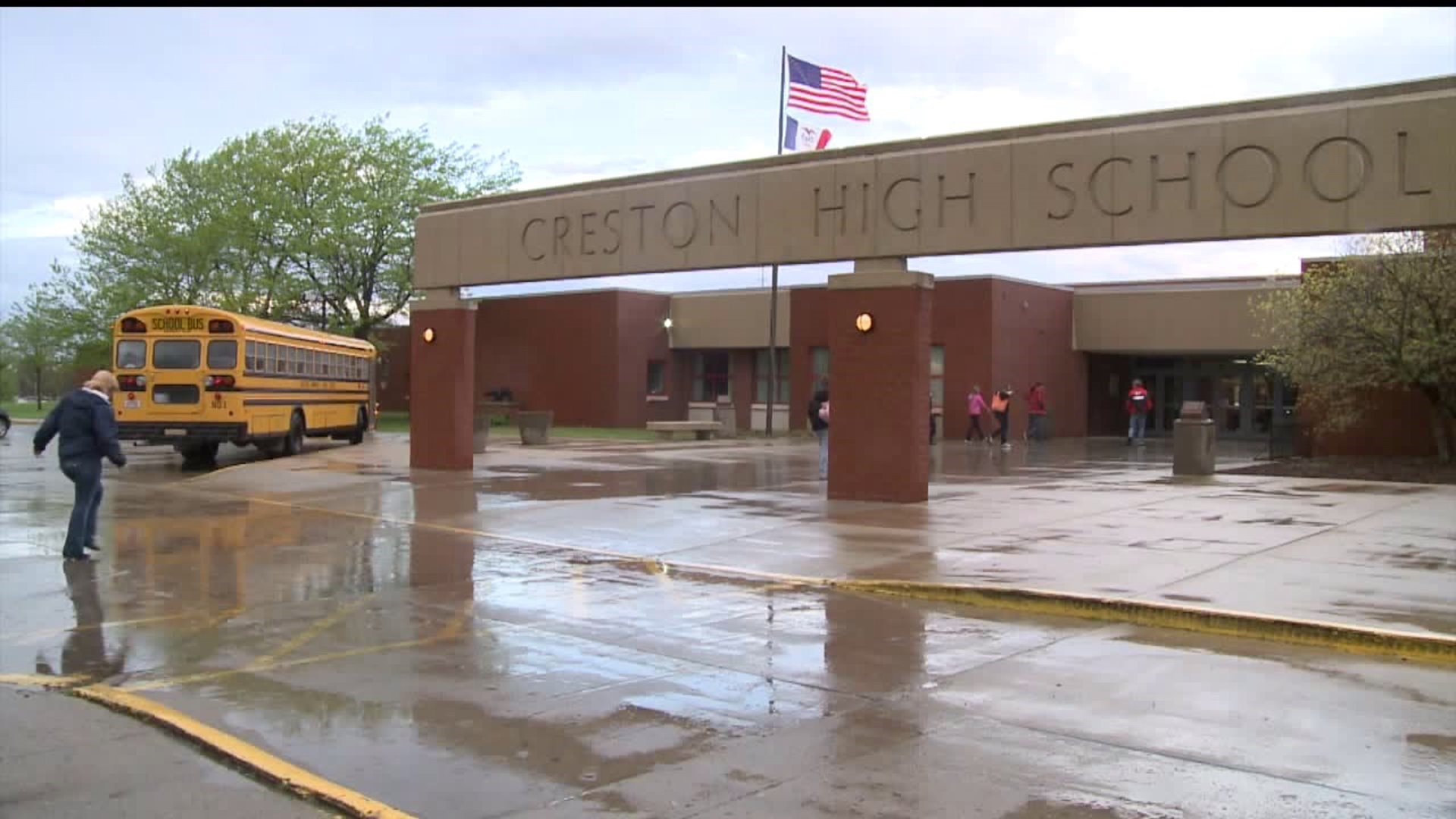 CRESTON, Iowa — A group of Iowa high school students are being disciplined for posting a photo on social media depicting them burning a cross while wearing white hoods, according to WHO.

The photo started circulating on social media on Wednesday morning. In the photo five people can be seen wearing KKK-style white hoods while burning a cross and holding a Confederate flag. One of the boys in the photo is also holding a rifle.

Creston High School administrators say they took action on the post as soon as they were made aware of it.

“This picture does not represent (Creston Community High School), our school system or our community,” Principal Bill Messerole said in a statement released by the district, “We are proud of how our students and staff conducted themselves today after the picture became public. It is of the utmost importance that our students feel safe and welcomed in our district.”

The names of the students involved have not been released. The school also will not say what punishment the students received.

A current member of the Creston football team reached out to WHO anonymously to speak on behalf of his teammates. Here is his statement:

“As a current student at Creston and a member of the football team I would just like to make a statement. The five individuals that were involved with the picture are clearly in the wrong and they will face the consequences eventually. But I can promise everyone that as a whole our football team and community aren’t about that. The actions made by a small group shouldn’t represent the entire football team and community. I’m proud to be a part of what this team is actually about and it’s sad to see something like this ruin a rich tradition we carry.”