The Eagles are the first NFL franchise to open a sensory room, constructed in the off season, exclusively for fans with sensory challenges who might need to dec... 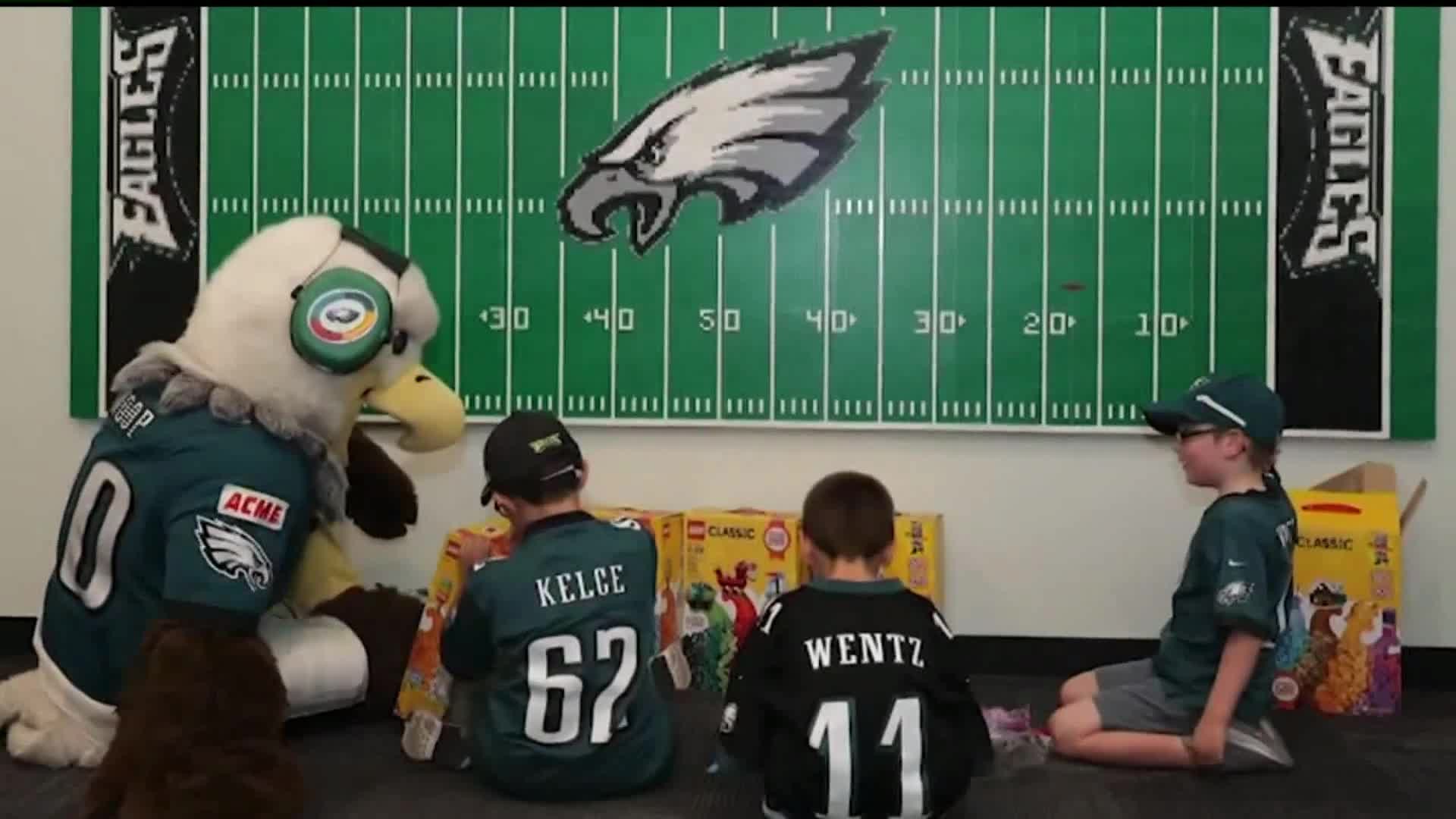 (CNN) -- The "no reentry" rule that's applied at most major venues can make a family coping with sensory needs think twice about whether they go to an event like a professional football game.

The Philadelphia Eagles built a sensory room in their Lincoln Financial Field so those fans don't have to feel left out.

The Eagles are the first NFL franchise to open a sensory room, constructed in the off season, exclusively for fans with sensory challenges who might need to decompress from all the excitement and noise happening out by the field.

KultureCity, a nonprofit based in Birmingham, Alabama, helped the Eagles get the stadium up to "sensory-inclusive" certification standards. The Children's Hospital of Philadelphia (CHOP), which has worked with the Eagles on autism advocacy initiatives in the past, sponsored the room.

Every guest services stand in the stadium now offers "sensory bags" filled with tools like noise-canceling headphones, fidget tools, verbal cue cards and weighted lap pads, the Eagles said in a news release. For fans who might get too overwhelmed by the loud noises and bright lights on the field, the sensory room offers a quiet spot to regroup.

"They can't see the field, but that's kind of on purpose, so they can take a break, center themselves and rejoin the experience," Ryan Hammond, executive director of the Eagles Autism Challenge, told CNN.

One in 59 children has been identified with autism spectrum disorder (ASD), according to the US Centers for Disease Control and Prevention. And sensory tools aren't just for individuals on the autism spectrum -- One in six children in the US have a development disability, a CDC study says.

The goal, KultureCity Chief Operating Officer Uma Srivastava says, is to "prevent social isolation for those with sensory needs. We provide sensory tools and recommendations to make simple modifications so an individual with sensory needs is able to enjoy anything."

The KultureCity app also offers a "social story" experience for all of their sensory-inclusive certified venues, so families can prepare for their experience and know what amenities are available.

As a part of the certification about 700 game-day and full-time Eagles employees were trained how to recognize and help fans who might be experiencing a sensory overload situation, Hammond told CNN.

Even the Eagles mascot, Swoop, prepared how to best visit with fans with sensory needs.

One dad who brought his twins to the soft opening of the sensory room during a general admission team practice on August 4, said the beaked mascot made his kids feel comfortable.

"Instead of flailing away, he was quiet and subdued, and gave them hugs and shook their hands. He demonstrated exactly what the kids needed," Victor Ykoruk told CNN.

Ykoruk's 10-year-old twin sons, Jack and Ryan are both diagnosed on the autism spectrum. The open practice was the boys' first experience with the Eagles playing live, and since then, their dad says he can't get them to take off their Eagles shirts.

Ykoruk says the sensory-inclusive amenities make a football game something his family can participate in. "It removes the stigma that it's a raucous situation and all crazy."

"To me it means the world because you grow up loving this team. I couldn't be more proud of them, it gives me a big teaching tool to teach my boys about sportsmanship and camaraderie and doing the right thing and giving back to a community," Ykoruk told CNN.

The sensory room officially opened for fans during the Eagles preseason opener against the Titans on Thursday.

Autism advocacy has become a passion project that the Eagles franchise has embraced under team CEO and chairman Jeffrey Lurie. Lurie's brother is diagnosed on the spectrum, and his family and the Eagles foundations have donated millions to research and awareness initiatives.

"In this moment, we are creating a major shift from autism awareness to action," Lurie said in a press release about the sensory room opening.

There will be nine NFL football franchises this season that will be considered sensory-inclusive certified, and make sensory bags available to fans who might need them. They are the New York Giants, New York Jets, Buffalo Bills, Denver Broncos, Houston Texans, Pittsburgh Steelers, Indianapolis Colts, Minnesota Vikings and Jacksonville Jaguars, according to Srivastava.

KultureCity started working with professional sports teams in 2016. The NBC Cleveland Cavalieres were the first to certify their stadium. Now 21 NBA teams are sensory-inclusive certified and three more are onboarding with KultureCity, according to Srivastava.

The initiative has grown organically, Srivastava says, mostly through word of mouth. Former NFL star Tiki Barber is also an advocate for KultureCity and she says has helped the initiative grow in the league.