Honking horns, peace signs, and hello’s were exchanged Saturday. But this is nothing new for a Saturday afternoon in Moline. Over the past eight years, Caryn Un... 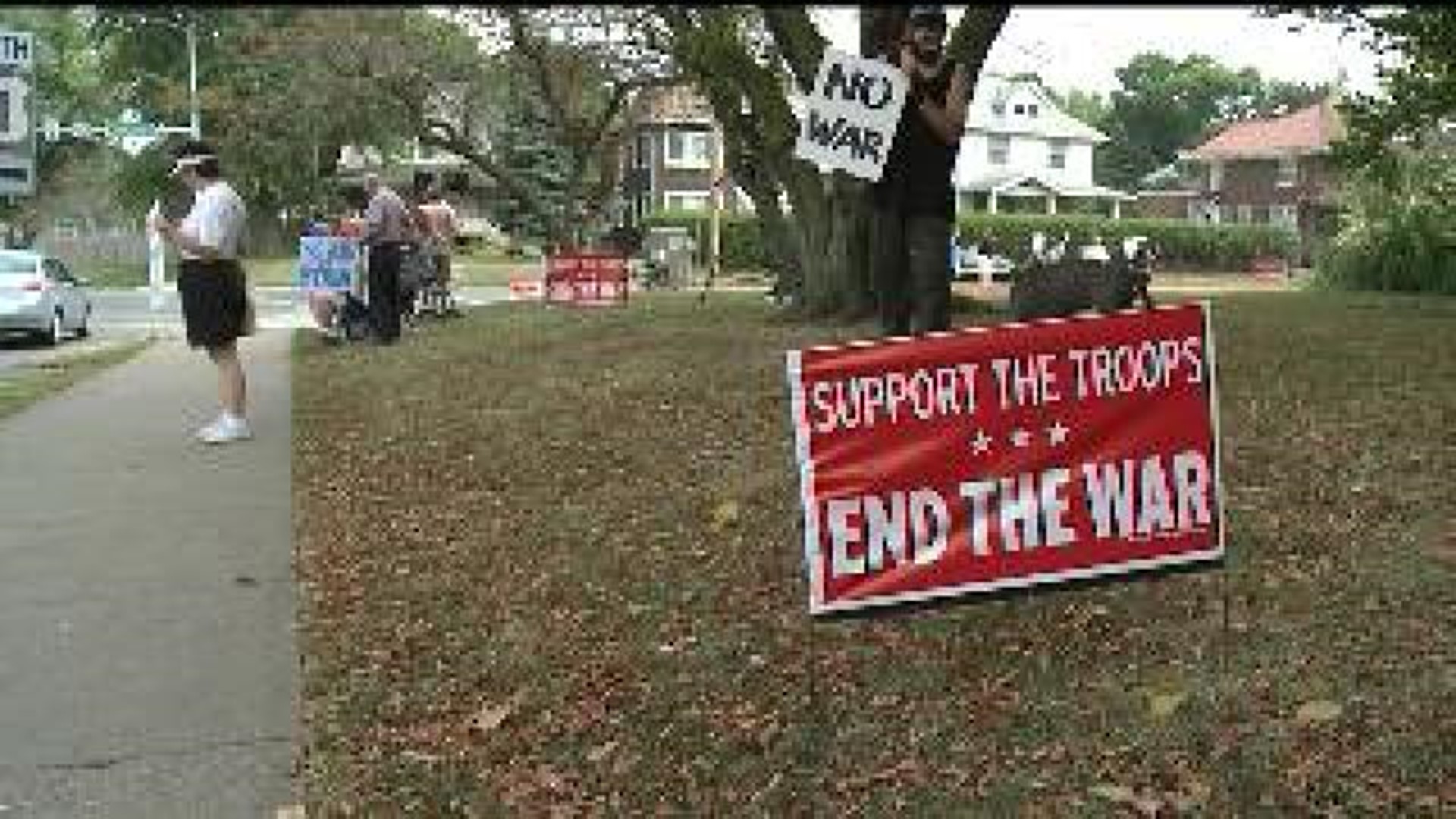 Honking horns, peace signs, and hello’s were exchanged Saturday. But this is nothing new for a Saturday afternoon in Moline.

Over the past eight years, Caryn Unsicker and a group of people have gathered on the corner of 16th Street and John Deere Road. Their goal is to peacefully protest against the US involvement in Iraq and Afghanistan.

Weathering mother nature, the group has seen the coldest and hottest days of the year.

But, they are focused on spreading the word of peace.

“We spend trillions on two wars we shouldn’t even be in,” said Unsicker.

Caryn Unsicker knows the heartaches that war can cause.  Her son was deployed to Afghanistan and Iraq, each two times.

But her son came back. Thousands of men and women have not been so lucky.

Bringing back memories of the Vietnam War for Unsicker.

“I protested that war and I never thought I’d see two of them in my lifetime,” Unsicker said.

Now the wars are slowing down and troops are coming home. The protestors for peace will be “suspending” their vigil, but will come back if they feel needed.

The vigil may not last forever, but their experiences and friendships they have made, will last a lifetime.