Two hundred passengers got on the Celebration Belle riverboat only to go nowhere because of damage to the vessel’s rudder. 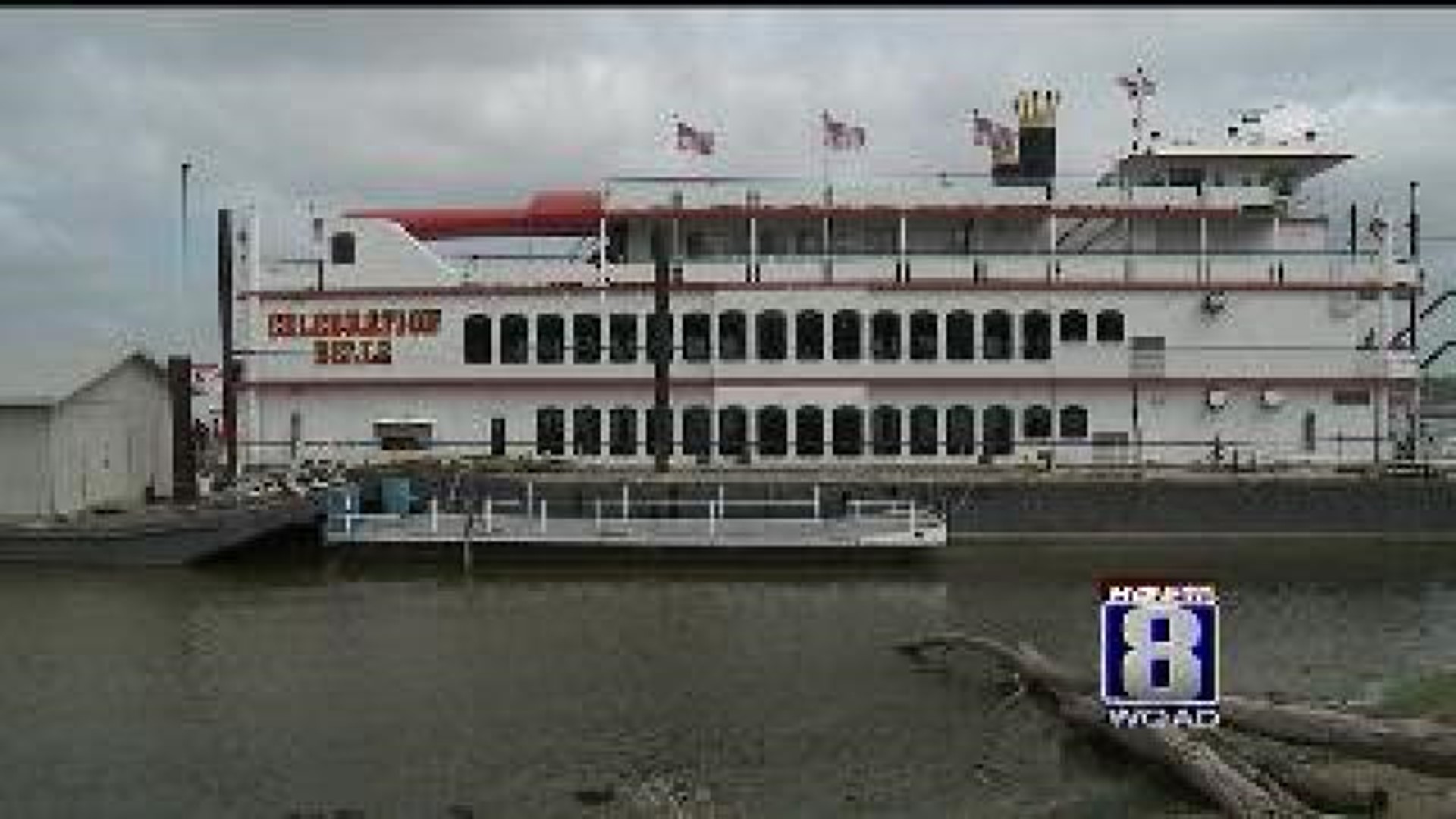 MOLINE - A rudder below the Celebration Belle's ship caused it to completely cancel two trips Thursday.

One was supposed to leave the area around 11 a.m. However, it never did because the Belle's rudder still wasn't fixed.

"The boat was supposed to take off at 11 o'clock," passenger Shirley McConnell said. "It never did."

McConnell came in from Irwin, Iowa. The problem some had with the company is that they never told passengers the boat had gotten stuck on a sand barge the night before just north of Campbell's Island.

A scuba diver was under the boat Thursday morning trying to fix the Belle's rudder. However, he could never do it. The passengers stood on the boat for four hours, wanting to leave to go on the excursion. However, the boat could never leave Moline.

"Their rudder is bent," one of the scuba workers told News 8. "We're trying to repair it to try to make it move again."

200 passengers got on the boat Thursday morning. They watched the scuba divers over the railing trying to fix the rudder.

The Belle did tell the passengers before it tried leaving that it did have a problem with its rudder. At that time though, the company thought it could fix the part of the ship in a short amount of time.

"I wouldn't say they lied," McConnell said. "But they misrepresented."

The ship still did serve food and drinks while the 200 passengers were on the boat. The 6:30 p.m. ship that was supposed to sail Thursday night was completely cancelled, so nobody got on the boat.